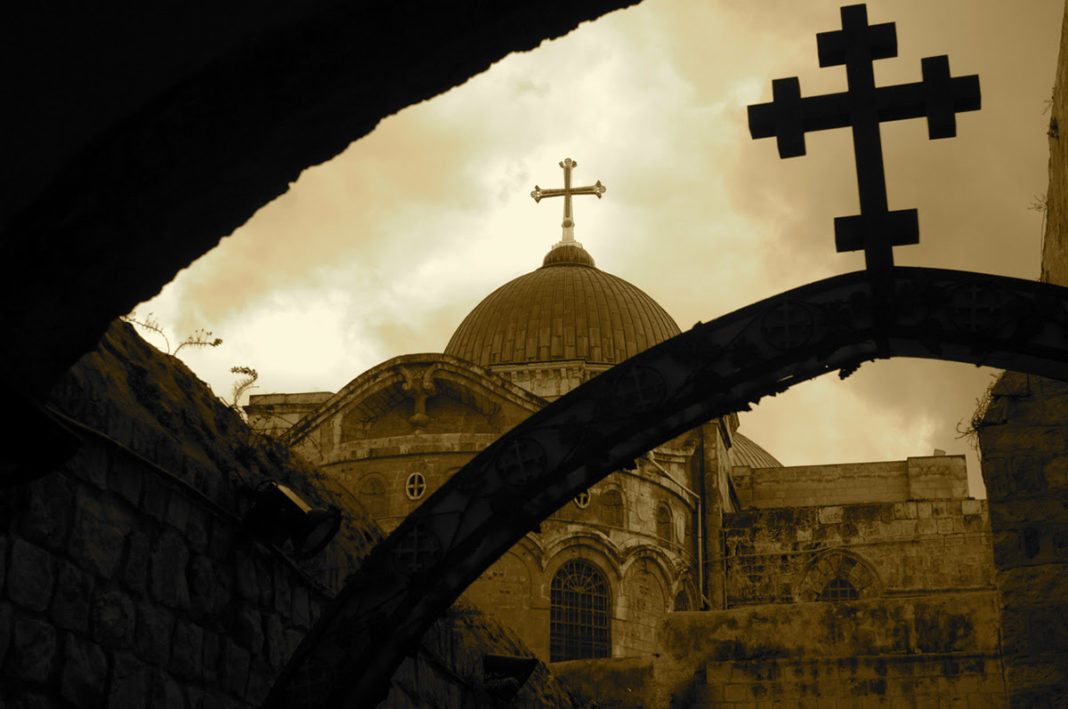 The Order of Saint Andrew, Archons of the Ecumenical Patriarchate, notes with sorrow and dismay that the Israeli Knesset is once again attempting to pass a law that would allow for the confiscation of Church owned-lands.

The implications of this discriminatory bill cannot be overstated. The “Proposed tenant rights law on leased land that was sold,” introduced by Member of the Knesset Rachel Azaria, exclusively effects lands own by Churches, not Jewish- or Muslim-owned lands. It is scheduled to be discussed by the Ministerial Committee for Legislation this Sunday, October 21.

This bill is a new version of a previous bill introduced by MK Azaria last February, which led the heads of the Churches in Jerusalem to order the closure of the world’s holiest site for Christians, the Church of the Holy Sepulcher, as an act of protest.

At that time, Israeli Prime Minister Benjamin Netanyahu appointed Minister Tzachi Hanegbi to head a new committee to deal with this matter, and assured the Churches that “during the work of Minister Hanegbi on this subject, all legislation shall be suspended.” On July 3, Netanyahu personally reiterated assurances to Church leaders that such legislation would be halted.

The introduction of this bill in its new form and its pending consideration this Sunday constitutes a flagrant disregard of the Prime Minister’s decision to halt the passing of the bill. It also contradicts assurances that Minister Hanegbi gave to the Churches, and stands as a threat to the relations between the Churches and the State of Israel, as well as to the Status Quo governing the various Christian Holy Sites in Jerusalem.

As Theophilus III, the Greek Orthodox Patriarch of Jerusalem, Francesco Patton, Custos of the Holy Land, and Nouran Manougian, the Armenian Patriarch of Jerusalem, noted during the crisis over this initial bill last February: “The systematic campaign of abuse against Churches and Christians reaches now its peak as a discriminatory and racist bill that targets solely the properties of the Christian community in the Holy Land is being promoted….This reminds us all of laws of a similar nature which were enacted against the Jews during dark periods in Europe. This systematic and unprecedented attack against Christians in the Holy Land severely violates the most basic, ab antiquo and sovereign rights, trampling on the delicate fabric of relations between the Christian community and the authorities for decades.”

The same can be said of this new version of the bill. The Order urgently requests that Prime Minister Netanyahu abide by the assurances that he and Minister Hanegbi previously gave to the Churches. We ask that the discussion of the bill this coming Sunday by the Ministerial Committee for Legislation be canceled. Above all, we request that all relevant Israeli authorities issue a definitive assurance to the Churches that legislation of this kind will be definitively and permanently rejected, and the property rights of the Churches respected.

Such an assurance is vital to protect the freedom and vitality of the world-historical and all-important Christian holy sites of Jerusalem, and the peaceful relationship between the Churches and the State of Israel.

Together with all the Churches in the Holy Land, we stand united, firm and resolute in our determination to protect our rights and our properties. May the Holy Spirit answer our prayers and bring a resolution to this historic Crisis in this venerable Patriarchal city of our Church.

Photo Caption:   The Church of the Holy Sepulcher in Jerusalem.