The Press Club Honors Paul Kotrotsios and the Outgoing Board Members 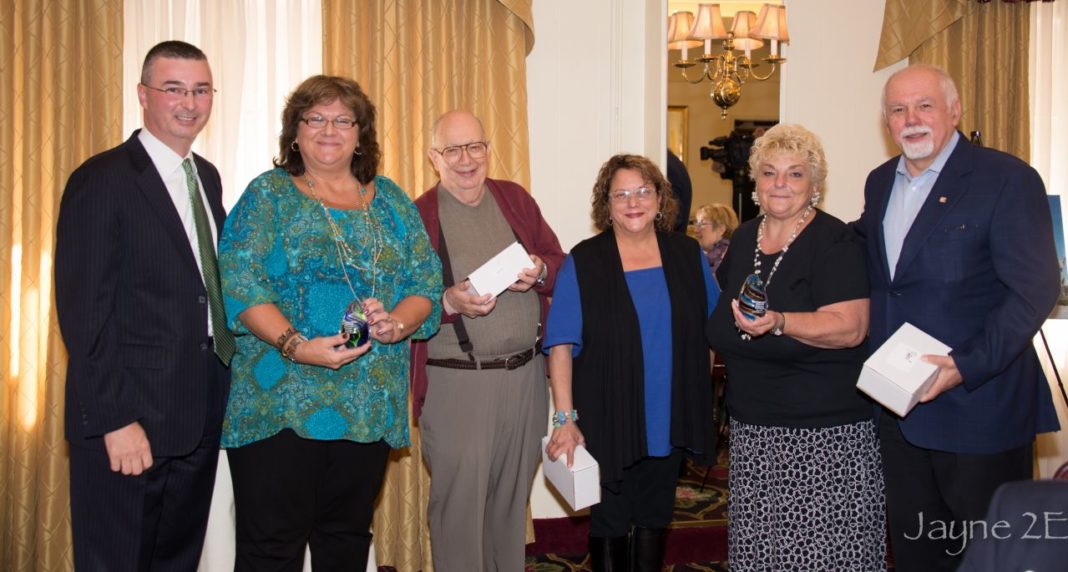 Philadelphia, PA. – On September 17, 2014, Bill Tyson, current President of The Press Club Serving the Philadelphia Suburbs, presented the outgoing Board Members a Service Award of appreciation for their support. The Awards were presented at the Press Club Luncheon at the historic Towne House restaurant in Media, PA. Guest speaker, the Honorable Don Guardian, Mayor of Atlantic City, NJ presided over the event.

Paul Kotrotsios is the Founder and Publisher of the Hellenic News of America which has been serving the Greek American community since 1987 with uninterrupted service in PRINT and now on the WEB and SOCIAL MEDIA. www.hellenicnews.com.  He is also the Founder & President of the Hermes Expo International to be held for 24 consecutive year on March 24, 2015 at the Best Western Hotel in Concordville PA. www.hermesexpo.com

The Press Club Serving The Philadelphia Suburbs is comprised of professionals from the fields of communications, including print and broadcast journalism, public relations, marketing, writing and photojournalism, as well as teachers and students. Currently there are more than 225 members.