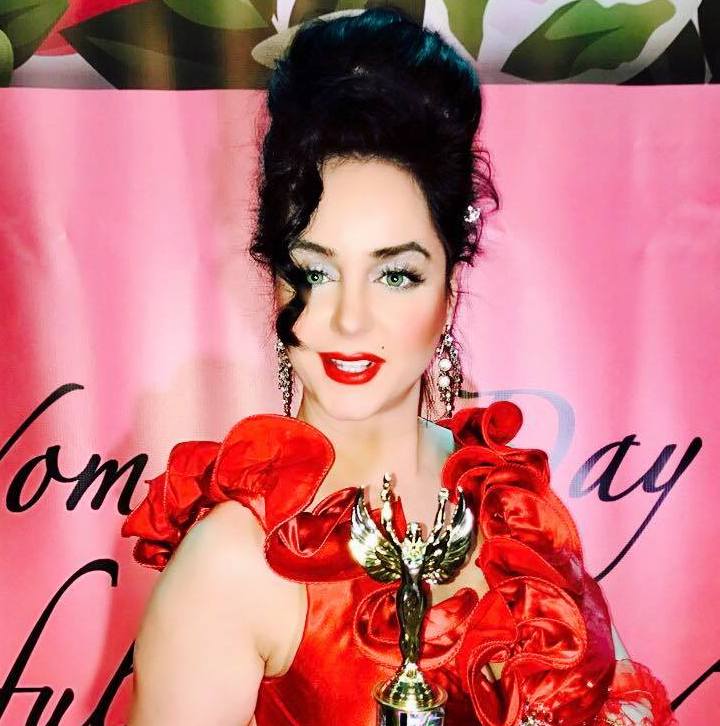 It has been with no doubt an adventure for the growing star of Despina Mirou who has lit up the screen and stage multiple times. A native of Greece she has managed to break into American TV and cinema not to exclude stand-up comedy. So far, she has worked with such artists like Peter Bogdanovich, Laine Kazan and Renee Taylor. She has soaked up their advice and ideas as she worked with them on different projects.

Her list of films is lengthy which she strives to improve with every role. Recently, she was part of the Netflix comedy TV series “On My Block” where she joined other young aspiring actors like Brett Gray and Jessica Garcia. That series received “Teens Choice Award” for favorite comic series which was awarded by the audience. The DP of that series was Spike Lee’s Director of photography, Tommy Madoxx. Her actual first appearance on American TV was for the HBO drama series “Show me A Hero” with Oscar Isaak, directed by the great Paul Haggis (Crush, Million Dollar Baby). Despina also starred in the dramatic series “The Mother Sacrifice” for Sony Pictures channel. She also appeared in the Amazon Prime series “Vamp Bikes” series where she played Queen Fellini, a psychedelic queen.

Her first real break came when she worked with Peter Bogdanovich in the project “The Cat’s Meow”. She admits she owes a lot to him for his direction and expertise in the field. Despina also worked with Faye Dunaway in the drama action film “American Connection”.

“It was a fortunate unbelievable collaboration and I feel very lucky! Faye is a living legend; she is very generous on set and she is very attractive as a woman. Even when I was not acting, I carefully watched her performance and learning a lot! Working with such amazing actors and directors has helped me to become not only a better actress, but also a better person!”

As we mentioned earlier Despina took on a new path with stand-up comedy and has so far left a laughing impression. She began her mission with stand-up at the “New York Comedy Club” on Halloween. Her act was impersonating Lucille Ball which went over very well that is when her present manager Mark Pritcher discovered her. Since then she has banged out 200 shows in 2019 alone. She has graced the stages at the “Comedy Store” and “Laugh factory” in LA, “New York Comedy Club”, “Caroline’s” and “Gotham” in NY.

So far, she has won the “Best Stand Up Comedian” award two times. One of her favorite acts is impersonating famous people like Lucile Ball, Al Pacino, Melania Trump, Nancy Pelosi, Joan Crawford, Sofia Vergara, Ozzy Osbourne, Judge Judy and more.  One of her more prestigious awards was for “Woman of the Year 2020″ in LA on behalf of the state of California for her Humanitarian and activism work.  Despina has been a member of Amnesty International helping refugees around the world and for her help to children with Autism, in LA Children Hospital”.  She is also a member of PATH (people assist the homeless) in Los Angeles.

“I am very sensitive for the people suffering from different causes. I would like all the humans to be peaceful, healthy and happy. I was honored to receive an “ASSEMBLY Certificate of Recognition” from the Legislature of California, about my hard work and dedication to the advancement of women of the 46th District.”

Even though with the unfortunate situation gripping the world Despina is still on the move behind the scenes. She was working before on collaborations with members of the “the legendary band Pink Floyd” doing concerts and hopes to continue to do so. If all goes well, she is due to shoot a project about the love affair between Liz Taylor and Richard Burton which will be a British production.  The director on that film is Paul Wiffen featuring actor Ed Ward as Richard Burton. Despina will be playing Liz Taylor which she is more than honored to do. In addition, she is due to play in a biographical film about Lucille Ball. Which is very fitting since Lucille Ball is one of Despina’s all-time favorites and her inspiration to follow into comedy. She is also a nominee for “Best Actress Award” with the comedy film “Light Touch” in the Maverick film festival.

Like many others who are stuck home during the quarantine, Despina has used it to her advantage by completing two new books. One is about a dialect and the other about Astronomy (space traveling, parallel universe, space time etc.). Despina is not only a beauty icon and an amazing actress she is like “the female version of Jim Carrey” in comedy. She is an extraordinary talented comedian and already America’s new sweetheart as audiences are loving her work. In 2020 Despina will be committed to conquering Hollywood.