The U.S. Should Re-Evaluate its Strategic Alliances By Anastasia P. Kourtis
Featured

The U.S. Should Re-Evaluate its Strategic Alliances By Anastasia P. Kourtis 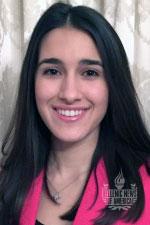 Recent events in the Eastern Mediterranean have demonstrated that the United States needs to place more emphasis on its relationship with Greece as a strategic ally. Bordering the Balkans to the west and north, Turkey to the east, and Egypt and Libya to the south, Greece is the only stable country in a critical geopolitical region. As a longstanding NATO (and pre-NATO) ally, investment in a stronger relationship with Greece is in the interests of the U.S.

While the United States has previously sought to depend primarily on Turkey for strategic objectives in the area, with good reason, the events of this summer have made Turkey’s instability and its unreliability as an ally overwhelmingly clear to the global community. Greece is a firmly democratic country, a historically friendly ally to the U.S., and a loyal NATO member with a Western orientation as a member of the European Union. Politically, it has often been open to collaboration with the U.S.

In light of Turkey’s instability, Greece therefore presents a strong alternative for the U.S. to invest through diplomacy and foreign policy. It is true that since 2008, Greece has been in a severe economic crisis. However, while the country is suffering economically, it is militarily strong. Despite the crisis and multiple austerity plans, the Greek defense budget has actually increased, making the Hellenic defense forces nearly equal in size and quality to that of Turkey, a country with a much larger population, territory, and economy. In fact, in June 2015, the Wall Street Journal reported that Greece was one of only five out of twenty-eight NATO countries to meet its treaty obligation to expend 2% of its GDP on military spending. The other four are the U.S., UK, Poland, and Estonia.

This summer I had the unique opportunity to meet with many Greek, Cypriot, and U.S. officials through the American Hellenic Institute’s Foreign Policy Study Trip to Greece and Cyprus. On this visit, we also had the opportunity to travel to Souda Bay on the Greek island of Crete, where we met with NATO military officials at the two NATO facilities, a Hellenic Air Force Base, and visited the U.S. Naval Support Activity base. I learned that the NATO facilities are unparalleled training installations, and are located at a critical geopolitical position. As the U.S. is the largest financial contributor to NATO, we should be making more effective use of the extensive facilities in Greece.

Furthermore, my experience at these facilities was overwhelmingly positive and inspired confidence. The Greek military personnel that staffed these facilities are highly trained, professional, intelligent, and conveyed integrity. They were also friendly, communicative, and speak English. When asked about relations with U.S. military officers, they attested that they frequently had close and open communications. We received similar information at the Headquarters of the Hellenic Navy. If it is clear that a strong relationship with Greece is in U.S. foreign policy interests, we should more extensively utilize the Greek-funded NATO facilities, and work to build a stronger partnership with Greece. Similarly, as relations with Greece have historically been overwhelmingly positive, why has the U.S. been slow to engage in a more active alliance?

The answer lies with Greece’s complex relationship with Turkey. At the N.M.I.O.T.C. (NATO) facility in Souda Bay, we learned that as a NATO member, Turkey makes extensive use of Greece’s NATO facilities. Just down the street at the Hellenic Air Force Base, the Greek colonel who briefed us noted that Turkish F-16 jets routinely invade Greek airspace and that Greece spends extensive resources redirecting them out of its territory. A few days later during our briefing at the Headquarters of the Hellenic Navy at Salamis, I asked the Commander of the Fast Boats Patrol Command how often Greek ships were needed to guide Turkish ships out of Greece’s Exclusive Economic Zone (EEZ). He replied, “daily.” This clear violation of the NATO treaty would be inexcusable to the U.S. were it not for our dependence on Turkey. Nevertheless, this behavior of one NATO ally towards another is intolerable.

Although the U.S. has pursued a strong alliance with Turkey, it is evident the already weak relationship will likely to continue to deteriorate. Turkey has repeatedly shown its apathy in adhering to the obligations of its alliance with the U.S. One egregious display of this indifference was Turkey’s demand for $30 billion from the U.S. to allow access to a military base near the Northern Iraqi border at the outset of the Iraq war in 2003. In February 2003, the New York Times reported that a senior U.S. official privately called this action “extortion in the name of alliance”. Many military analysts believe this outrageous demand, which the U.S. would not meet, severely hampered the initial invasion, and resulted in the prolonged war. Currently, with the problem of ISIS and the Syrian refugee crisis, it is questionable on whose side, or both, Turkey stands. The U.S. cannot afford to depend wholly on any unstable and undemocratic country in such a critical region.

Turkey could be an integral partner to the U.S. if this alliance were effective. It is not. Our futile commitment to this alliance is misguided and rooted in an outdated Cold War mentality. We should bolster new relationships elsewhere, rather than continue to make concessions to Turkey for nothing in return. Greece has proven to be a responsive and competent partner in a key geostrategic location, already equipped with excellent facilities and a history of friendly relations. The U.S. should be looking to build on its prior investments in Greece, not to repair already weak and fractured ties with Turkey.

Previous article
How Greece Can Revolutionize its Tourism Growth on a Minimal Budget By Jackson Dulgarian
Next article
A Greek American Perspective On International Relations All Americans Should Care About By Eleni M. Papageorge