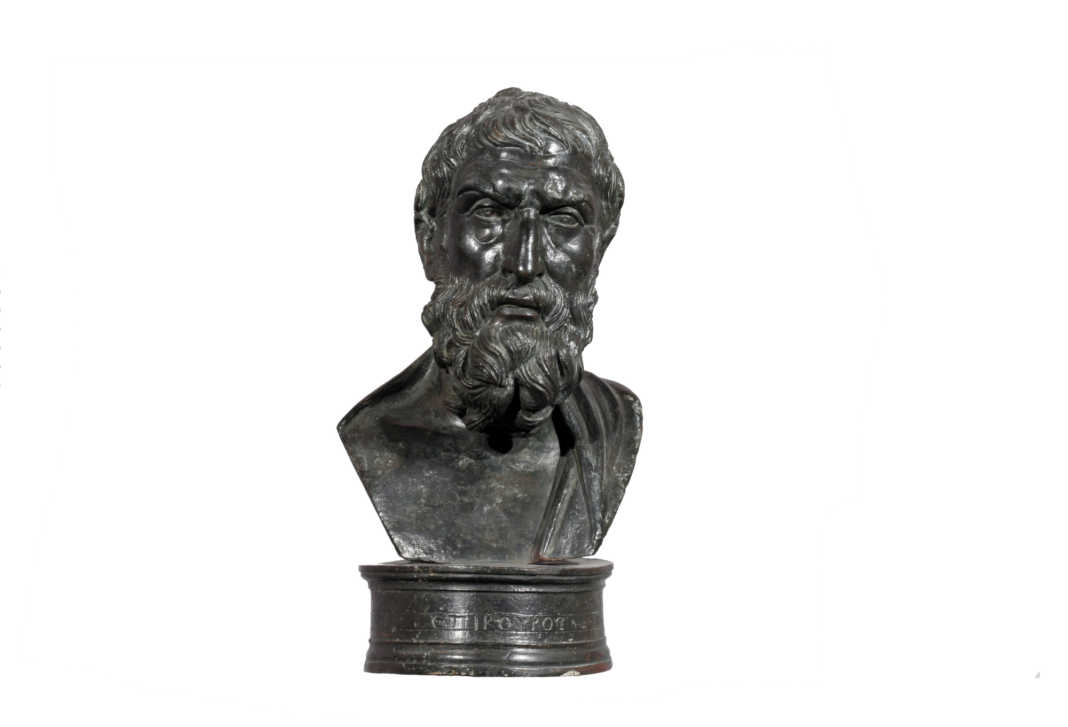 The Villa dei Papiri was a luxurious seaside estate that was the perfect escape for wealthy Romans who wanted to forget the concerns of urban life. The estate’s owners would host elaborate banquets where guests were surrounded by art, satisfying both their gastronomic and aesthetic appetites. Villa dei Papiri was located on the Bay of Naples just outside the Roman town of Herculaneum and was deeply buried by the eruption of Mount Vesuvius in AD 79 and it was rediscovered in 1750s and 60s when well-diggers struck a spectacular circular multicolored marble floor. It was partially re-excavated in the 1990s and early 2000s and that yield colorful marble and mosaic floors, frescoed walls, a large collection of bronze and marble statuary and thousands of papyrus scrolls. In the 1970s when J.Paul Getty decided to build a museum he replicated the Villa dei Papiri and the Getty Villa in Malibu even features a full-scale replica of the circular multicolored marble floor found in the original estate.

Kenneth Lapatin curator of antiquities at the J. Paul Getty Museum said that “It was only fitting that the first major exhibition of the Villa dei Papiri takes place at the Getty Villa which is a recreation of the famous villa in Herculaneum.” Lapatin who is also the curator of this exhibit called “Buried by Vesuvius: Treasures from the Villa dei Papiri” was organized in collaboration with the Museo Archeologico Nazionale di Napoli and Parco Archeologico di Ercolano. Most of the texts opened to date are Greek philosophical treatises, particularly by Philodemus of Gadara, a follower of Epicurus. The Athenian philosopher Epicurus(341-270 BC) founded a popular school called the Garden, which recognized pleasure as the greatest good. One of the most significant finds was a first-century bronze statue of Drunken Satyr in dynamic motion. The satyr was a mythical follower of the wine god Bacchus (the Roman version of the Greek god of wine Dionysus) and wears a pine wreath, small pointed ears, small horns and wild hair. Worth noting is the marble statue of Athena Promachos (First in Battle) from the first century BC compliments of the AD Mueso Archeologico Nazionale, Naples. Another important discovery is the collection of approximately 1,100 papyrus scrolls recovered from the ancient villa in 1752-54, which constitutes the only surviving library from the classical world. The exhibit examines attempts to unroll and decipher the carbonized papyri. The exhibit at the Getty Villa will run until October 28, 2019.