A website all about Greek olive oil by Dr. Lisa Radinovsky 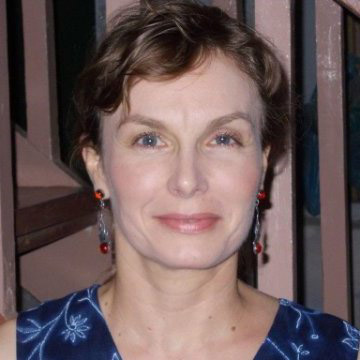 Radinovsky, an English professor turned writer and photographer, has teamed up with Dimitris Doukas, a Princeton-educated Greek computer scientist, and his team at Twin Net Information Systems Ltd. in Athens to create a new website all about Greek olive oils, greekliquidgold.com. Seeking to inform consumers, cooks, tourists, buyers, and importers worldwide about the quality and health benefits of Greek extra virgin olive oil, they hope to help increase the demand for it.

Researching and writing about Greek olive oil business news for the online publication Olive Oil Times, Radinovsky searched in vain for a comprehensive, up-to-date English-language source on her topic. Struck by Greeks’ use of olive oil in almost everything they cook or bake and impressed by Greeks’ efforts to produce, market, and export a high quality product in the midst of an economic crisis, she decided to create the information source she couldn’t find.

Launched in August, greekliquidgold.com features recipes and photos from Greece, information about olive oil, its production process, the Mediterranean diet, agrotourism and culinary tourism, and news about Greek olive oil—something for everyone with an interest in Greece, cooking, healthy eating, or olive oil. Aris Kefalogiannis, CEO of Gaea, one of the major exporters of bottled Greek extra virgin olive oil worldwide, called the Greek Liquid Gold website “an excellent source of information and news on Greek extra virgin olive oil.”

The new site features original recipes from Greece as well as links to a variety of other recipes using olive oil and hints about cooking and baking with it. It includes a description of an olive oil tasting class,photo essays featuring Cretan olive groves and a botanical park, and stories about a Cretan sea captain turned olive farmer and a Greek-born Italian computer programmer who produced some of the best Greek olive oil of the year, to the surprise of his Italian compatriots.

Living in Crete for 14 years, Radinovsky has learned from cooks, olive oil producers, and industry leaders throughout Greece. Moved by the “many dedicated farmers, exporters, and marketers who are striving for excellence against the odds,” she intends to bring their olive oils to the attention of those searching for both a good, healthy functional food and a way to help the Greek economy get back on its feet. Greek professor and olive oil researcher Dr. Prokopios Magiatis agrees that “olive oil is a main factor that can help Greece exit the crisis.”

With 80% of Greek olive oil belonging to the highest category, extra virgin, and Greece the third largest olive oil producer in the world, the National Bank of Greece estimates that Greek olive oil could bring in an additional 250 million euros annually if more were bottled and branded in Greece before export. Now, 70% of exported Greek olive oil is sent to Italy in bulk and blended with olive oils from various countries. Greek Liquid Gold highlights the Greek producers and exporters striving to change that as they look to foreign markets for a way out of the economic crisis.