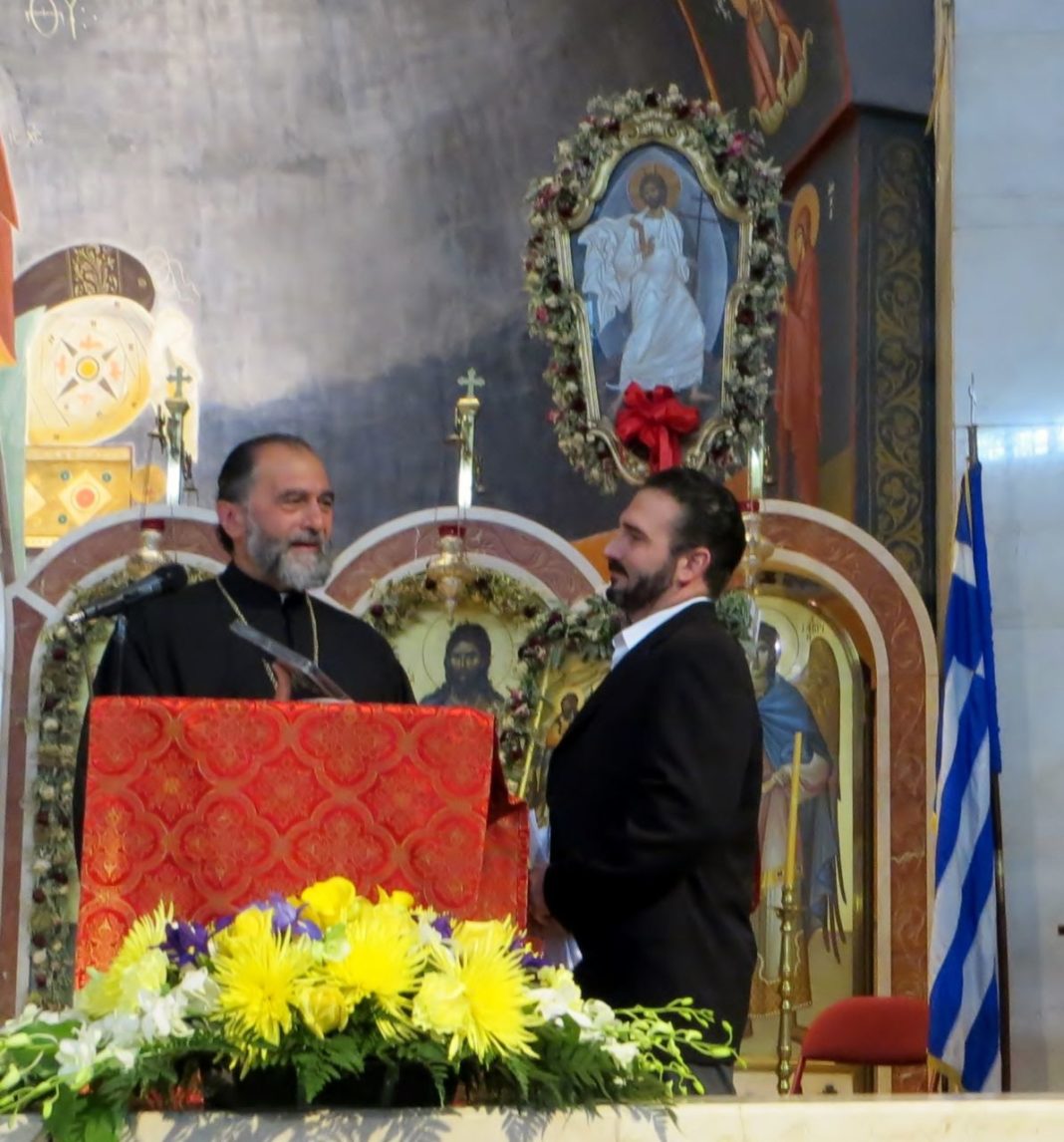 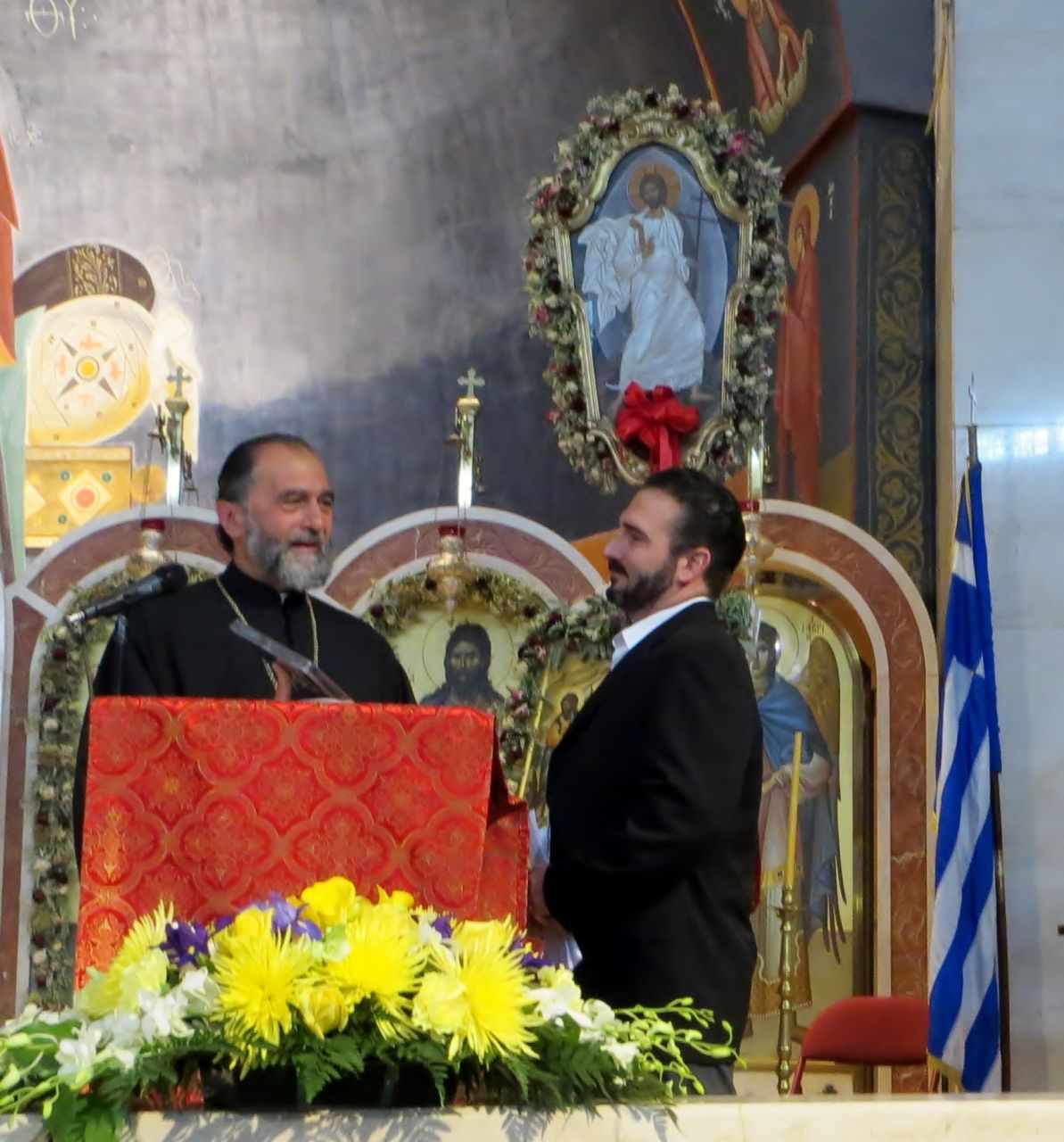 “What nobler employment, or more valuable to the state, than that of the man who instructs the rising generation?” –  Marcus Tullius Cicero, Roman Philosopher, politician and advocate of Greek culture and ancient Sicilian autonomy. A member of the rising Greek-American generation was the key-note speaker at the 2013 St. Nicholas Greek Orthodox Church of Flushing Greek Afternoon School Commencement Service. He was a graduate of the St. Nicholas William Spyropoulos Day School. The key-note speaker exceeded the expectations of all. He moved ahead to be one of the superstars of the Greek-American community. The young physical therapist continues to give back to the mainstream community of New York City. He has given opportunities to college students in their quest for upward mobility. The Greek-American of Chian descent gives everyone a positive outlook with a cheerful, big smile. His practice of traditional and alternate medicine remedies has saved the lives of many. This is the profile of Mr. Kostas Koutsoubis, MSPT.

Speaker Koutsoubis in fluent Modern Greek opened his address by saying, “I am indebted to my father for living, but to my teacher for living well,” said Alexander the Great…Today I share with you two stories about a pair of parents who sacrificed and dedicated their lives to their children. Thirty five years ago I learned my first prayers in St. Nicholas Church. ..Here the foundation of my religion was shaped.”

“The second story began at the William Spyropoulos Day School where I learned about Ancient Greece, classical Greek language, philosophy and the Byzantine Empire. Today we are here to perpetuate Hellenism in the next generation: you. Your graduating class persevered and obtained knowledge of Hellenism that will follow you for the rest of your life. Be proud that you have learned about the Hellenic culture that is the basis of Western civilization. Congratulations on your graduation. Your experiences and knowledge make you unique.” 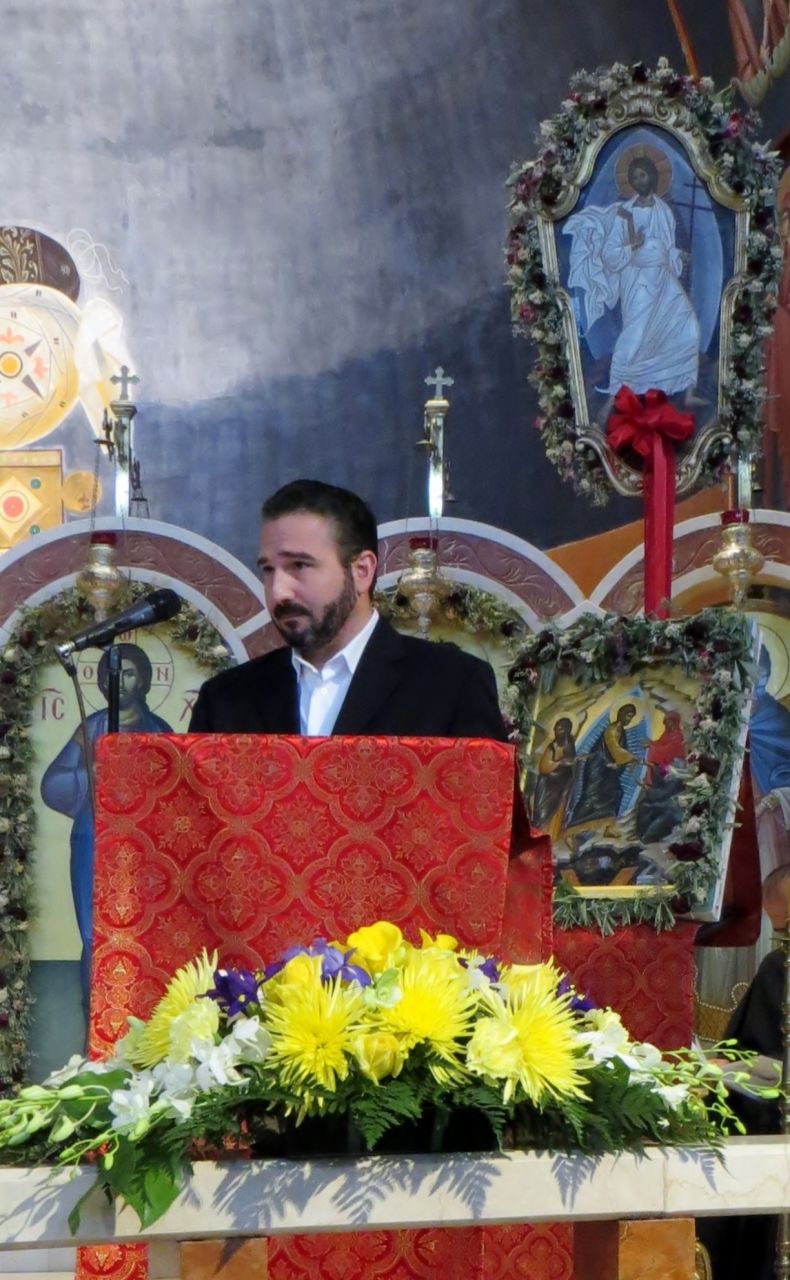 “Make a habit of two things: to help; or at least to do no harm,” said Hippocrates 2,500 years ago. The same principal applies today. Our medical health care professionals are under constant attack. We are living a longer life span. Their dedication and constant learning through seminars and examinations have aided the American public in a higher quality of life Kostas Koutsoubis embodies the ancient Greek principles he learned at St. Nichol Greek Orthodox Church of Flushing, New York.

“We are happy to have Kostas Koutsoubis at St. Nicholas Church,” said Very Rev. Paul Palesty. “His three children are or will be part of our school system.” His office, NYPT Sports Rehabilitation is located at 44-02 Francis Lewis Blvd., #2fl in the Arcadian Building.

MSPT Kostas Koutsoubis is a graduate of Hofstra University with a Bachelor of Arts degree. Mr. Koutsoubis holds a Master of Science degree in Physical Therapy from Mercy College. Kalliope Katos Koutsoubis, his wife, is an educator and former New York City public school teacher. She is a graduate of Queens College. Her parents, Mr. and Mrs. Stephen Katos, are benefactors of the Greek-American community of Astoria. Their children are Argyro Anna, Alexander and Stephen three months. His family is the focus of his personal life. The Physical Therapist’s parents, Alexander and Argyro are long time supporters of St. Nicholas Greek Orthodox Church of Flushing and founders of the William Spyropoulos Day School. Both sets of parents come from the island of Chios, part of ancient Ionia, birthplace of the Odyssey of Homer and the inspiration of the Athenian foundation of Western Civilization.