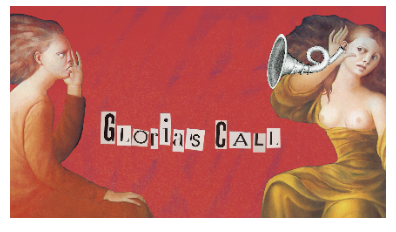 The idyllic coastal city of Newport Beach in Orange County, California, about an hour south of Los Angeles, has been the host of one of the most successful film festivals in the country. The Newport Beach Film Festival (NBFF) since its inception has been celebrated as one of the leading lifestyle film festivals in the United States and this year NBFF celebrated in grand style its 20th Anniversary. The festival brings to Southern California the best of classic and contemporary filmmaking from around the world, a diverse collection of studio and independent films.

To mark its 20th anniversary this year the festival showcased an amazing array of 350 films from 50 countries. As it has done each year the festival presented signature international film events that spotlight cinema, culture and music from Asian Pacific, Latin America, Australia, French, Irish, Swedish and more. Greek American filmmakers also participated in the festival.  Christine Papalexis produced a short film called Gloria’s Call, that was directed by Cheri Gaulke. Papalexis said that the film came as a result of a “Women’s Surrealist Tea that was organized by the Southern California Women’s Caucus for Art. Gloria was a guest speaker sharing stories about meeting other women artists but was difficult to hear and at that point we decided to make the film.”

The other three artists producing the film are Cheryl Bookout, Anne Gauldin and Sue Maberry. Professor Gloria Feman Orenstein that is the subject of the movie is a feminist art critic, a pioneer in the field of the women of Surrealism and the founder of the Women’s Salon for Literature in New York City. The film uses photography, animation and storytelling to visualize the story’s narrative. Director Gaulke says “ that art history over the years had neglected to tell women artists’ stories and as a feminist artist I was determined to make them visible.” The festival on Opening night featured Luce, a film about a former child soldier from Africa who is adopted by white parents, becomes a star athlete and a top student only to see his achievements challenged by an overreaching teacher. Starring Tim Roth, Naomi Watts and Octavia Spenser the film is an intense drama with unpredictable turns and twists. Part of Water was the Closing Night’s showing, a documentary about the tragic loss of local lifeguard Ben Carlson who lost his life while on a rescue during a massive swell in 2014. To honor Ben his parents established the Ben Carlson Foundation that focuses on providing scholarships to students and organizing summits aiming to reduce drowning and aquatic injuries.