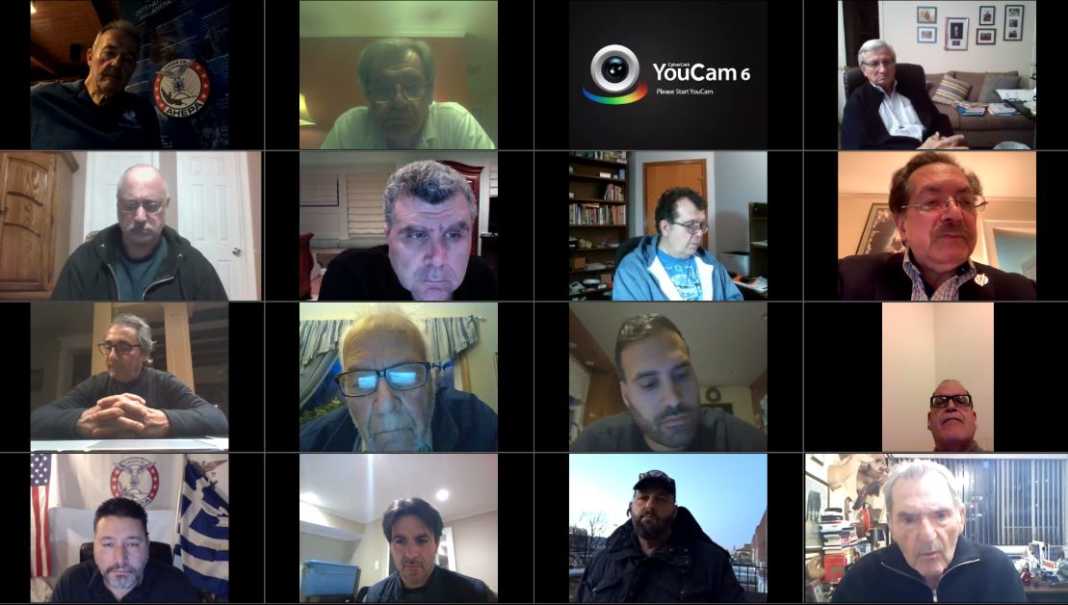 On Thursday, April 9 the AHEPA District 6 Family held a lodge meeting via GoToMeeting during this difficult Coronavirus period hosted by District Governor Lou Katsos. We were honored to have Rev. Fr. Alexander Karloutsos the Archdiocese Vicar General and Director of Public Affairs join us to discuss our upcoming Holy Week and these problematic times. He informed us that on Sunday a report showcasing the rebuilding of Saint Nicholas Greek Orthodox Church and National Shrine will be aired on 60 Minutes, coinciding with Western/Roman Catholic Easter. After years of overcoming obstacles, the church’s reopening scheduled for next year is serving as both a beacon and some kind of miracle.

The conference included contributions from the entire District 6 Lodge and Chapter representatives throughout the Empire State, both upstate and downstate. The Lodge paid their respects to the many brothers who are currently ill with the Coronavirus, recuperating either in hospitals or at home. There was an emotional moment of silence for the few who unfortunately have passed away. The electronically programmed meeting is now the communication vehicle of choice, enabling numerous voices to be heard. The Governor encouraged chapters to stay in touch with their members through the GoTo process.

Representing the Supreme Lodge, was Supreme Governor Thomas Dushas, who commented on the very successful regional GoTo Meeting that took place the week before, with a few prominent AHEPANS from throughout the region. In addition, the conference was also joined by Supreme Vice President Jimmy Kokotas who thanked the more than fifty AHEPANS for their participation. He paid tribute to everyone for what they are doing to preserve the image and voice of the Order of AHEPA, during these exceptionally difficult times. He reminded us that safety and family is the most important thing at this time.

For those of you who weren’t able to schedule attending, you are encouraged to view the taped version and make additional contributions to the Lodge. The Producer of the event was District Secretary, Chris Pappis, who controlled the technical telecast. His skills were noted and his overall contribution to meetings like these are very impressive. With certainty, he has become the Empire States “secret weapon” that everyone admires for his devotion, passion and love for AHEPA.

The video is available online: https://youtu.be/7ApROWzxalY