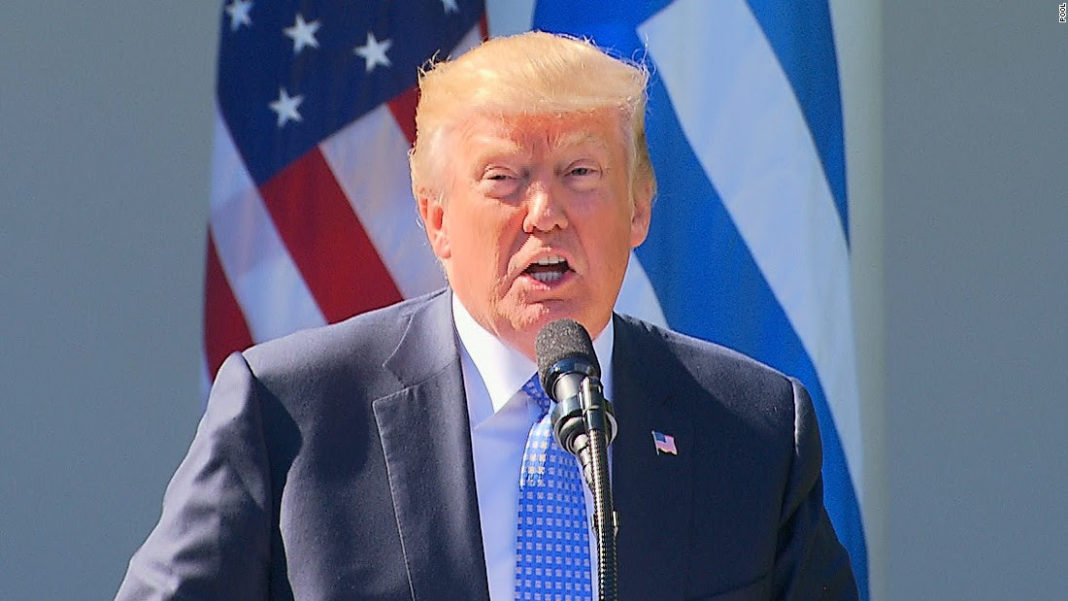 WASHINGTON, DC — The American Hellenic Institute (AHI) sent a letter to President Donald J. Trump in the wake of acts of Turkish provocation and aggression in the eastern Mediterranean and broader region that have dire implications to U.S. security interests.

In the February 27, 2018 letter, AHI President Nick Larigakis requests President Trump to condemn strongly Turkish aggression and acts of provocations that have been directed at the United States, Greece, Cyprus, and international oil and gas companies—all of which have occurred in the month of February.  Larigakis cites: a Turkish coastguard vessel colliding with a stationary Greek coastguard vessel, the harassment of Italian oil company Eni’s surveying vessel by Turkish warships, which threatened to sink Eni’s surveying vessel because it was on its way to survey for energy resources in the exclusive economic zone of Cyprus; and Turkish President Erdogan’s threat of an “Ottoman slap” to United States military forces if they continued to partner with Syrian Kurds in Syria. In addition, Larigakis raised the concern among NATO allies about Turkey’s purchase of four divisions of S-400 missiles from Russia and how it potentially subjects Turkey to U.S. sanctions.

“Turkey’s aggressive and provocative actions directed at the United States and U.S. allies, Greece and Cyprus, are overt, egregious and dangerous. I urge the administration to act to uphold the rule of law and to call on Turkey, the provocateur of these tensions, to cease and desist with its aggressive actions that are a threat to peace and stability and are not in the best interests of the United States,” Larigakis concludes. 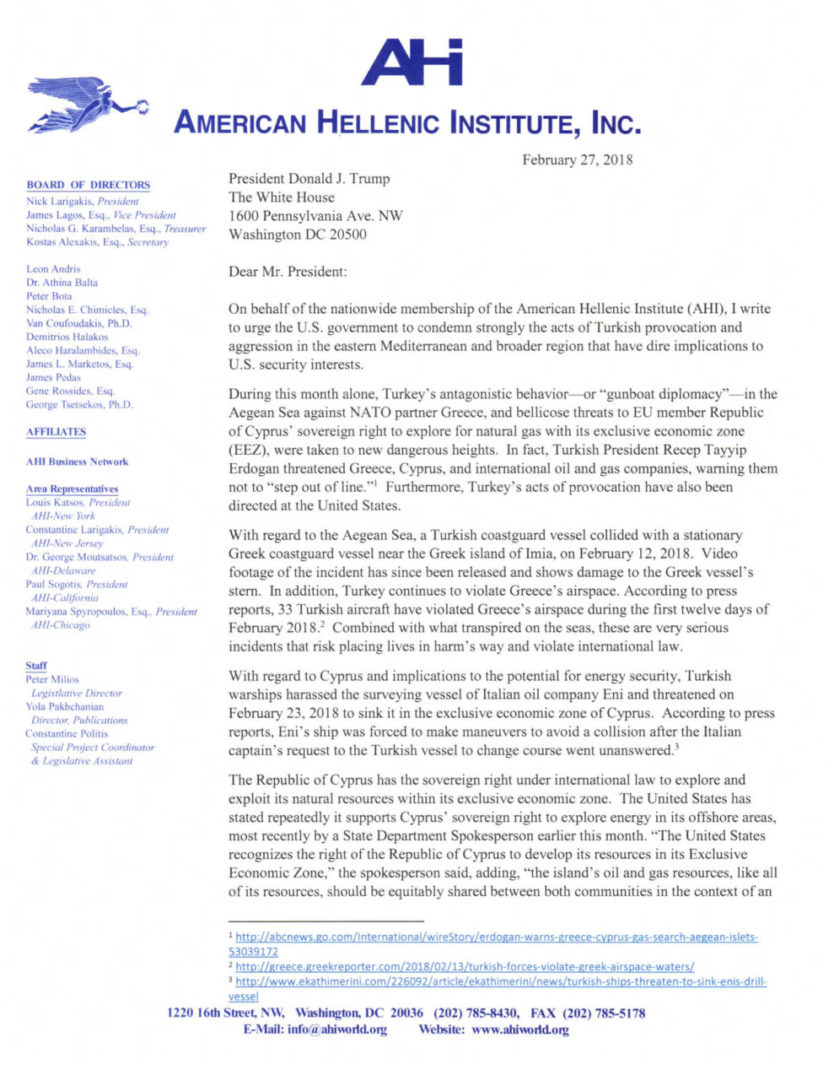 Previous articleHow Does the Average Greek-American View the Renaming of FYROM as Macedonia in 2018?
Next articleGreek Canadian filmmaker’s Film Explores Greek Youth Response to Crisis