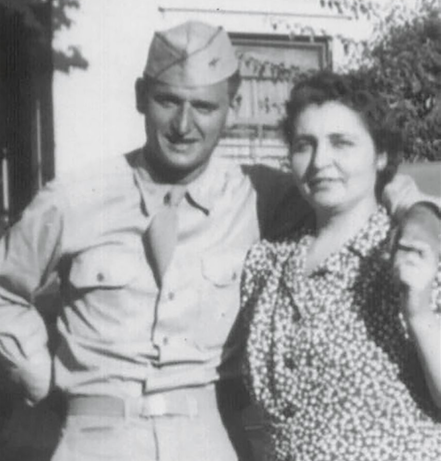 Alex G. Spanos was honored (posthumously) for his service to our country during WWII with the 2019 OXI Service Award at a ceremony at the National WWII Memorial in Washington DC on October 24, 2019. The ceremony is part of the Washington OXI Day Foundation Courage and Service awards. Alex G. Spanos was a billionaire real estate developer who personified the American Dream, the son of Greek immigrants who worked in his father’s bakery at the young age of eight; later he went on and borrowed $800 to purchase a used catering truck that provided catering for the migrant farmworkers in California’s Central Valley. The money that he generated from the catering business was the seed for his apartment construction company, the A.G. Spanos Construction Co. that became the number one builder in the nation. He then fulfilled his childhood dream of owning an NFL team when he became the majority owner of the Los Angeles Chargers.  Although most people knew of Spanos’ tremendous business successes, his service to our armed forces was less known but equally impressive. His son and Chairman of the Board of the Los Angeles Chargers Dean Spanos who accepted the award along with his wife Susie and grandsons Phillip Ruhl and Michael Spanos told the Hellenic News of America that “our family is very grateful to accept this award on behalf of my father. Our father was most proud of his military service and Greek heritage.”

The Oxi Day Award was inspired by the Greek people’s incredible heroism during WWII as they refused to surrender to the Axis Forces, and is given each year to a man who has taken courageous actions for the preservation of freedom and democracy. Alex G. Spano’s dedicated service and love to his country certainly made him worthy of the honor. In 1942 he dropped out of college at the California Polytechnic School and joined the U.S. Army Air Corps on February 9, 1942 at the age of eighteen. His dream was to become a pilot and after passing the examinations he was accepted for cadet training. He was sent first to Lincoln Army Air Field in Nebraska and then to Wayne State College near Sioux City, where the Army had established one of its Army Air Corps Cadet Training Programs, and he was made a flight officer. But halfway through his training, an unexpected turn of events left him unable to complete his training. He was devastated.  Committed to continuing his service, he was transferred to the B-29s, where he became a gunner, eventually stationed at Drew Field in Tampa, Florida. As part of the Third Air Force at Drew Field, Spanos was part of bomber aircraft training and locally-based antisubmarine patrols of the eastern seaboard to secure the east coast from German submarines. At war’s end, he was transferred to Turner Army Airfield in Albany, Georgia and then to Naval Air Station, Santa Ana. His service complete in February 1946, Staff Sgt. Alex Spanos was discharged from the Army Air Corps and returned home to his family’s business in Stockton.

Alex Spanos took pride in his Hellenic heritage and Orthodox faith. He donated millions of dollars to various charities, helped the Greek Orthodox Church and the Greek American community. And he was always willing to help motherland Greece in times of need. When the 1986 earthquake in Kalamata devastated most of the city he contributed generously. In 2008, the President of the Republic of Greece, Mr. Karolos Papoulias, awarded Spanos the Medal of the Commander of the Order of Honor, in recognition of his many contributions to the birthplace of his parents.