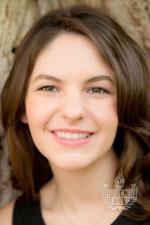 It was not until our first dinner in Nicosia, Cyprus, that the reality of where I was and what we were doing hit me. While enjoying some pizza at a local parlor, a loud call of horns interrupted the steady conversation and laughter that filled the city streets. Startled, my fork dropped out of my hand and my eyes swept panicked over other tables, where townspeople continued to dine and chatter over a second round of horns erupting from (what seemed to me) out of nowhere. “Did anyone else hear that noise?” I asked, perplexed and unsure whether it had just been my imagination. But how could that have been? The sound was so loud I could barely hear my own thoughts.

“Of course,” replied one of my supervisors. “It’s the call from the mosques in the occupied territory signaling time for prayer. They’re just used to it by now.” Her hand did a quick sweep towards the streets, where children continued to play and their parents continued to walk and enjoy the warm summer night.

They’re just used to it by now. It suddenly occurred to me that for my generation living on the island, this was all that they had ever known: a Cyprus divided. A Cyprus driven apart not by choice, but by force and military brutality. For many, a Cyprus united was but a myth, and stories that the elderly told their grandchildren before they went to bed. They had spent all their lives listening to the sound of the horns in the distance, and therein lay the problem. The island had been divided so long that their questions about the occupied territory had slowly died down, and the curiosity that had once eaten them alive now lay forgotten as the generations grew older and the issue remained unresolved. How could this issue stay an issue when generations were merely beginning to accept it for what it was, rather than what it could be?

This problem only became more apparent to me when I would go out in the evenings with peers to local restaurants and taverns in the unoccupied territory. There we would meet people our age, and many would ask questions about what we were doing in Cyprus. When I would explain to them that we were trying to see firsthand what the Turks were doing in occupied Cyprus, they would ask us what it was like on the other side. “You mean you’ve never been?” I would ask them. “You’ve never seen the abandoned buildings, churches, or farmlands?” It seemed strange to me that they had not been to places within their own country. Many of them struggled to even really believe what I was saying. “I only know stories,” they would say, “whatever my yiayia or papou has told me. Or my parents.” One boy in particular merely shrugged his shoulders and said, “I’ve never seen a need to. It’s always been this way. Divided. I know nothing of them; they know nothing of us. It’s always just been.”

The truth is that very few millennials have ever ventured beyond their “side” of the island. They have never seen the skeleton of the forbidden city, nor the desecrated Orthodox churches standing bare, battered, and abandoned. How can they believe when they have not seen? How can they fight for something they do not feel burning deep down in their souls? Even for me, it was not until we ventured beyond the unoccupied territory, and saw the forbidden city, fenced in and rotting, left to stand as some sort of eerie Turkish victory; the childhood home of our bus driver, where a Turkish officer now unjustly lived; or the dried out fields that once flourished with olive trees and foliage that unoccupied Cyprus was known for and proud of; until I believed. It was not until I witnessed with my eyes the very things that people had been trying to tell me did I realize that this was a real thing happening, and that Cyprus needed my help.

So I direct my words toward the millennials of Cyprus, and tell them this: that those stories told by parents, friends, and acquaintances, are more than just stories. That the forbidden city grows rusty and lonesome in wait for their rightful owners to return. That stolen property is used to house Turkish nationals, who make a profit off land that used to feed their country’s economy. That thousands of Cypriot nationals are still missing, and that there are families who, forty years later, continue to wonder where their loved ones are, and if they will ever know what became of them post occupation.

These are more than just stories. They are a call for help. And without Greek American millennials like me, but especially without Cypriot millennials, there will be no change. There will only be what is, and the idea of what can become will vanish as we grow older and those who remember pass away. We must all rise together and take a stand for a united Cyprus; better put, a stand for what is rightfully ours.

Kelly Kollias is a sophomore at Tufts University majoring in English and double minoring in Business and Media Studies. Kelly participated in the eighth annual AHIF Foreign Policy College Student Trip to Greece and Cyprussponsored by the American Hellenic Institute Foundation.