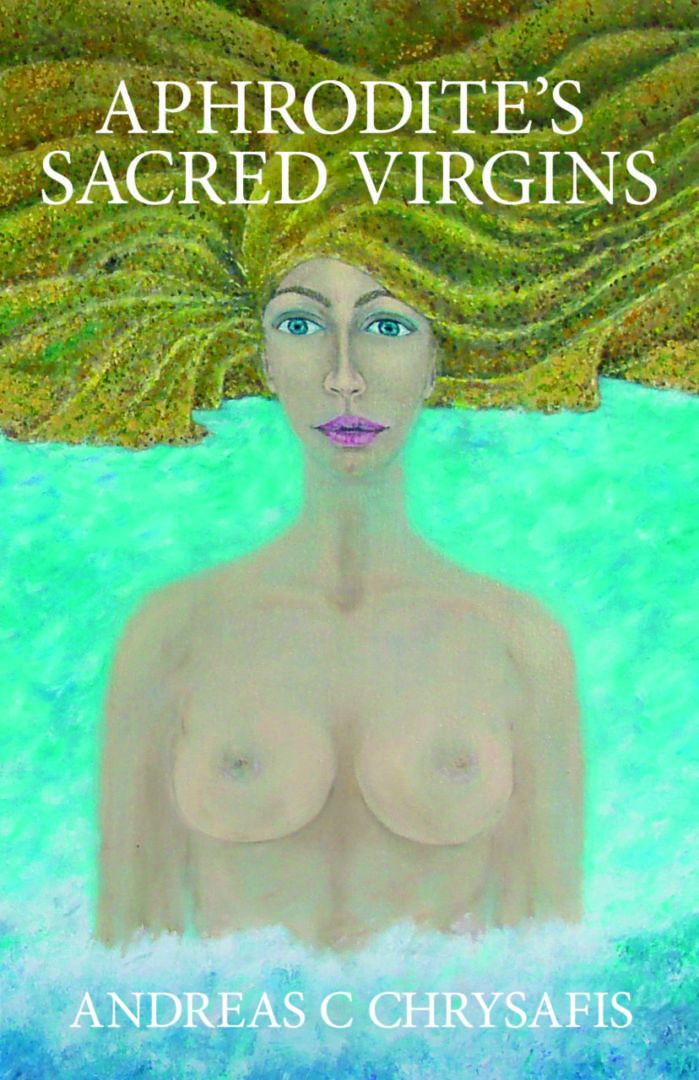 Aphrodite’s Sacred Virgins by author Andreas C Chrysafis it’s now officially on the market. This formidable UK publication is set around 40-50 AD and all the more poignant given it’s basis on historical events. It is vividly written with a spellbinding story line surrounding the demise of an ancient cult of idolatry and the rise of a Messiah called Jesus professed to be the Son of God and the Anointed One.

It portrays the introduction of the Christian faith by St. Paul and St. Barnabas on the island of Cyprus to convert Jews and Gentiles into a cult riddled with hostility. It is an inspiring novel that illustrates slavery, debauchery and rivalry between religious cults that pose a threat to Aphrodite Urania’s worship.

The novel reveals a dutiful culture where women offer themselves for ritualistic sacred sex with a stranger during Aphrodite’s Spring Festival in reverence to the Goddess and a Black Conical Stone at the Sanctuary of Aphrodite of Nikokleia in Paphos.

Without a doubt, the novel transports the reader into a bygone era of intrigue; a cunning thievery by the terrible twins and a geriatric lust for Legia – a goddess herself and the most famous hetaera of all times! The novel reveals an exciting adventure filled with historical revelations that involve young kouros but it is also a novel that deals with the first Council of Jerusalem and the Dispersion of the Apostles.

The title can be ordered through most bookshops in the UK, USA, Australia, EU and elsewhere but it is also available from online book providers such as Amazon or as a Kindle Book.

It is certainly a daring book not to be missed!