FM: We are devastated by the news of the horrific elementary school shooting in Texas

PM Mitsotakis: If Erdogan thinks I will not defend Greece’s soveign rights, then he’s wrong 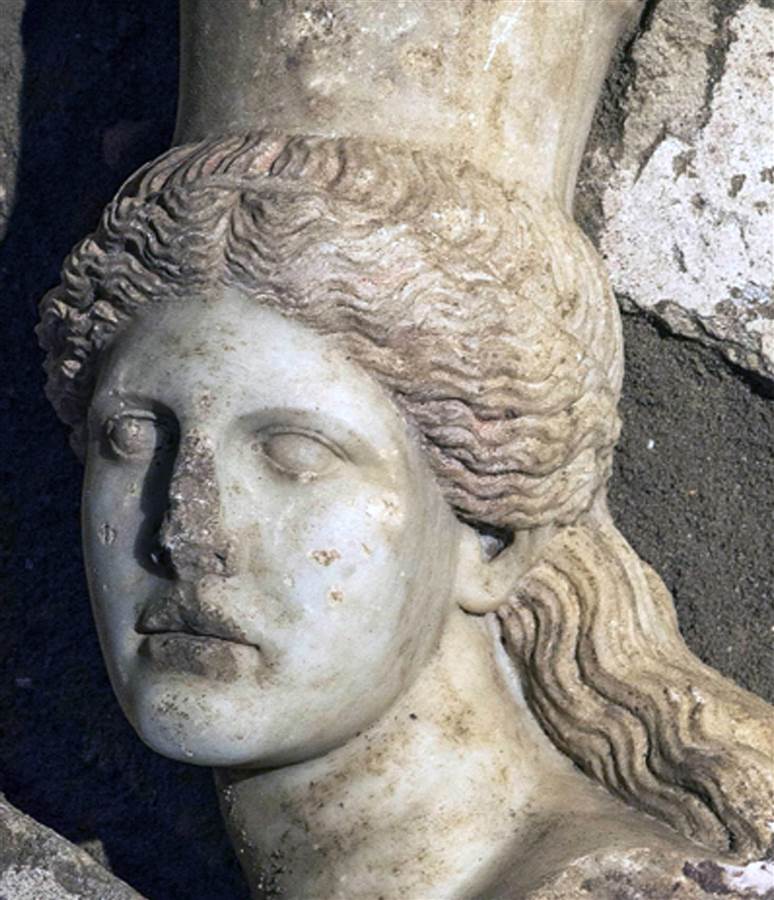 ATHENS — Archaeologists unearthed the missing head of one of the two sphinxes found guarding the entrance of an ancient tomb in Greece’s northeast, as the diggers made their way into the monument’s inner chambers, the culture ministry said on Tuesday.

The tomb on the Amphipolis site, about 65 miles (100 km) from Greece’s second-biggest city Thessaloniki, has been hailed by archaeologists as a major discovery from the era of Alexander the Great. They say it appears to be the largest ancient tomb to have been discovered in Greece. The marble head, slightly damaged on the nose, has curls falling on the statue’s left shoulder and traces of a reddish color.

“It is a sculpture of exceptional art,” the ministry said, adding that fragments of the two sphinxes’ wings were also found.

Excavations, which began in 2012, have not yet determined who is buried in the tomb. They have uncovered an intricate mosaic depicting the god Hermes as the conductor of souls to the afterlife. Made up of colored pebbles, it covers the floor of a room thought to be the antechamber to the main burial ground.

Culture ministry officials have said that the monument appears to belong to a prominent Macedonian from the 300-325 B.C. era.