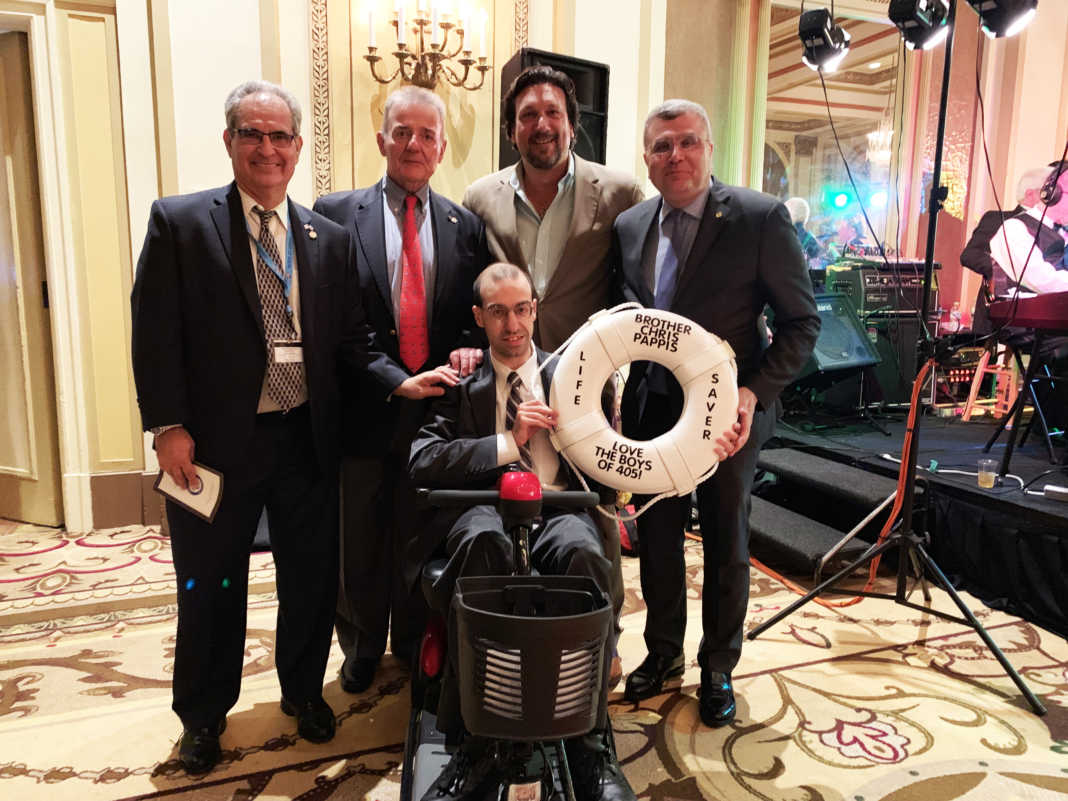 In life, there are moments of extraordinary performance by individuals, that merit special recognition. AHEPA Supreme Governor George Karatzia recognized and thanked AHEPA District 6 Secretary Chris Pappis as “The Secret Weapon” at the Supreme Convention with members from all over the world assembled in Chicago on July 4, during his report. Pappis kept him abreast of all the chapter programs and activities during the year, set up a joint meeting with Middletown and Poughkeepsie, notified chapters of his visitations, and when it came to collecting the per capita from the chapters…well, Chris is in a league of his own. It’s not a coincidence that District 6 has been the largest the last two years in a row. It’s an honor for our organization…to have someone like Brother Chris. With his hard work and dedication, he has helped take District 6 to the top. 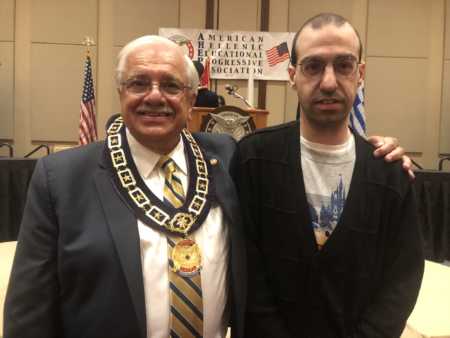 Supreme Governor Karatzia stated, “When word got out that the monster that was known as Basil’s Per Capita was no longer a threat, the AHEPANS rejoiced by surrounding this brave hero.” With his sword raised to the heavens, he declared, “Brothers fear no longer! Once again District #6 is still #1 in membership”.

“Thank you, Brother Chris, for all your hard work and effort. This is how I imagine you in my mind…a superhero. You are truly a shining example of an AHEPAN.”

In addition, Pappis, a member of Albany AHEPA Chapter No. 140, and District 6 Secretary, is flanked by Brothers Harry Fotiadis, John Copulos and Tom Dushas, from AHEPA Evzone Chapter 405, at the Supreme Convention in Chicago, while receiving the chapters first-ever Life Saver Award, for his outstanding services to AHEPA, District 6 and to their chapter in particular. Among Br. Pappis’ many talents, he is also referred to as the D6 Secret Weapon!