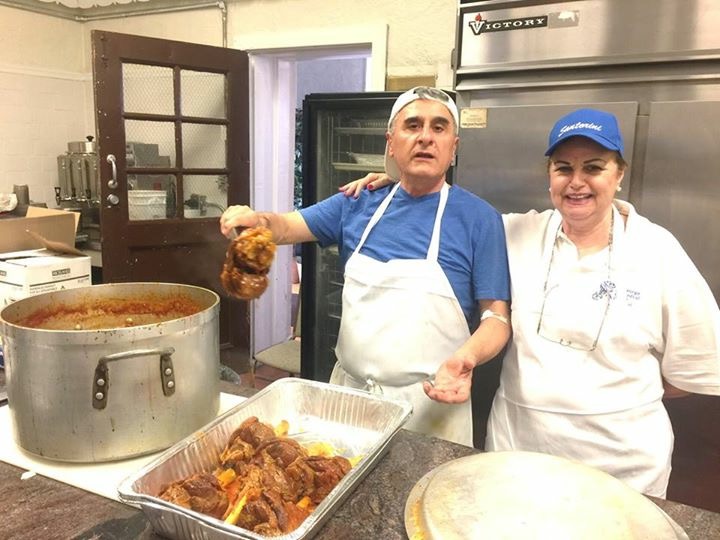 In the heart of Philadelphia, St. George Cathedral is bringing its Greek culture, food and faith to the neighborhood.

The 95-year-old Greek Orthodox Cathedral, mother church to the seven Greek Orthodox Communities in the greater Philadelphia area, hosted its annual Greek Food Festival during the first week of June. A tent on the church grounds at 256 S. 8th Street was an invitation for visitors to greet, meet and eat as they learned more about the church.  The festival featured traditional Greek foods, music and dancing and has been a tradition at the cathedral for more than 35 years.

“This festival exposes the Greek Orthodox community to the people who live around here,” said Parish Council member John Sarkioglou.  “We are an immigrant church. Many of our parishioners are very old. They still speak the Greek language. They don’t speak the English language so this allows people to see our culture, and that’s what’s important.”

He feels the cathedral is in an interesting community and that the church and the community are both undergoing changes, which is why outreach efforts like the festival are so important. Even moving the festival from farther back in the church to closer off the street has made a difference in attracting people.

Parish Council member Penelope Sarkioglu said the festival reminds people there is a church right in their neighborhood.

“It is good for us because it allows people to know that we’re here, that this is a church and people are excited that we’re a church,” she said.  As part of festival tradition, the church is open for tours. “You can come in and take a look at us. Secondly, it lets people learn about our culture and heritage.  They come and they say ‘we’ve never had Greek food before,’ so that’s exciting.”

Backed up lines show the Gyro remains one of the most popular items at the festival, especially at lunch time.  Souvlaki and Loukoumades are also festival favorites.

At St. George’s,Loukoumades,  balls of fried dough dropped in honey and cinnamon, are made by hand.  “They’re eating them as fast as we can make them,” said Desann, who was handling the Loukoumades concession with Katharine on Friday, June 2. “I’m already 18 pounds [of Loukoumades] in today.”

Festival foods are a particular hit with the lunch crowd. “It was standing room only at lunch,” said John Sarkioglu. “The line for souvlaki sandwiches went down Spruce Street.”

Jon Belisonzi believes it. The exhausted volunteer helped cook the souvlaki on Thursday and Friday. Belisonzi is a local landlord who has been volunteering at the festival since 1990. “It’s a difficult job because you’re over a hot grill. You’ve got to cook several hundred pieces of souvlaki and serve that very quickly at lunch because there’s a lunch rush from Pennsylvania Hospital.  Everybody comes at once for an hour and a half, two hours, but they want to eat and they want the line to move and you’re right over the grill and you got to make sure the food is stocked behind you.  You cannot ever run out. And it’s very hot,” he explained.

He volunteers because the cathedral needs the help.

“My wife is here, my family is here. My kids run the Sunday school and it’s how I can help out,” he said.

Sarkioglu and other church officials credit the festival’s successful lunch sales to employees of nearby Pennsylvania Hospital, who flood the festival at lunch time to sample the food.

“They eat hospital food every day of the week, right, so here’s a once-a-year opportunity. They get a little switch,” Sarkioglou said. “People love the food. We cook good food,” he said.

Penelope Sarkioglu agrees that a built-in clientele helps bring people out each year to the festival.

“We look forward to them being here every year. They know when the festival’s coming,” she said. “We also have the Washington Square people nearby. They know that we’re coming. They ask about us all the time.”

The cathedral also shares its good meals at a weekly Friday lunch, modeling the event after a successful one at a Pittsburgh church. “I would leave work at 11 to come serve. My wife, other people had serving lines,” John Sarkioglou said. It was a huge success. “We made about $50,000 a year on Friday lunches. It was a thousand dollars a Friday.”

Sarkioglou and Parish Council President  Anthony Beldecos, Esq., said the festival would not be possible without the volunteers. “We’re thankful to all the volunteers for all their hard work, especially we thank all the members and friends who support us each year,” he said, describing the festival as the most important fundraiser they do. 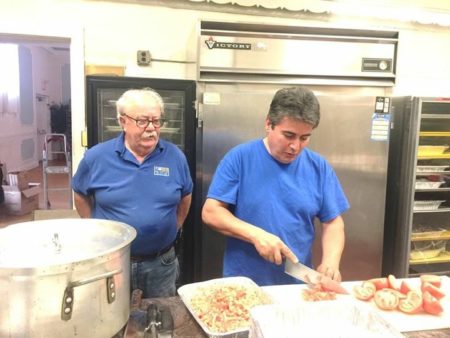 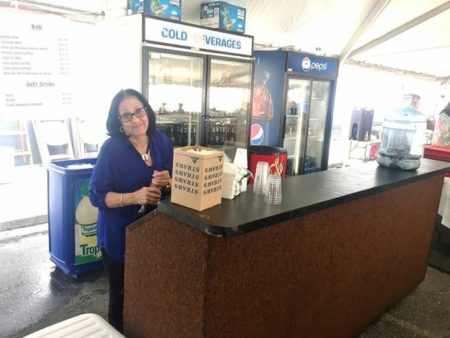 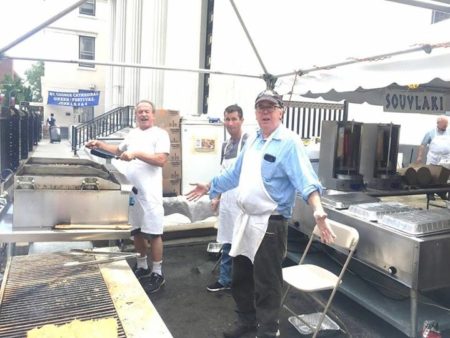 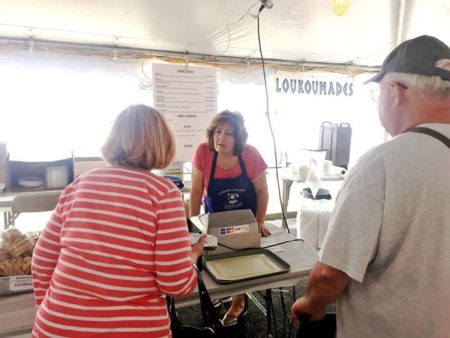 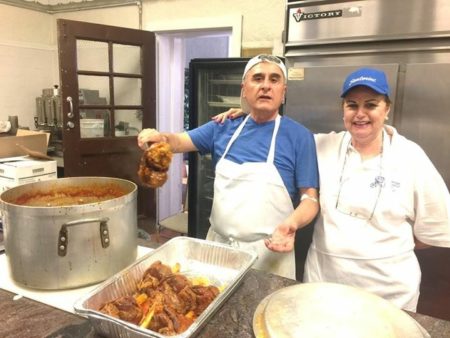 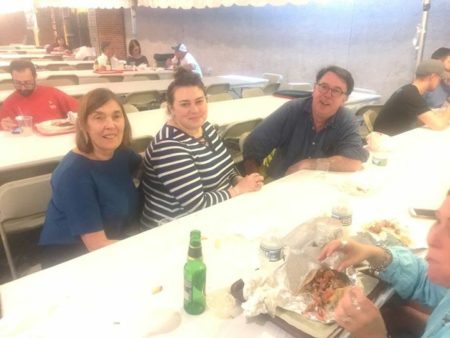 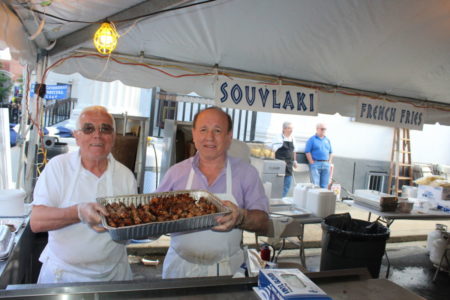 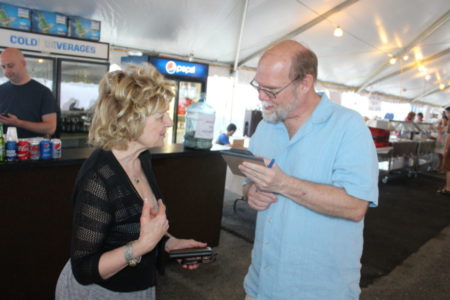 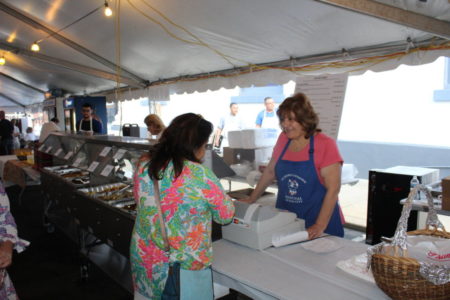 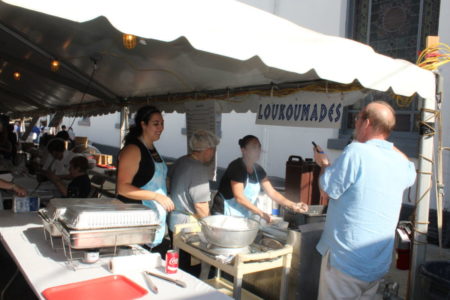 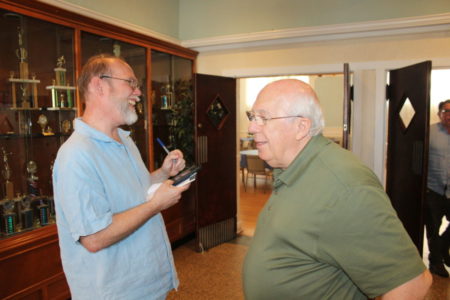 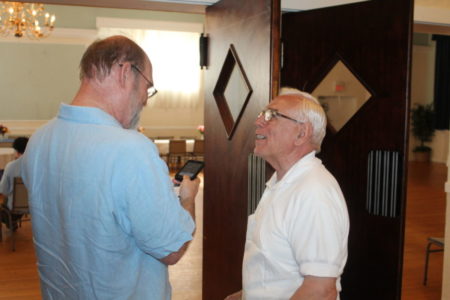 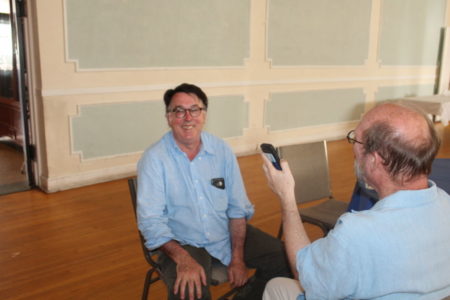 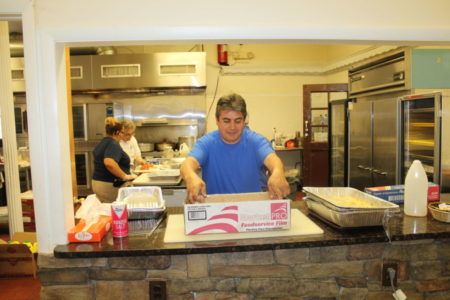 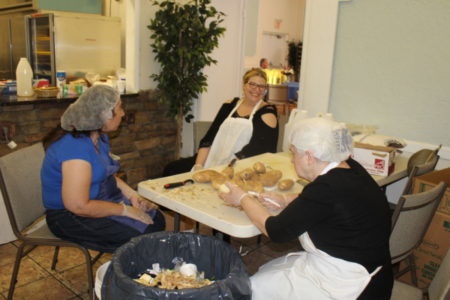 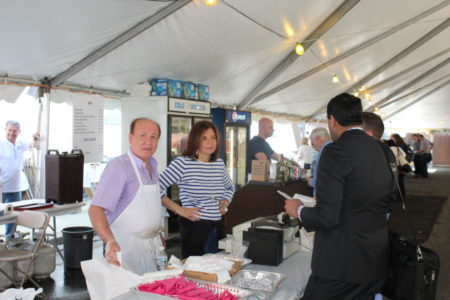 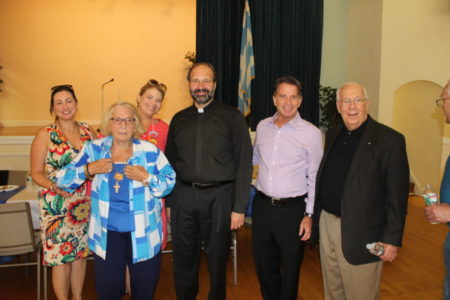 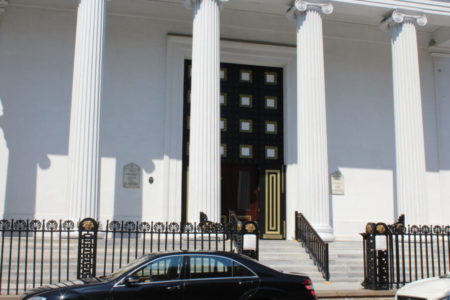 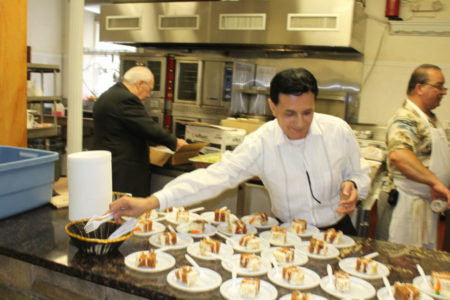