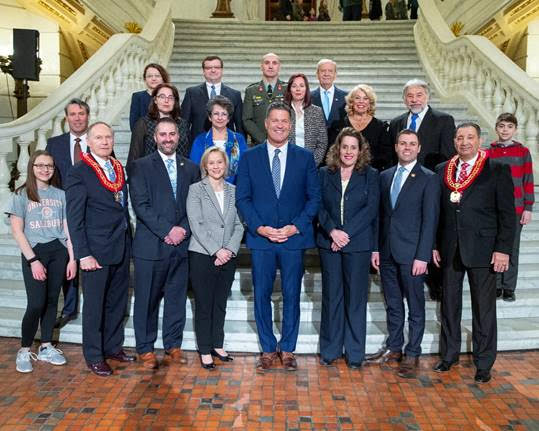 Our delegation from Holy Trinity Greek Orthodox Cathedral in Camp Hill, PA will be led by Father Michael and a group of AHEPA Power District #4 and Chapter #64 brothers of Pennsylvania.  This group will be composed of parishioners from our Holy Trinity Greek Orthodox Cathedral to attend various events to honor the Commemoration of Greek Independence Day of 1821 at the State Capitol on Wednesday, March 23rd,2019. Dr. Michael Billys is the Coordinator of this event and promises to have the schedule to run smoothly with both cultural and educational flare about this historical occasion. Following Father Michael’s opening prayer, the Greek and American National Anthems will be sung by Ms. Diane Foutres. Then, The Olympic Flames Group directed by Ms. Ann Ariano will dance in full Greek costume to very inspiring Greek music for the delight of the entire audience on the floor in front of the Capitol Rotunda. 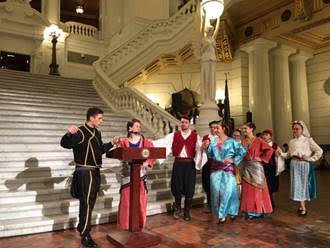 Schedule of Events for the Commemoration of Greek Independence Day of 1821 – Monday, March 23rd, 2020

The entire group will be recognized on the House floor and then honored with short speeches about the Greek Independence Day from the highly esteemed Representatives Ryan Mackenzie, Greg Rothman, Steve Malagari, and Sheryl Delozier, who will address the entire legislative body while proclaiming this day officially with a ‘Resolution’ in the Commonwealth of Pennsylvania for the honor of the Greek Independence Day of 1821 on this day of Monday, March 23rd, 2020. The Speaker of the House will also offer ‘The Proclamation’. It is truly an inspirational moment that I am enthralled with every year since I’ve been going there. I recommend that you witness this event! These same Representatives will also speak in the morning which was following short speeches from Senators Mike Regan and Maria Tzanakis Collett, who was born in Athens will address the gathering at the foot of the Capitol Rotunda, along with the State Representatives Mackenzie, Rothman, Malagari, and Delozier. 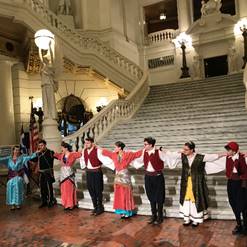 These prestigious legislators will honor our group with their praise for the Greeks and our dignified ancestry.  Our group then was honored to have a photoshoot with the entire group underneath the Capitol Rotunda. The 5 honorees who will be introduced to the entire body of the House of Representatives are also AHEPANS. They include District Marshal Dr. Michael Billys, Col. Vasilis Bozoudis, Dr. Zissis Chroneos; District Governor Charles Mackenzie; and District Warden Christ Megoulas. It is our hope that many parishioners will come so that we become more widely known other than for our ‘Greek Festival’…The Commonwealth of Pennsylvania Legislative Body has given our Greek community and the AHEPA an opportunity for more exposure and a witness to this tribute for our ancestors who so heroically honored the great country of Greece, we need to honor them with a full attendance next year.