WASHINGTON, DC — Working in collaboration with the House Committee on Foreign Affairs staff, the American Hellenic Institute (AHI) is pleased to announce a congressional briefing will be held titled, “Energy and the Evolving Geopolitics in the Eastern Mediterranean,” 2255 Rayburn House Office Building, March 3, 2020, 10 a.m. to 11 a.m.  The briefing will be held under the auspices of the Congressional Energy and National Security Caucus, which is co-chaired by Foreign Affairs Committee Chairman Eliot Engel (D-NY) and Foreign Affairs Committee Member Francis Rooney (R-FL).

“The Eastern Mediterranean is important to U.S. interests due to the significant energy and commerce that transit the region,” AHI President Nick Larigakis said. “We thank Congressmen Engel and Rooney for holding this timely briefing that will examine the geopolitical and energy developments in the Eastern Mediterranean and their impact on U.S. national security.  We also appreciated the opportunity to collaborate with the staff of the Foreign Affairs Committee and contribute to the formulation of the briefing program.” 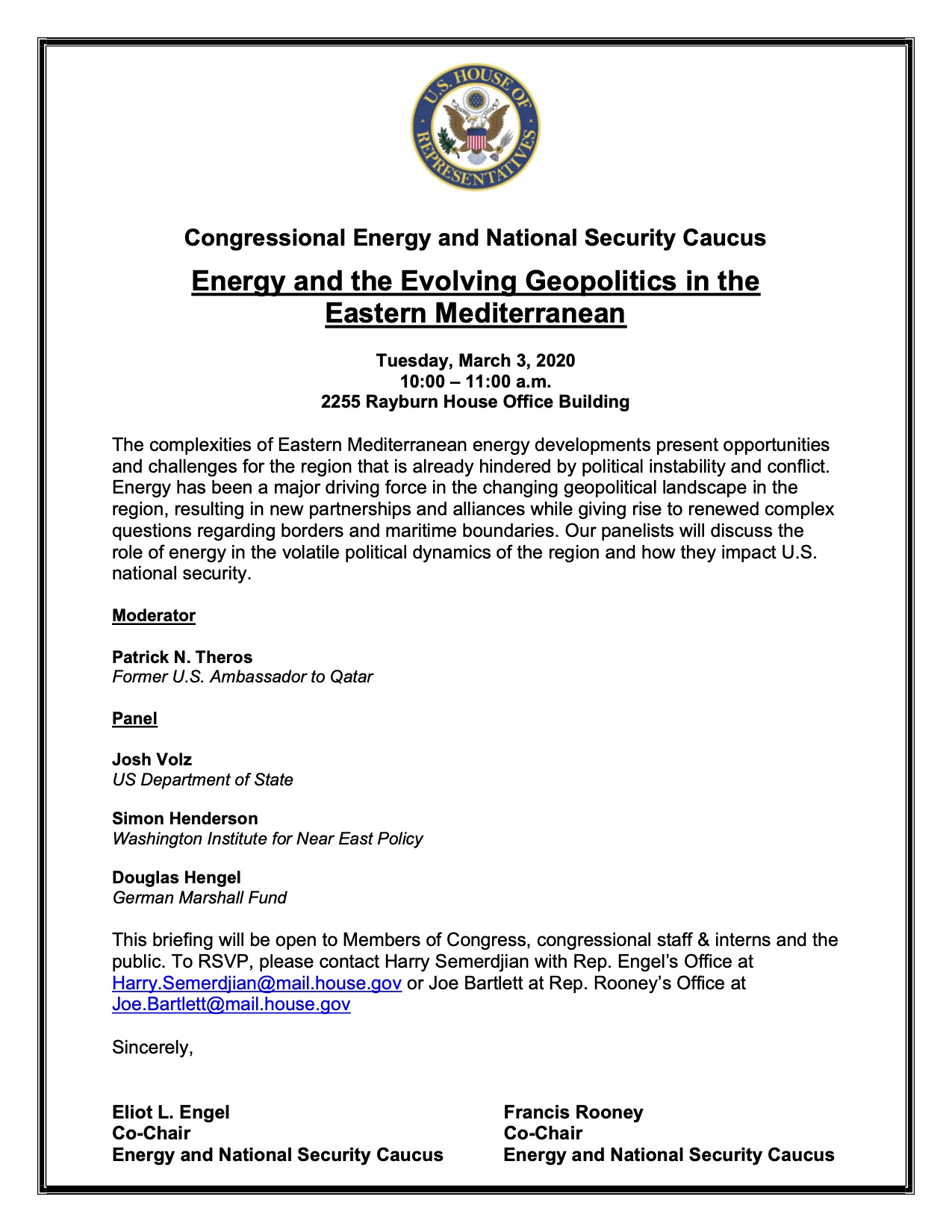