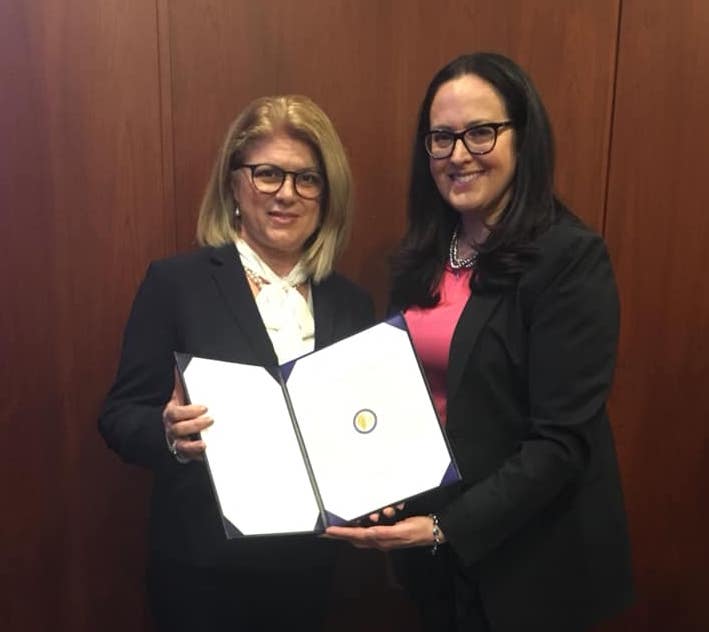 In recognition of Greek Independence Day on March 25, Commissioner Mariyana Spyropoulos today presented a resolution to Greek Consul General Ekaterina Dimakis, who inspired the boardroom audience in discussing the will of the Greek people whose relentless determination upheld Greek heritage, language and religion and ultimately their freedom. With the fall of Constantinople, the Byzantine Empire fell to Ottoman rule in 1453 and for 400 years its ancestors were forced to relinquish all their customs. But on March 25, 1821, Bishop Germanos of Patras raised the flag and declared, “Eleftheria I Thanatos” (“Freedom or Death”), the very syllables that represent each bar within the Greek flag. Happy Greek Independence Day!