The contracting of Left morale advantage was hubris
Featured

The contracting of Left morale advantage was hubris 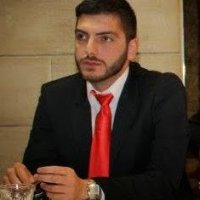 But the best is with what agenda and with what purpose? The hope apolitical trade apempolise and entrenched the intellectual elite of Greece. We lived and we live every day everything katakerafnonoume. Political life rolls with rescue conditions skyftomesidon ensconced and kill every self-employed, each citizen attempts.Disagree … Why? Today hits red alert our very existence when at the same time the public Occupying policies of 2012 in the year 2016. I am ashamed that I write. All seek renewal and change, offering hope and growth. Lies on lies and the only winners are those who have secured their place in the protest party . The oldest materials promise renewal and change. It is impossible and leads nowhere.

Change is not a technical process requires vision and people to implement it . It is dangerous still surviving guilds false notion, personal interests and people without qualifications. Now there are three identities. Supporter, client or holder of office . All those who could escape did. In other words, you may approach the electorate in terms antidexias 80s nor in terms of nationalization 90s simply because there are references to these issues.

Today hits red alert our very existence when at the same time the public Occupying policies of 2012 in the year 2016.

On the other hand, today’s voters intermediate parties have a greater affinity with the voters of New Democracy, rather than those of SYRIZA .Healthy forces who care for their land are those who shrink the “want” them to cooperate with others. The country no political force is not interested in cooperation.Everybody wants to rule the vulgarity of their insecurity to constantly excel . When is 50% of the electorate not democracy works, simply maintained artificially. The legislative function of Parliament was replaced with updated financial instrument agreements. Nonexistent political reflexes of Greeks who pledged allegiance to the Constitution and laws of this state.

For the first time going to complain bourgeois! Go out on the streets social classes remain excluded from the management of a creative Greece for decades. It is worth mentioning the Government’s reaction to the movement # resign , which highlights the perception of anything and anyone disagrees with the handling of. A conservative and regimented approach as an extension of the culture of SYRIZA MPs that dictates how we vote you come to stay in power .

The last six years the Greeks suffered multiple shocks in their personal lives and their financial situation. At the same time the media broadcast images of disaster in Athens indignant that was aided by hooded and helmeted groups. These phenomena disappeared, certainly not solved because the economic and political problems of the country . The society became part of the immunity phase where reflexes are not present, only self-preservation. The only solution is, citizens and parties to reread the society to the new conditions that have developed and turn to this in a simple and clear way, a way that stands logic and meaning to the now not ’60, ’74, the ‘ 91, 2004. Whoever manages survives and fights to be. Others migrate in political obscurity.

Major Governmental Left respect bourgeois before the upcoming national division without the words “right – left”, but only with the dividing line hate excluded creative forces. With the “suggestive” and aimless your policy, which failed miserably ended up defending the authority and your absolutism who spoke for deeper and deeper Republic.

The social division that sowed over five years and continue to wreak -anoitos aptoitoi- is here, and attaches its poisoned fruit. It is only a matter of dissolution of the middle class is a matter of direct threat to the Republic . The discussion is now handled through the streets although should be conducted in terms of political and institutional revolution not as objectors of the sofa but as our identity connoisseurs, the highest organ of the electorate.

Previous articleAnnouncement: We would like to welcome Antonios Xylourgidis to the HNA Team!
Next articleDemocracy amber alert