A Conversation with Catherine Tsounis On September 24th Awards Luncheon

American Hellenic Institute (AHI) President Nick Larigakis wrote to Secretary of State Mike Pompeo ahead of his planned visit to Greece next week, which...
Read more
In Greek

The first-ever Virtual Hermes Expo is America’s most anticipated virtual vendor exhibition and webinar conference for Greek, Greek-American, and Philhellenic businesses and professionals. This...
Read more
In Greek

Today, Archbishop Elpidophoros of America met with US Secretary of State Mike Pompeo to discuss a number of issues important to the Ecumenical Patriarchate,...
Read more 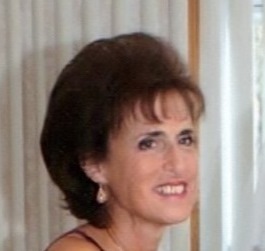 The Hellenic News of America, Hellenic American National Council, Prometheus Greek Teachers Association, The Heritage Museum of Epirus and Hellenic Paideia Association of America will sponsor a Greek Heritage Education Luncheon honoring Catherine Tsounis, Journalist/Writer/Educator of the Greek Language and Culture. The event will be held on Sunday, September 24th, 2017, 3:30 p.m. at the Heritage Museum of Epirus, 2514 Broadway, 3rd floor, Astoria, NY. The Luncheon is free, compliments of the sponsoring Organizations. Registration in the Prometheus Greek Teachers Pension Plan will take place. All our teachers and sponsors are invited to visit the Heritage Museum of Epirus. Please RSVP Prometheus Greek Teachers Association President Demosthenes Triantafillou at 551-574-2781 or email [email protected] and John Siolas 718 631-7237 or [email protected].

Prof. Demosthenes Triantafillou, President of the Greek Teachers Association “Prometheus” wrote that “on September 24th, the Greek American Community will pay tribute to one of our distinguished Greek American writers: writer, journalist and educator Catherine Tsounis-Siolas, for her contributions to the promotion and perpetuation of the Greek American Heritage! The event is unprecedented in its meaning, expression of recognition and appreciation of Catherine’s commitment.

Catherine Tsounis Siolas has been a classical pillar that has done exemplary academic work to highlight the Greek American experience in her wonderful books. Her books are treasured in libraries and many Greek American households. She has been a beacon of inspiration to all of us! The Greek Teachers Association “Prometheus” is proud to cosponsor this honorary luncheon and invites all Greek Americans to participate in this unique event and share the pride and joy with all of us!”

The Hellenic News of America had a conversation with Prof. Tsounis of her career. “I am totally surprised by this exceptional honor,” she said. “I am really humble and prefer not to be seen. Mr. Paul Kotrotsios, Publisher of the Hellenic News of America, conceived of this award. He joined forces with Prof. Demosthenes Triantafillou, President and Prof. Alexander Colombo, Secretary General and Technology Director and the Board of  the Greek Teachers Association ‘Prometheus’, Bill Mataragas, President, Hellenic American National Council (HANC),Director Chrisoula Zicopoulos of The Heritage Museum of Epirus and President Vasiliki Filiotis of the Hellenic Paideia Association of America. Irene Cheung, Founder and President of the Key Luck Club, has been assisting the societies with community support in Queens, New York. I am very appreciative of their efforts.”

She continued saying “I prefer working in the shadows, in journalism, Greek education and as an Associate Broker at Andrew Stype Real Estate Inc. in Mattituck, NY. I feel I have an obligation to pass on the legacy of the Greek language, culture and Greek Orthodox faith to the next generation. I want to perpetuate the work of my generation.  We must inspire our children and their network to be proud that they have Greek roots. Isocrates first defined a Hellene as ‘He who partakes in the Hellenic Paedeia (education) is a Hellene.’ This statement made 2,500 years ago, describes our life in America today.

The writer describes her family background. “My parents, George Tsounis and Mother, Cleopatra Athena Pappas (Papatonakis) were born in the United States in 1922 and 1923. Their parents were from 1900’s Limnos, Chios when it was part of the Ottoman Empire and Western Anatolia refugees from Tseme and Katopanagia in the State of Izmir. I was mesmerized by my vivacious grandmother, a brunette with olive complexion and blue eyes as light as the Aegean Sea. She was an independent, businesswoman, with cosmopolitan clothes. She played rebetika, told fortunes by reading cards and from Greek coffee. Speaking Greek at home with Yiayia Despina changed my life. I felt comfort being around Greek speaking persons because of her. My Mother’s Father, Christo Pappas (Papatonakis), became an American citizen in 1912 by passing the U.S. citizenship exam. Nuns and priests were in my Mother’s family.  My Mother, Cleo, helped to establish St. Demetrios Greek American Parochial School of Astoria in 1957, and the Transfiguration of Christ Greek Orthodox Church, in Mattituck, New York.”

She stated that she “came from a home that believed ‘America is the only hope for us. This is our country, right or wrong.’ We were taught an intense loyalty of the same type to the Greek Orthodox Church of America. I have incorporated these themes in my writings. I grew up in Astoria on 37 St. with family. My Dad’s godparents, Nicholas and Catherine Christofis, our koumbaroi from Panagia, Limnos and their children, Mary Christopher Rallis, a retired NYC school system professional, my godfather Chris Christopher, a WWII veteran and the first United Nations cartographer and godmother Aspasia Christopher, the first NYC Greek-Bilingual guidance counselor lived a few houses away. Their daughter, Diane Christopher and her family have continued the friendship from 1900’s Limnos till today. Greek ties are held from generation to generation.

My education was at St. Demetrios of Parochial School, and Bryant High School in Astoria, New York. I acquired a Bachelor of Arts degree from Queens College. I hold a Master of Arts degree in Byzantine  History from the Queens College Graduate School of CUNY.  I am a veteran teacher of the New York City School system, with an emphasis on Bilingual-Greek language studies. From 1975-1977, I began teaching Greek Afternoon School at the Transfiguration of Christ Greek Orthodox Church in Mattituck, New York.”

She explained that “Teaching Greek in Mattituck led me to secure a Greek Teacher’s License from the Archdiocese of North and South America and a Bilingual Greek ancillary license from the City of New York. It led to a career as a Greek translator and later as an adjunct instructor of Modern Greek in St. John’s University for thirteen years. Communicating in Greek helped me sell and invest in Mattituck real estate. Through the help of Val, Andrew and Erica Stype of Andrew Stype Real-estate, I have been an associate broker from the mid 1980’s.”

Ms. Tsounis explained she “is a photo/journalist on the national and international scene from 1974, in the internet, magazine and newspaper mediums. I began my journalism career in Mattituck. My parents and their Cypriot immigrant friends from Kyrenia and Asgata encouraged me to write articles about their church building efforts. My first break was with the Long Island Traveler Watchman, then Suffolk Times and Suffolk Life in 1964. They published everything I wrote from the age of 16 years old, as a High School sophomore. This inspired me to continue writing and build a career in Greek-American newspapers. Today, I work closely with Publisher Paul Kotrotsios and Co-Publisher Ms. Aphrodite Kotrotsios of the Hellenic News of America. Mr. Apostolos Zoupaniotis, publisher of the Greek News of America, helped me acquire a NYPD press card. I collaborate to create articles with his partner, Mr. Dimitrios S. Panagos. Mr. Tony Barsamian, publisher of the Queens Gazette, says ‘I publish all your articles’ including pieces on modern and Byzatine publishes my articles, that included my discovery of Byzantine Russia. My publishers and newspapers: Anastasios Papapostolou, Editor of the GreekReporter.com; Mary and Christos Papoutsy of Hellenic Communication Service; Margo Catsimatides and Jimmy Kapsalis of the Hellenic Times; Hellenic Voice; Hellenic Chronicle; Proini; Orthodox Observer; Tribune; Courier; Bayside Times; Queens Chronicle; St. Nicholas Church of Flushing Argus and other publications.”

She described her university career “as an adjunct instructor of the Modern Greek Language and Literature at St. John’s University, Queens, New York from 1997-2010. We created: scholarship program through donations from Greek organizations and private donors; a lecture series, Greek culture evenings and a Modern Greek Honor Society through the assistance of the Arcadian Association of America ‘Geros tou Morea’. Dr. John Spiridakis and Dr. John G. Siolas were inspiring with Dr. Gaetano Cipolla and Dean Salvatore Spizziri. I was inducted into “Who’s Who Among America’s Teachers,” in 2002 and 2005. Another honor was the granting as the first third generation Greek-American to be awarded the Alexander S. Onassis Public Benefit Foundation, USA scholarship in category B in 2002-2003 for advanced teacher training. In 2005, the New York City Council Proclamation awarded me a proclamation in commemoration of the 184th Anniversary of Greek Independence for my contribution to New York City and the Greek-American community.

On April 24, 2010 at the 19th Hermes International Expo in Atlantic City, as a member of the Federation of Hellenic Teachers in the USA and the Greek Teacher Association Prometheus, I was honored for keeping Hellenism alive in the United States. I would like to thank Mrs. Stella Kokolis, President of the Federation of Hellenic American Teachers for her continuous support since the 1980’s. A citation was given by New York City Councilman Paul Vallone of the 19th District for my book ‘Through My Eyes: St. Nicholas Greek Orthodox Church Flushing, New York 1987-2014’ on March 10, 2015.”

I will like to conclude by saying I am what I am because of one person: Dr. John G. Siolas. His inspiration created my careers. Dr. Despina Siolas, my daughter advises and directs my journalism pursuits, especially on my blog GreekAmerican Experience.wordpress.com and facebook. My son-in-law, Laurentino Ibarra is the reason we are travelling to Arcadia, Greece. ‘Go and preserve your real estate in Arcadia so my family has Greek roots,’ he said. Finally,my accomplishments are the result of the Greek-American community who have unanimously supported me. Their names are too numerous to list. You are all appreciated. I have attempted to follow Pericles quote that “What you leave behind is not what is engraved in stone monuments, but what is woven into the lives of others.”

Previous articleFrom the Desk of US Congressman John Sarbanes. National Night Out gave me the opportunity to visit several communities.
Next article“Dr. John’s Newsletter”