“The Songs of Our Life” 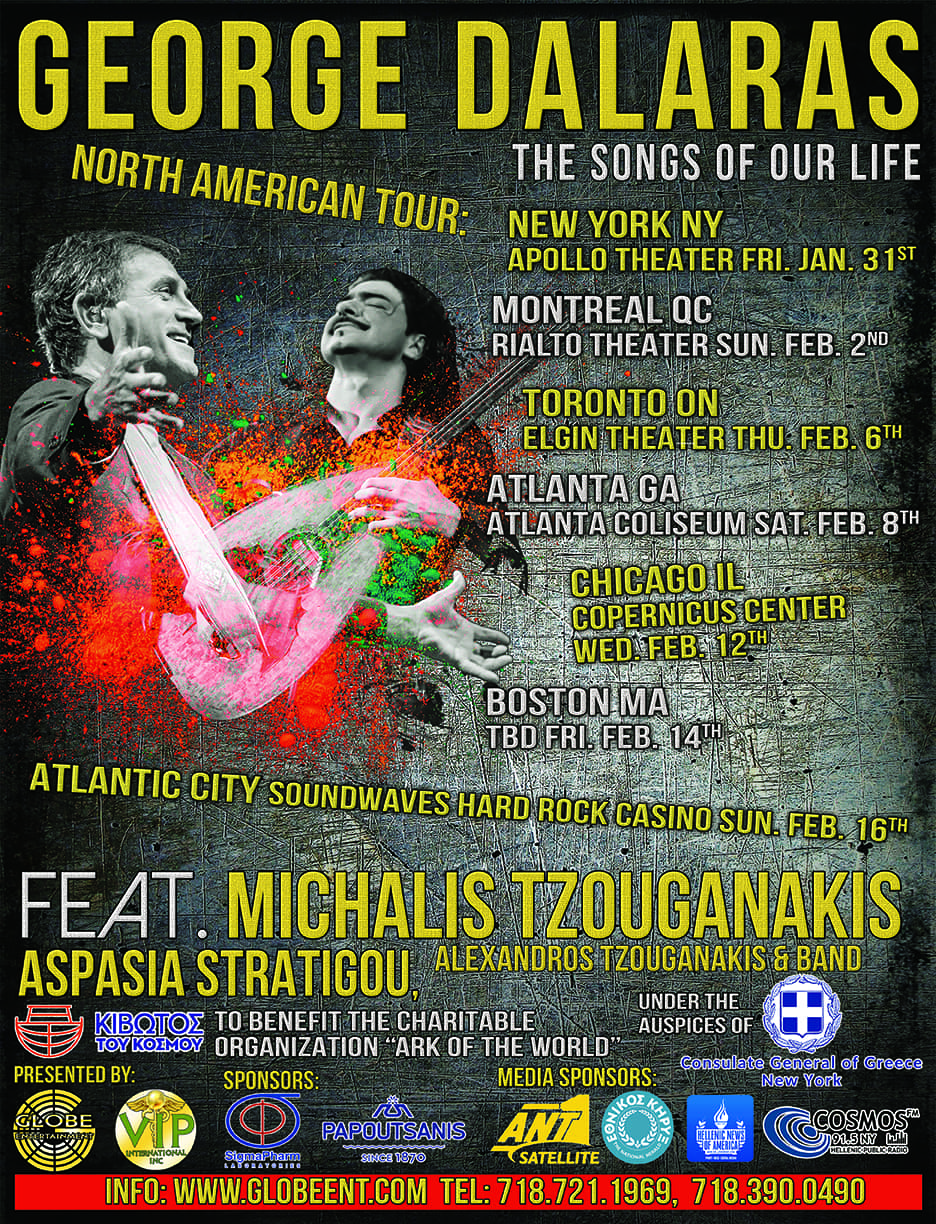 George Dalaras begins a series of concert performances at the famous Apollo Theater in Harlem on Friday, January 31st 2020.  George Dalaras will share the stage in this tour, with Michalis Tzouganakis, who comes from Crete.

George Dalaras, apart from his brilliant career as a singer, is also a musician, as he often likes to say.  In this performance, along with singing the songs we all love and know all these years, he highlights his lifelong love of the guitar and other popular instruments. Together with 6 soloist musicians, he performs his favorite songs- those arranged for this group, are selected from his greatest hits, and some others are unexpected, slightly hidden songs that he has had all these years but that are not known to the wider public. He brings all these passions together in this series.

As mentioned above, Michalis Tzouganakis, a composer-soloist in lute and singer, will be on stage.  George Dalaras and Michalis Tzouganakis are connected with a long and constructive cooperation in Greece and Europe and a deep friendship. Joining them is the exceptional Aspasia Stratigou and the very youngMICHALIS TZOUGANAKIS musician and singer, Michalis’ son, who continues in the tradition.

An original and authentic performance, enriched with love, yearning, closes the distance between musician and audience in a breathtaking performance.

Greeks of the Diaspora are looking to register marriage in Greece

How to get Greek Citizenship through my Greek-born parent