Dr. Panagis Galiatsatos reached out to longtime friend and co-publisher of the Hellenic News of America, Aphrodite Kotrotsios, to inform her about his new initiative, Medicine for the Greater Good.  Dr. Panagis explained how this wonderful medical community initiative can help promote health mindfulness.  One of his goals is to also reach out and inspire his fellow Greek-Americans in his hometown of Baltimore, MD.  Panagis Galiatsatos was born and raised in Baltimore, predominantly in Greektown.  He is currently a pulmonary and critical care fellow at the National Institutes of Health and Johns Hopkins.  He is the co-founder and the current co-director of a medical education initiative focused on medical community partnerships called Medicine for the Greater Good.

Aphrodite Kotrotsios: What is Medicine for the Greater Good (MGG)?

Dr. Panagis Galiatsatos: Medicine for the Greater Good is a medical community initiative I founded in 2013.  Its purpose is to help raise awareness of socioeconomic determinants of health and health equity in health professionals, from medical students to resident physicians to nurses.  The medical education portion is rooted in workshops that discuss issues of health inequity while the participants of MGG are also required to pair with the community to promote health and wellness.

AK:  Who and when was MGG established?

PG:  Medicine for the Greater Good was formally established in 2013 by  my colleague, Colleen Christmas, MD and I.

AK:  What are MGG’s goals for the next couple of years and beyond?

PG: Goals moving forward include continuing to be seen as a pivotal need in medical education – meaning, the emphasis of health equity, social justice and socioeconomic determinants of health.  Young health professionals need to be aware of these issues to help patients of today; if medical education emphasizes these issues, then it is more likely that medicine will be seen as a public trust.

Its other goal is to continue to build relationships and partnerships with Baltimore City organizations, from schools to faith-based.  These partnerships are intended to help promote health and wellness in communities while empowering community members in regards to their health issues.

AK:  How has MGG impacted Greektown in Baltimore?

PG:  Medicine for the Greater Good was established in 2013.  In 2011, I began to work with faith-based organizations, particularly St. Nicholas Greek Orthodox Church in Greektown.  Over the next two years, working with Father Michael and the congregant members, I realized the difficulty of being a patient in the 21st century.  Working with the church helped me realize that patients and their caregivers need much assistance that the current model of medicine (clinics and hospitals) fails to help them in.  Thus, getting physicians aware of issues facing patients then sending them into the community is, in my belief, the way to help overcome issues of medicine today, while transforming health providers from disease treaters to health promoters.

AK:  What advice do you have as a young successful Greek-American physician for other young Greek-Americans with the same aspirations?

PG:  Currently, by my initial work with St. Nicholas Greek Orthodox Church, Medicine for the Greater Good has had close to 100 students enrolled and has impacted well over 2000 Baltimore Citizens.  We have published much in medical literature while also being featured in the New England Journal of Medicine.

But none of these accomplishments could have been achieved if it were not for my recognition of my heritage.  It was my family, my friends and my church that have helped me take my passion for health and build a vision to help them.  And in that fashion, this vision is now transforming Baltimore City.  Thus, my advice is that if you truly wish to revolutionize the world, look to your heritage – wisdom is among our Greek community! 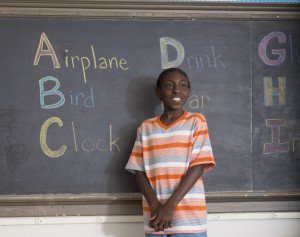