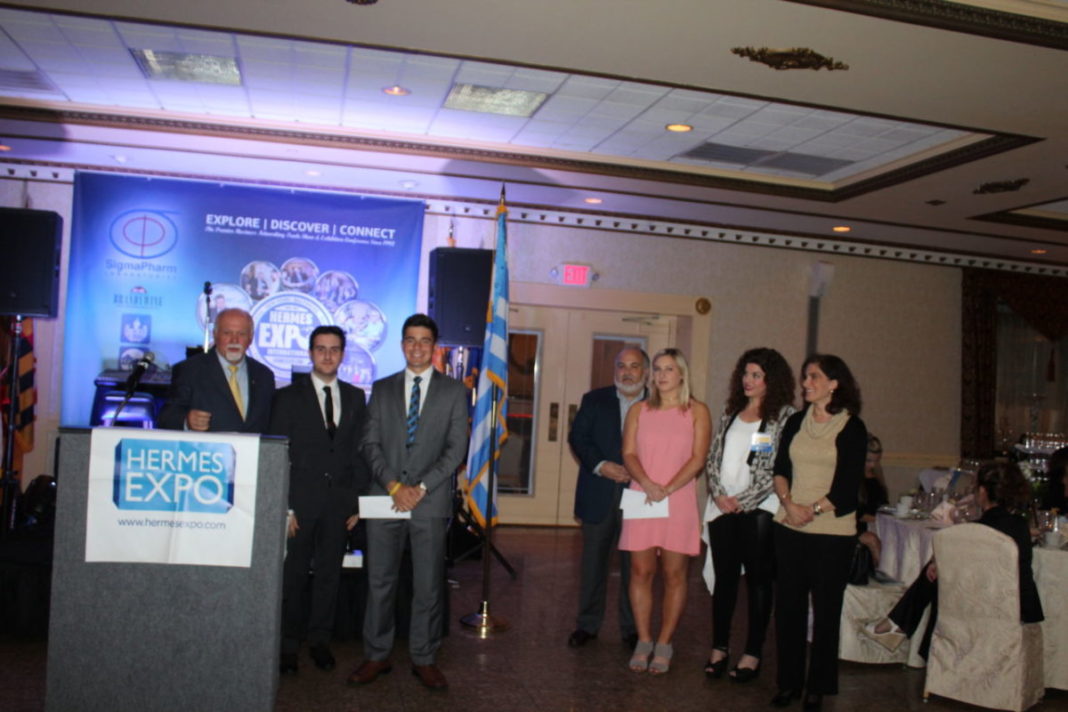 Western Civilization is a term used very broadly to encompass a heritage of social norms, ethical values, traditional customs, belief systems, political systems, and specific artifacts and technologies that have some origin or association with Europe. The term also applies beyond Europe, to countries and cultures whose histories are strongly connected to Europe by immigration, colonization, or influence in contemporary society. Western thought originates primarily from Greco-Roman influences, and includes the ideals of the Renaissance, the Enlightenment, and Christian culture. Western culture is neither homogeneous nor unchanging. As with all other cultures, it has evolved and gradually changed over time. Nevertheless, it is possible to follow the evolution and history of the West and appreciate its similarities and differences, its borrowings from, and contributions to other cultures. Contemporary Western Civilization formed through the influence of Hellenic, Roman, and Christian culture. The Ancient Greeks founded Western philosophy, science, art, and democracy. Through the expansive Empire, the Ancient Romans spread Christianity around Europe.

Ancient Greece was the birthplace of Western culture about 4,000 years ago. The ancient Greeks produced many achievements in areas of government, science, philosophy and the arts that still influence our lives today. Most notably, Greece, specifically Athens, created the first form of democracy in the Western history. By the 2nd century B.C. Romans conquered Greece and came to appreciate the Greek culture. Mixing of elements of Greek, Hellenistic, and Roman culture produced a new culture that is referred to as Greco-Roman culture or classical civilization. Ancient Rome contributed to the establishment of law, art, literature, war, technology, architecture, religion, and language in Western society. The history of Ancient Rome still has a key influence on the world today. The Romans were a bridge between Greek and Hellenistic culture and modern nation states.

Ancient Greece was the birthplace of democracy in the Western Civilization. Democracy was slowly created through gradual reforms. Draco created the first penal and civil law code in Athens in 622 BC. An outstanding statesman called Solon was elected the first “archon”, the highest state official, in 594 BC. Solon prepared the basis for political changes in Athens. He divided citizens into four groups based on agricultural output, established the Council of 400, the jury court, and considerably increased rights of the “ekklesia”, the assembly of all citizens of Athens over 20. In 510 BC Cleisthenes, an Athenian statesman, established democracy as an official system of government for the first time in world history. Athenian democracy was sustained through continuous reorganizations. The name comes from “demos” meaning people and “kratos” meaning power. Generally, Athenian democracy was based on the opportunity for all citizens over 20 to take part in governing the country. Athenians developed term limits for the archon and his eight assistants to preserve democracy. Democracy was more than a system of government. As in current times, democracy was an ideology and a sense of pride for Athenians. This environment undoubtedly helped the citizens of Athens to broaden their minds, their cultural awareness, and to develop intellectually.

Ancient Greek philosophy focused on the role of reason and inquiry. The influence from ancient Greek and Hellenistic philosophers can be traced through medieval Muslim philosophers and scientists, the European Renaissance and Enlightenment, and modern education, government, and natural sciences. Socrates was a classical Greek philosopher. Considered one of the founders of Western philosophy, he strongly influenced Plato, and Aristotle. He made his most important contribution to Western thought through his method of inquiry, known as the Socratic method. He is principally renowned for his contribution to the field of ethics; as illustrated in Plato’s political dialogue “Crito”, where Socrates explains why he must obey the law, even if they are unjust.  Socrates also made important and lasting contributions to the fields of epistemology and logic, and the influence of his ideas and approach, remains strong in providing a foundation for much Western philosophy.

Plato, Socrates’ protégé, is one of the most influential philosophers of Western thought. He wrote several dozen philosophical dialogues, metaphysical arguments in the form of conversations. The early dialogues mainly discuss methods of acquiring knowledge and later works debate justice and practical ethics. His most famous works expressed a synoptic view of ethics, metaphysics, reason, knowledge, and human life. Plato’s student, Aristotle, placed much more value on knowledge gained from the senses and could correspondingly earn the modern label of empiricist. Aristotle set the stage for what would eventually develop into the scientific method centuries later. Aristotle was also a great thinker and philosopher. His philosophy was crucial in governing intellectual thought in the Western world. As the tutor and trusted advisor to Alexander the Great, Aristotle wielded much influence over Hellenistic thought. His views and approaches continued to dominate early Western science for almost 2000 years.

According to Greek legend, the founder of Western literature was a blind poet called Homer. His epic poems have influenced many medieval and modern poets and novelists. Homer was the showpiece of Greek education; feeding the imaginations of Greek poets, dramatists, philosophers, historians, sculptors, politicians and the common people for generations. He was known as the founder of Western literature, not only because he was its pioneer and greatest author but also because he made a direct influence to most of the literary figures that followed.

Ancient Rome was inspired by Greek culture. Rome was a civilization that expanded out of a small agricultural community. The empire was founded on the Italian peninsula in the 9th century B.C. During its existence, it moved from a kingdom to an Oligarchic Republic then to an expanding Autocratic Empire. Roman civilization grew to dominate Southeastern Europe, Western Europe, and the Mediterranean area through military expansion and assimilation. The Roman Empire is categorized into the classical era, comprising the joining civilizations of Ancient Rome and Ancient Greece, jointly referred to as the Greco-Roman world. The Romans were proud of their rule but they appreciated Greeks leadership in the fields of art, architecture, literature and philosophy.

The language of Rome was Latin, an italic language that relies little on the order of words. Latin was founded on the Etruscan alphabet, which was originally based on Greek alphabet. Most of the literature that was studied by Romans at that time was in Greek. The growth of the Roman Empire spread Latin language throughout Europe. With time, Latin evolved in different areas, eventually creating several Romance languages.

Christianity has a large influence over Western culture and acts as a major link between the ancient world and the modern civilization. Jesus and his followers preached the appealing message of love and forgiveness. Christian theology spread throughout the Roman empire and became an integral part of Western culture. Based on Christian thought, the Romans came to accept that laws should be fair and equal to every person, whether wealthy or poor. The effect of Christianity is seen in the current societal moral codes of Western nations.

The peaceful existence brought in by Pax Romana, supported the growth of native towns into cities. During Pax Romana, Roman culture, including Christianity, was spread to Western Europe. The Roman power in the semi-civilized regions of Western Europe assisted in humanizing and civilizing the Western provinces in different ways. The legionary camps in the provinces eventually became lasting settlements, towns, and cities when local merchants and families settled around them. The military origins of these cities are reflected in places like Winchester from the Latin term “castra” which means camp. Most of the army officials did not return home after they were discharged from the service. They remained in the camps, married local women and raised children under Roman culture. Furthermore, the extended period of peace allowed the Romans time to build excellent systems of paved roads that stretched across the empire. The roads connected Rome to the other parts of the empire. This allowed for easy travel and trade that assisted cultural and religious assimilation.

Historians can trace the influence of Greek and Roman culture to contemporary Western Civilization. Every intellectual movement of Western culture was inspired by Greco-Roman times. The European Renaissance began when Humanists rediscovered classical texts. The Scientific Revolution looked back at past theories and technological advances from ancient civilizations. The Enlightenment was a modern analysis of classical philosophy and greatly inspired by Athenian Democracy. Christian, Hellenistic, and Roman culture not only created major parts of modern society, such as the system of government, but also effect the individual. The influences of these ancient cultures have formed modern moral codes and shape how individuals perceive the world around them. 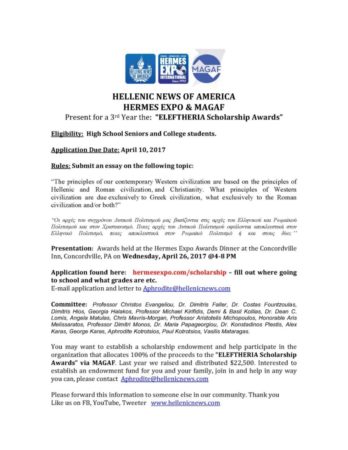