Georgiadis: From Christmas onwards the economy will slowly recover” 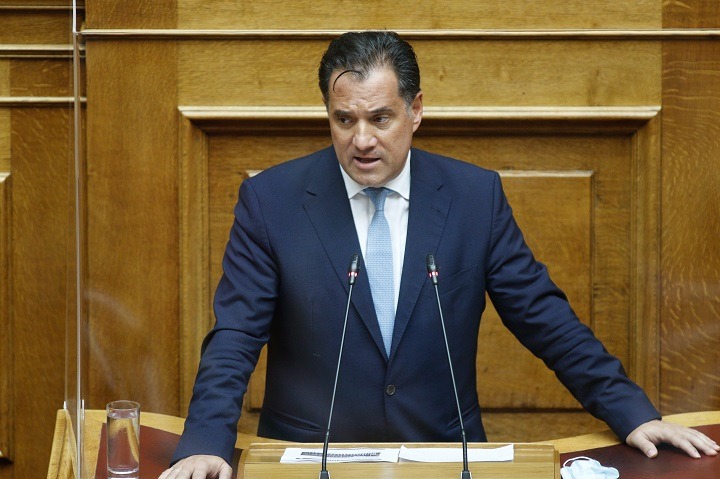 The government, with effective measures, will face the imported inflation crisis, said the Minister of Development and Investment ‘Adonis Georgiadis, speaking in the Parliament and expressed the assessment that “from the holidays onwards, the reverse course of this whole phenomenon will begin, “By the time global demand is met, the Christmas market is over and the economy is slowly recovering.”

As long as, as the Minister stressed, the forecasts of international companies for the great growth of the Greek economy and the great growth in 2021 are confirmed, if necessary, there will be the fiscal space for additional support measures.

“The economic measures we have taken so far have an extremely positive imprint and we say to the Greek citizens that, as we faced the previous crises that occurred during our rule, so now we will face, with logic, prudence, wisdom but also with effective measures “Crisis of inflation coming from abroad”, said Mr. Georgiadis.

“It is not an endogenous problem. It is not a cartel problem. It is not a problem as a result of speculation in Greece. Taking advantage of the international surge in prices, both the General Secretariat for Consumer Affairs is conducting uninterrupted daily checks – on a weekly basis in the thousands – and the Competition Commission, last Friday, made a surprise raid on all supermarket chains and wholesale chains just to sell, “There is some kind of ‘cartelization’ of the market, in some products”, said the Minister of Development and Investments. In the alternative, as he pointed out, the market provision that puts a ceiling on the profit margin that companies may have in relation to the profit they had in February 2020 was kept in force, companies that sell basic consumer goods can not increase their profit more than they had in February 2020. Checks are made, purchase and sale invoices are checked and if we find someone who has exceeded this 20%, we can impose fines.

“We all believe that from the holidays onwards, the reverse of this whole phenomenon will begin, as global demand is now met, the Christmas market is over and the economy is slowly recovering, unless we have some next very big turmoil “, Mr. Georgiadis also stated and to underline that” if the forecasts of the international companies for the great growth of the Greek economy and the great growth in 2021 are confirmed, if necessary – and the decision will be made by Mr. Prime Minister – there will be the fiscal space to give additional measures “.

“Fortunately, thanks to our collective effort and the efforts of all Greeks, 2021 is evolving into one of the best economic years for Greece and perhaps the all-time growth record for the Greek economy,” said Adonis Georgiadis.