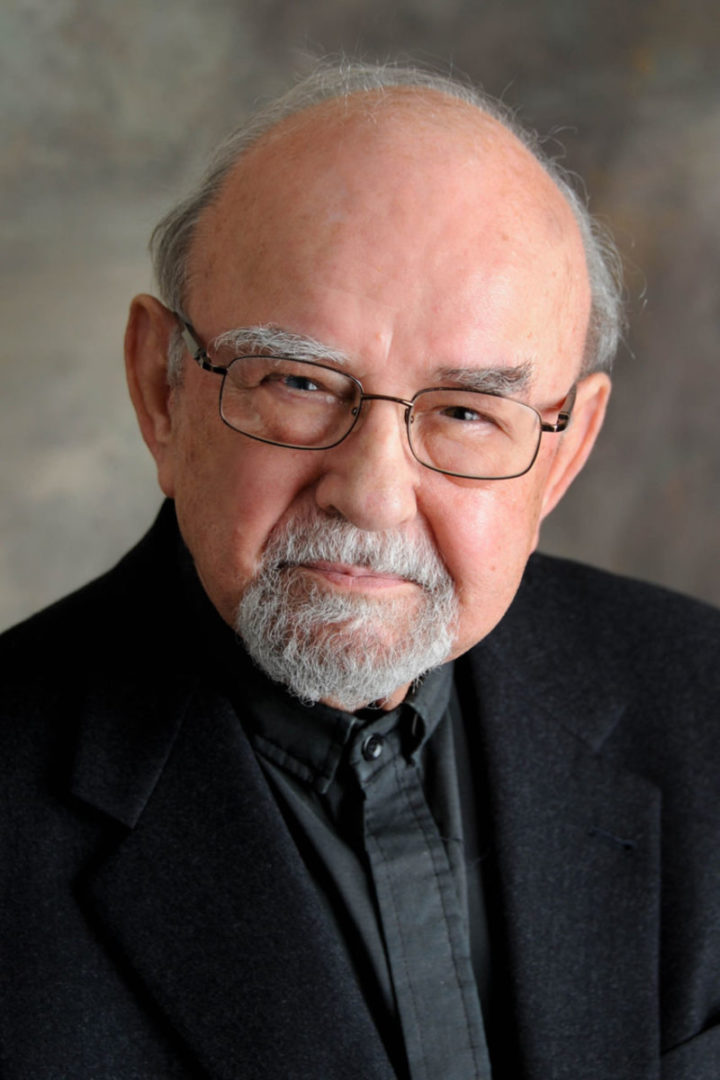 Rev. Dr. Demetrios J. Constantelos, 89, passed on peacefully, from time to eternity, in the presence of God on Tuesday, January 10, 2017.

Father Demetrios was born in Spilia, Messenia, Greece in 1927 to Ioannis and Christina Constantelos. He often reminisced about his childhood and especially, his beloved fields of Madourou. After the difficult years of Italian and German occupation and then civil war in Greece, he emigrated to the United States in 1947, on a scholarship to attend the Greek Orthodox seminary in Pomfret, CT.

Dr. Constantelos earned a master’s of divinity from Princeton Theological Seminary, and a master’s and doctorate in history from Rutgers University. He taught at Hellenic College in Brookline, MA from 1965-1971, and also served as the chair of the history department and dean. Afterwards, Prof. Constantelos became one of the founding faculty members of Stockton University, in Galloway Township, NJ, where he taught for twenty-six years and served as the Coordinator of Historical Studies. He was eventually appointed Charles Cooper Townsend, Sr. Distinguished Professor of History and Religious Studies. At Stockton, Professor Constantelos’s efforts led to the establishment of the Interdisciplinary Center for Hellenic Studies, one of the foremost academic centers in the United States for the study of Hellenism. He is the author of Byzantine Philanthropy and Social Welfare (1968), Poverty, Society and Philanthropy in the Late Mediaeval Greek World (1992), Christian Hellenism (1998), Understanding the Greek Orthodox Church (4th ed., 2005), and more than twenty other single-authored and edited volumes, along with scores of articles and other contributions to historical and religious journals, edited volumes, and encyclopedias. His writings have been translated into many languages. Rev. Dr. Constantelos was the editor of The Greek Orthodox Theological Review, an associate editor of The Journal of Ecumenical Studies, and he served on the Revised Standard Version Bible Committee of the National Council of Churches. He was bestowed honorary membership in the Hellenic Historical Society and the National Society of Literary Persons and Authors, and was awarded the Gold Cross of Saint Paul by the Synod of the Church of Greece.

Scholarship and teaching were lifelong passions, and one of the sources of his success as a classroom teacher, conference speaker, parish priest, and conversationalist was the fact that he was a man with a constantly-inquiring mind and a readily apparent love of history, religion, and teaching.

Rev. Dr. Constantelos was devoted to his beloved wife of 56 years, Stella Croussouloudis of New York and Chios, Greece, who predeceased him in 2010. Also preceding him in death were siblings Vasili, Giorgos, Toula, Efstathia, and Maria. He is survived by his four children, Christine (Robert), John (Polly), Eleni, and Maria (Panayiotis) and six grandchildren, Damon, Alex, Michael, Peter, Julia and Demetri. He is also survived by four siblings, Stavros, Eleni, Amphitrite, and Panayiotis, nieces, nephews, and cousins. He had great love and pride for all his family. He is survived as well by a legacy of profound love, both given and received. He will be deeply missed by his family and all those who were privileged to know him.

Friends and relatives are invited to the viewing which will be held from 3:00 to 8:00 p.m. on Sunday, January 15 at Holy Trinity Greek Orthodox Church, 7004 Ridge Ave., Egg Harbor Township. Funeral services will be held at 11:00 a.m. on Monday, January 16, also at Holy Trinity. Burial will follow at Laurel Memorial Park, Tilton Road, Egg Harbor Township.

In lieu of flowers, the family requests donations be made in his name to the Interdisciplinary Center for Hellenic Studies at Stockton University, or to Holy Trinity Greek Orthodox Church of Egg Harbor Township, NJ.