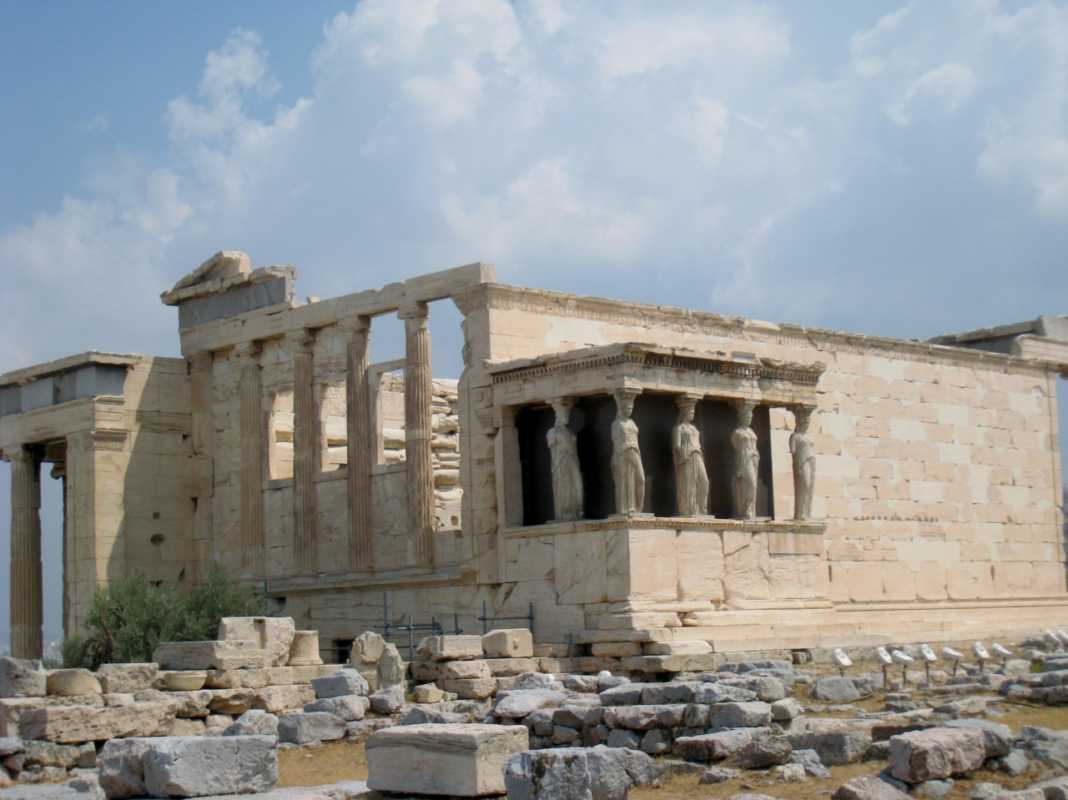 March 25th is the dual holiday for the Greek nation, celebrating the 1821 Greek Revolution and the Annunciation of the Virgin Mary. “We will not be able to go to church for services today,” said Pitsa Gerou-Macarounis, Athens Greece. “The Friday Lenten Akathistos hymn services are canceled. The 25th of March Parade will not take place. Religious services for Holy Week and Easter will not take place in Athens.”

Pitsa, her husband Christos Macarounis and son Thodoris are quarantined in their apartment since February 24th, as all Athenian families. “We can not visit our son Yanni nearby, nor travel to our permanent residence in Tripoli to see our other son Kosta,” she explained. “No movement. Isolation in homes. All restaurants, hotels, and stores closed, except for one in every city. In Athens, three types can operate in the entire city. On March 25th, the supermarkets, pharmacies, hospitals, bakeries and some services by internet can operate under special permission. Religious weddings and baptisms have been postponed. Funeral services are open to the immediate family. What will happen and when this will end is unknown.” Mrs. Gerou-Macarounis communicated through the internet.

Radio 91.5 Tripoli gave a visual YouTube image of 25th of March celebration in Petrinos Square with the Malliaropouleio Theater on the west side. Kosta Mac, radio commentator said “We are at Plateia Petrinou on March 25th with no movement. The no movement in public square is in full force. Tripoli is totally dead. No travel of persons. We are outside the Malliaropouleio Theater where the Greek National Anthem will be played in commemoration of Greek Independence Day.” At the conclusion of the National Anthem, Kosta Mac said  “Chronia Pola (Happy Holidays). Remember. All must stay in their homes.”

Journalist Dimitri Fillipidis, on Hellas FM, gave an uncensored description of March 25th Celebration in Greece. We are lucky we have a free press, that does not exist in Greece. “On the eve of Greek Independence Day on March 24th, the Mitsotakis government revealed 28 hot spots of the Coronavirus throughout the mainland in Macedonia, Central Greece, Peloponnese and Greek islands. Illegal immigrants live at these hot spots.” I couldn’t believe what Fillipidis was saying. I spent several hours researching internet sites in English and Greek for this information. Nothing! I called and interviewed Journalist Fillipidis on the phone over this statement.  “Do I speak the TRUTH. Have I been wrong?”, he replied. Up to the day of the publishing of this article, Mr. Fillipidis has been accurate. His sources tell him facts that must be censored in Greece’s newspapers, radio and internet for fear of reprisals.

Instead of being at St. Nicholas Greek Orthodox Church in Flushing on March 25th, I listened to his broadcast that said “opening borders to persons who are a human atomic bomb is wrong. Everyone must stay in homes up to April 22nd, according to a government law. But illegal immigrants can congregate and move freely in our communities. Needed medical supplies of masks and supplies to Greece and Italy from China were diverted to Germany. Italy and Greece need it now. Germany has these supplies. In the next European elections, Italy must express their concern.” My research proved his statement is correct. Anyone interested in the links can email me.

Mr. Fillipidis explained  “Refugees come from Turkey untested for coronavirus. Turkey hides the statistics of how many have it in their country. The refugees can enter and give viruses to all. We must all be united on the same front: Borders, Language, Culture and the Greek Orthodox Church. My associates, who are not rich, and I are risking our lives coming to our radio station. I feel wealthy communicating the truth in Greek to our people who only know Greek, using the microphone to describe the situation in Macedonia, Aegean Islands and all of Greece. I never thought we would live this moment.”  March 25th,2020, on the 199th Anniversary of the Greek Revolt, can be best summarized by General Theodore Kolokotronis who said  “Greeks, God has signed our Liberty and will not take his signature back.”