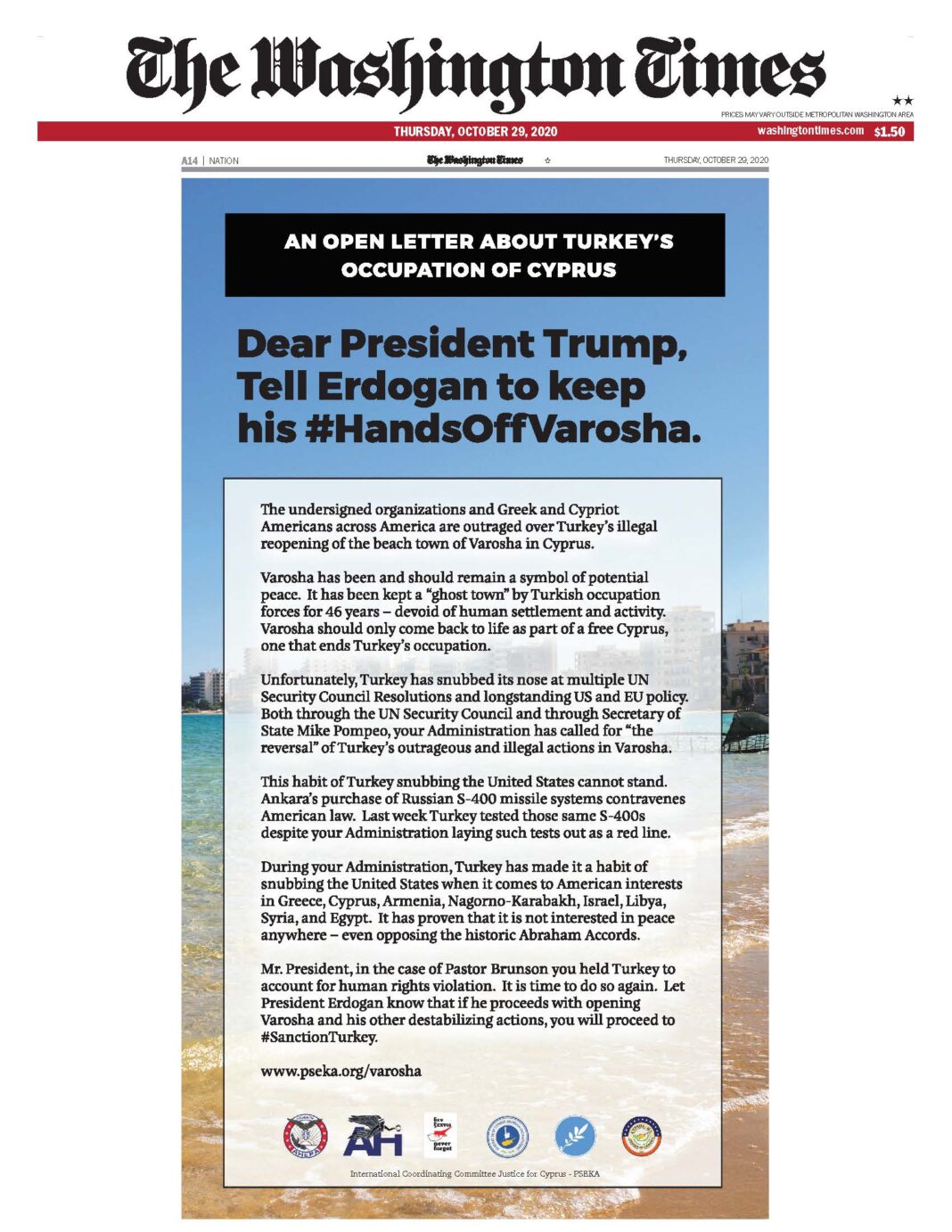 On behalf of the undersigned nationwide Greek and Cypriot American organizations, we write to express our outrage over Turkey’s illegal reopening of the beach in Varosha, President Erdogan’s open declaration of support for a two-state solution in Cyprus, and Turkey’s overall destabilizing behavior and malign influence. Listed below are examples of President Erdogan’s irredentist posture and provocative behavior in action, as well as steps which we encourage you to take to hold President Erdogan and the Turkish government accountable.

Turkey’s decision regarding Varosha represents its most recent example of provocative behavior and disregard for international law regarding Cyprus, and are indicative for its openly stated end goal for the permanent partition of the island. They include the following:

● In addition, Turkey’s actions contravene a European Parliament Written Declaration in 2012, which called on the government of Turkey to act according to UN Security Council Resolutions and previous European Parliament Legislative Committee reports and return the Famagusta sealed-off section to its lawful inhabitants.

● On October 9th, 2020, the President of the United Nations Security Council called for “the reversal” of Turkey’s actions vis-à-vis Varosha.

● On October 26, 2020, President Erdogan stated that “At this stage, we believe starting talks on the basis of a federation will be a loss of time. Therefore, we believe a two-state solution must now be brought to the table with a realistic proposal.” This is a clear indication that his actions vis-à-vis Varosha are meant to cement a permanent and illegal partition of the island

In addition, Turkey has proven itself to be an unreliable ally to the United States and to NATO, as evidenced by the following:

● On October 16th, 2020, Turkey tested these systems for the first time, an action condemned by your administration.

Therefore, we the undersigned nationwide Greek and Cypriot American organizations respectfully request that you to take the following measures:

● Strongly object to Turkey’s illegal action vis-à-vis Varosha and directly demand that the Turkish government prohibit anyone from occupying and using this area.

● Call on President Erdogan to immediately cease and desist from his efforts to change the status of Varosha.

● Sanction Turkey under the Countering America’s Adversaries Through Sanctions Act (CAATSA) for its purchase of Russian S-400 missile systems.

● Evaluate a broad arrangement of sanctions on Turkey given their continuous violation of human rights, international law, and U.S. laws.

The United States is obligated to be actively engaged on the Varosha issue, and put direct pressure on the Turkish government to reverse its decision. Such engagement by the U.S. not only promotes moral justice and upholds international law, but serves the self-interest of the United States. Turkey’s actions in Varosha, and the other provocations stated above, demonstrate that Turkey and its leadership have a rogue agenda. If the United States does not intervene to hold Turkey accountable for its actions on Varosha and in its other theatres of conflict, Turkey’s malign influence will continue to metastasize and pose a threat not only to the Eastern Mediterranean, but the stability and security of all of Europe.

As such, we respectfully ask that you pressure President Erdogan to reverse his actions regarding Varosha. If he does not listen, then the U.S. government should clearly delineate putative consequences for his intransigence. 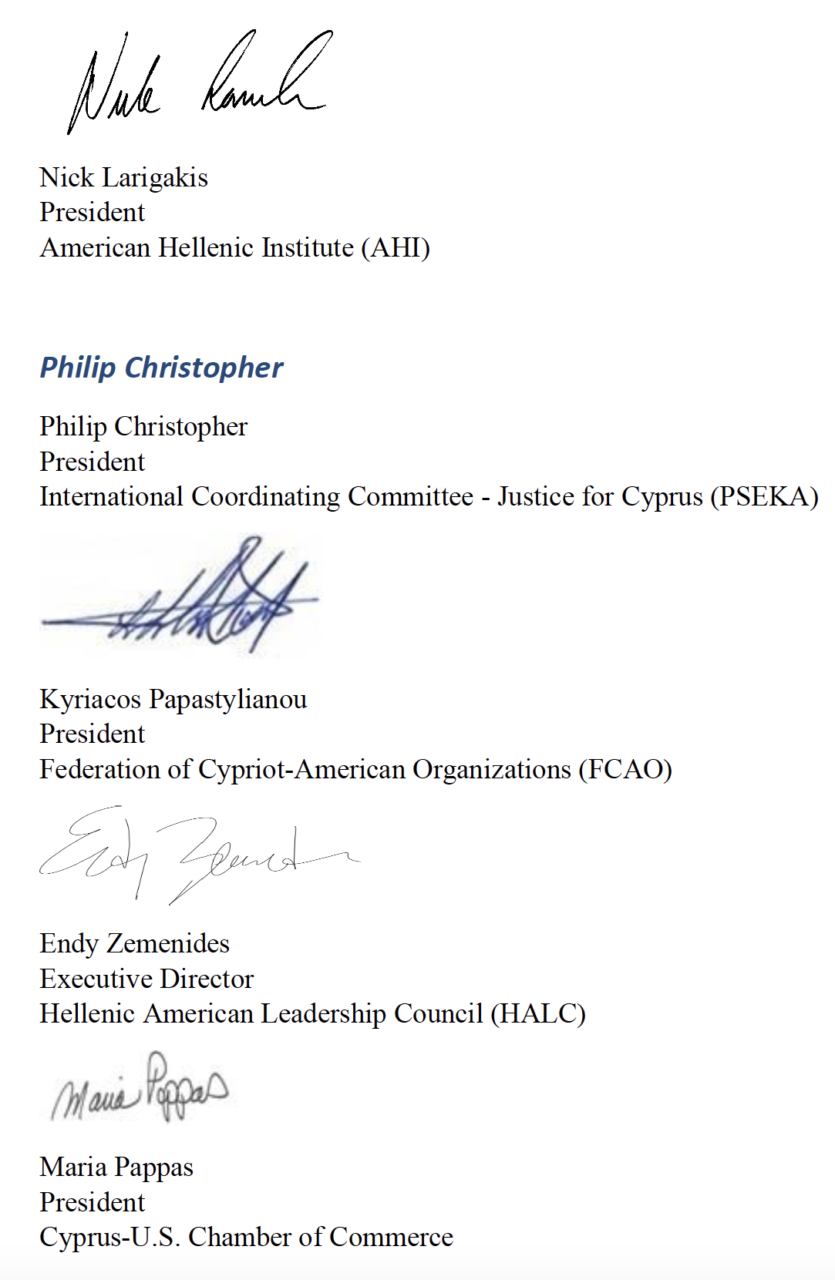