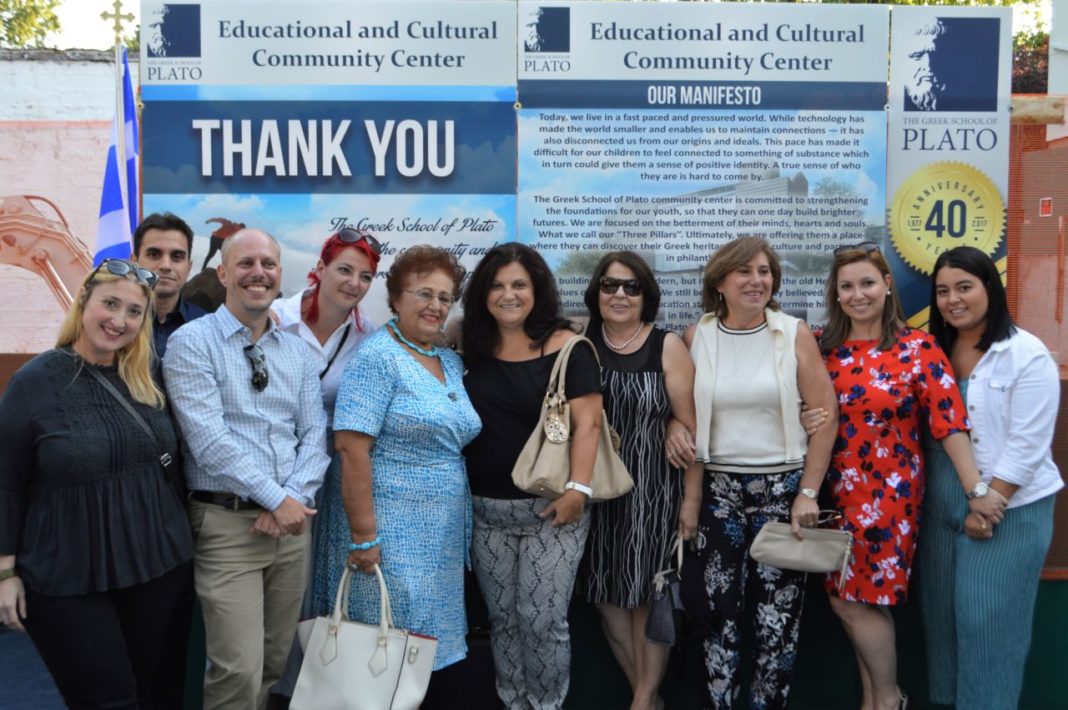 New Building Aims for LEED Certification and to Serve

On Sunday, September 10, 2017, joined by nearly two-hundred community members, the Greek School of Plato, an educational and cultural organization dedicated to promoting Hellenic heritage in Brooklyn through language instruction and arts programming, broke ground on its new community center at 670 92nd Street in Bay Ridge, Brooklyn.

Kirk Tzanides, a former chair of Community Board 10, served as master of ceremonies for the occasion. He welcomed everyone to the celebration and spoke glowingly about how important the Greek School of Plato is to educating the next generation of young Greek-Americans about the rich history and culture of Hellenism. Kirk described the supporters of this noble cause as “joining the immortal Spartans as today’s defenders of Thermopylae.”

Following those greetings, members of the board of directors for the Greek School of Plato spoke about the importance of this new center not just to the school itself, but to the greater community as well. Tina Demetis, emeritus member and past president of the Parent Teacher Organization and a longtime supporter of the school, spoke about the 40 year history of the school and it’s success, “A testament to Plato’s success is evidenced by the continuous enrollment of the children of our Alumni”. Maria Abazis, president of the board of directors spoke “ I want to thank the Parents, Teachers, the visionary leadership of the board, PTO, the generosity of the donors, the investors, and the Capital Campaign Committee for the work they are embarking on to make this amazing new design a reality” and thanked the school’s grand benefactor, Bob Geroulanos, for his generous donation of $1,000,000. Spiro Geroulanos, chairman of the construction committee, spoke about the school’s commitment to being an educational and cultural center open to the entire community, and not just for the Greek school itself. “By constructing this new building we will be ensuring that Plato will serve as a beacon for this community and for all families for decades to come. “

The highlight of the entire ceremony was a speech by Vasiliki Christakos, a seven-year-old student from the school who talked about how much the school meant to her. Vasiliki explained to the crowd that she had two families: her home family and her Greek school family. Vasiliki’s speech left everyone in the audience beaming from ear to ear.

The final speaker of the ceremony was the school’s grand benefactor, Bobby Geroulanos. Mr. Geroulanos made a generous contribution of $1,000,000 to kickstart this school project. He spoke eloquently about what motivated him to make this donation, explaining that he grew up in a poor household in Greece and that it was his education that really put him on a path towards success in life. He promised himself from a young age that if he ever attained great success in life, he would help build a school so that others could benefit from a great education the same way he did.

The Groundbreaking Ceremony marked the official commencement of a GSP Capital Campaign.  Early lead donations, pledges and fundraising efforts have totaled $2,500,000 toward an ultimate goal of $5,300,000.  The GSP Board has established a capital campaign committee to lead the fundraising efforts and they have engaged a nationally known firm, The Angeletti Group, to assist in this historic effort.

The Greek School of Plato is a 501(c)(3) organization that was founded 40 years ago in 1977. Ever since then, it has been a thriving organization in the heart of Bay Ridge with a long-standing tradition and purpose of providing a Greek foundation curriculum of language, literature, history, theater, folk dance, music and religion.  The new community center will be built to provide the Greek School of Plato with a permanent presence in the neighborhood and to support other non-profit educational and cultural community organizations and philanthropic efforts.

At the conclusion of the ceremony, all guests were invited to join in a traditional groundbreaking photograph. A copy of that photo is attached. 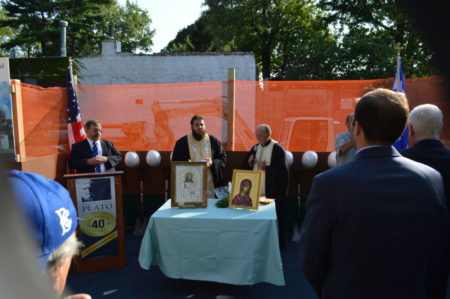 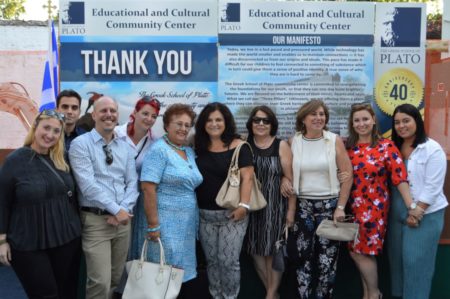 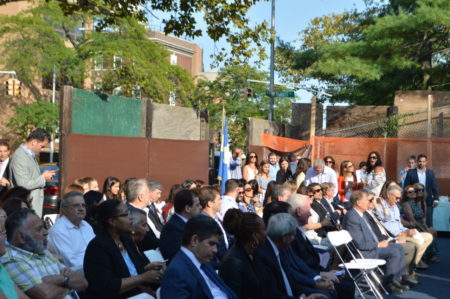