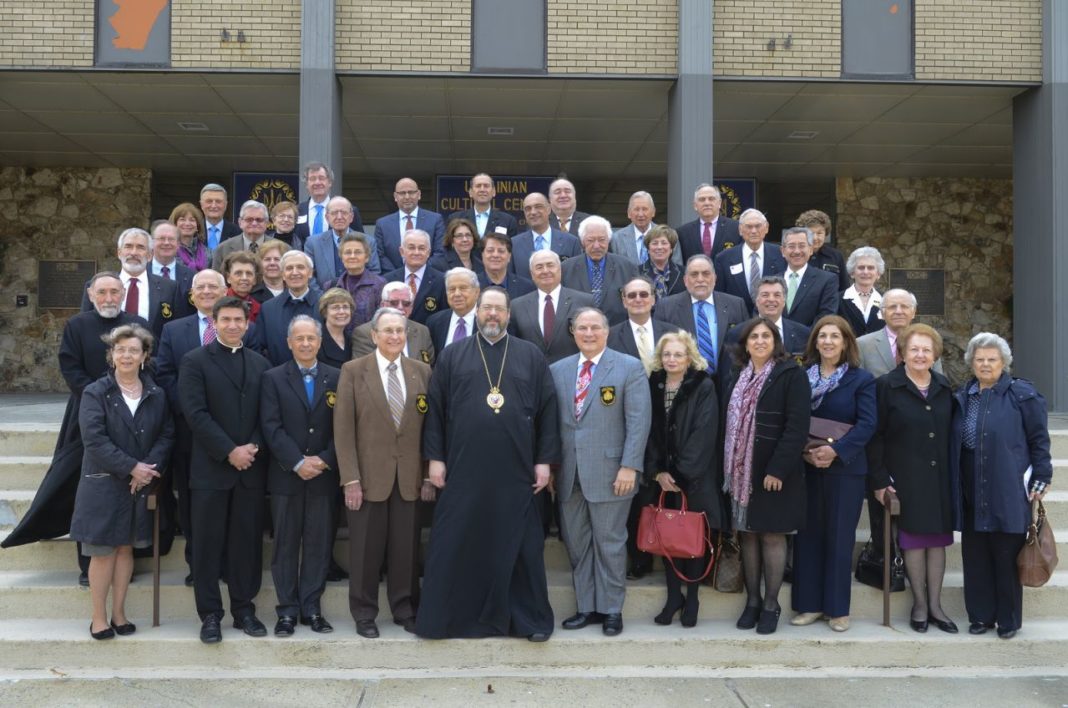 With the blessings of His Eminence Archbishop Demetrios of America, the Order of Saint Andrew was pleased to have His Grace Bishop Gregory of Nyssa, of the American Carpatho-Russian Orthodox Diocese of the USA, as its retreat master for the 11th Annual Archon Lenten Retreat, March 21-22, 2014. The retreat was held at the Ukrainian Cultural Center, which serves as the headquarters of the Ukrainian Orthodox Church of the USA (Ecumenical Patriarchate of Constantinople) in Somerset, NJ.  Some fifty Archons, spouses and participants attended the retreat which allowed everyone to grow in their spirituality, join together in fellowship and prayer, and allowed Archons to reenergize their commitment in the pursuit of religious freedom for the Mother Church of Constantinople.

Following the Friday evening Pre-sanctified Liturgy Service at St. Andrew Memorial Church on the grounds of the Center, the two-day retreat with His Grace commenced on the topic, “Orthodox Christians, Paradise is in front of us. Are we there yet?”. His presentation focused on “To Dwell Together in Unity” citing specific passages from Psalm 132.

The following day, participants celebrated the Divine Liturgy. His Grace continued in the morning and afternoon with topics, ‘Confronting and Controlling Our Thoughts,’ and ‘Repentance and Confession.’  Participants had an opportunity to ask questions and engage in discussion.

The retreat master, Bishop Gregory was born in Charlotte, NC on Dec 7, 1958, with the baptismal name of George, the first of two children of Peter and Antonia Tatsis. He is a graduate of the University of North Carolina at Chapel Hill earning a BA degree in Biology (1981) and the University of North Carolina at Charlotte earning a MS degree in Biology (1989). Working for more than 20 years in the field of Cardiovascular Research at Carolinas Medical Center in Charlotte, NC, he authored/co-authored over one hundred articles, abstracts, and book chapters. 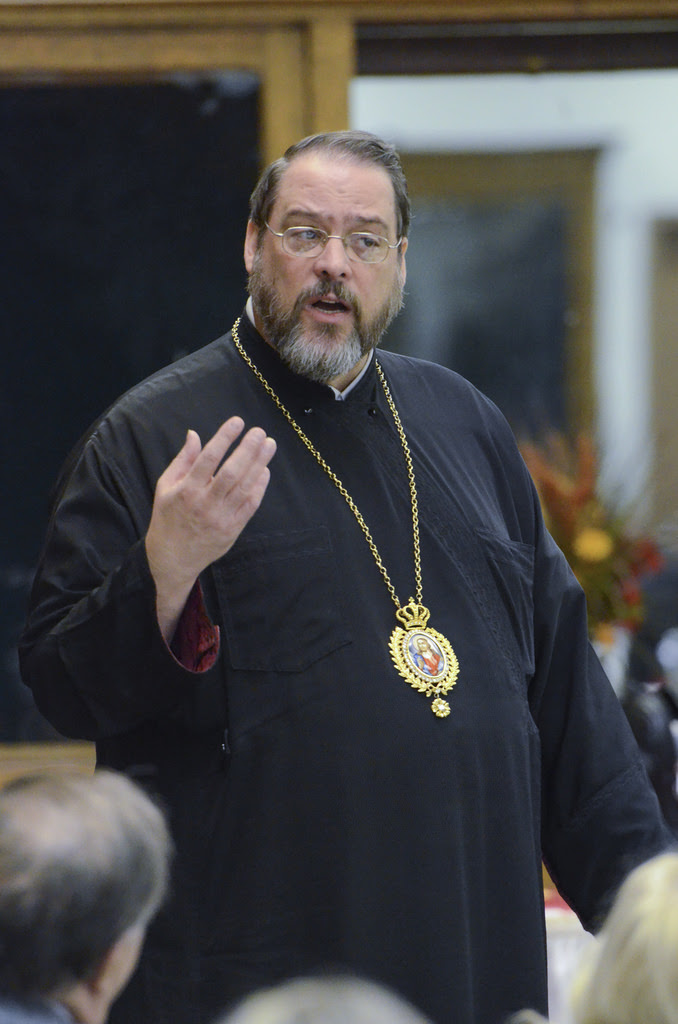 A true son of the Church, from his early youth Bishop Gregory served in his home parish of Holy Trinity Greek Orthodox Cathedral in Charlotte, NC in various capacities including altar server, Sunday School teacher for 13 years and in several leadership positions including Parish Council President. He was also a founding member of St. Nektarios Greek Orthodox Church in Charlotte, NC where he served on the Parish Organizing Committee, as Sunday School teacher for four years, as a member of the choir and as its first Parish Council President.

After taking part in a mission trip to Alaska sponsored by the Orthodox Christian Mission Center, Bishop Gregory felt the calling to pursue his life- long dream of studying for the Holy Priesthood. Leaving his secular job in early 2003, he entered Holy Cross Greek Orthodox School of Theology in Brookine, MA in the fall of 2003 and graduated in May of 2006 with the Masters of Divinity degree.

Bishop Gregory was ordained a Deacon at St. Nektarios Greek Orthodox Church in Charlotte, NC on November 4, 2006 by His Eminence, Metropolitan Alexios of Atlanta. He was tonsured a Monk at Agia Lavra Monastery in Kalavryta, Greece on January 17, 2007, receiving the name Grigorios with St. Gregory Palamas as his Patron Saint. He was ordained a priest at Annunciation Greek Orthodox Cathedral in Atlanta, GA on January 28, 2007 also by His Eminence, Metropolitan Alexios of Atlanta and was elevated to the rank of Archimandrite on the same day. On February 1, 2007, he was appointed as the Ierokyrix (Itinerant Preacher) of the Metropolis of Atlanta. On September 14, 2007, he received the offikion (rank) of Confessor at the Archangel Michael Greek Orthodox Chapel in Atlanta, GA. 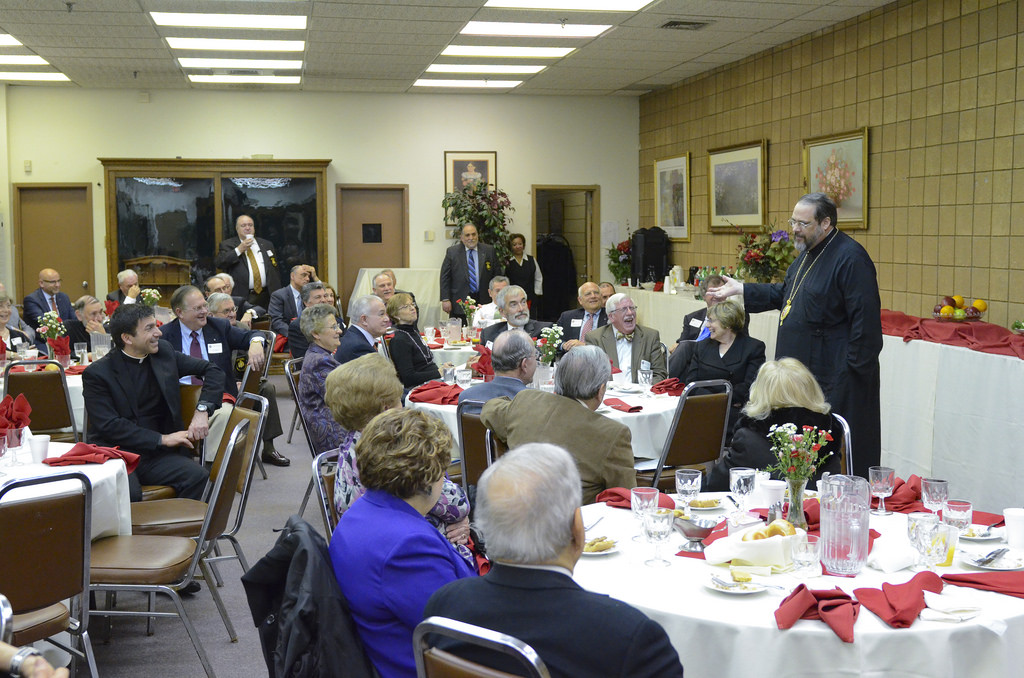 Serving in his role as Itinerant Preacher and Confessor, Bishop Gregory traveled extensively throughout the Metropolis of Atlanta, where he led parish retreats, heard confessions and provided spiritual direction to countless numbers of clergy and faithful. Recognizing his affinity for youth ministry and his administrative skills, he was given the responsibility of overseeing all youth programs in the Metropolis of Atlanta.

Bishop Gregory was nominated as successor to His Eminence, Metropolitan Nicholas of Amissos by the Clergy of the American Carpatho-Russian Orthodox Diocese of the U.S.A. at a Special Assembly on July 14, 2012. He was canonically elected Titular Bishop of Nyssa and ruling Hierarch of the American Carpatho-Russian Orthodox Diocese of the USA by the Sacred and Holy Synod of the Ecumenical Patriarchate of Constantinople on August 30, 2012 and consecrated and enthroned as the 4th Ruling Hierarch of the ACROD at Christ the Saviour Cathedral in Johnstown, PA on November 27, 2012.

Photo 3:  His Grace addressing the participants.