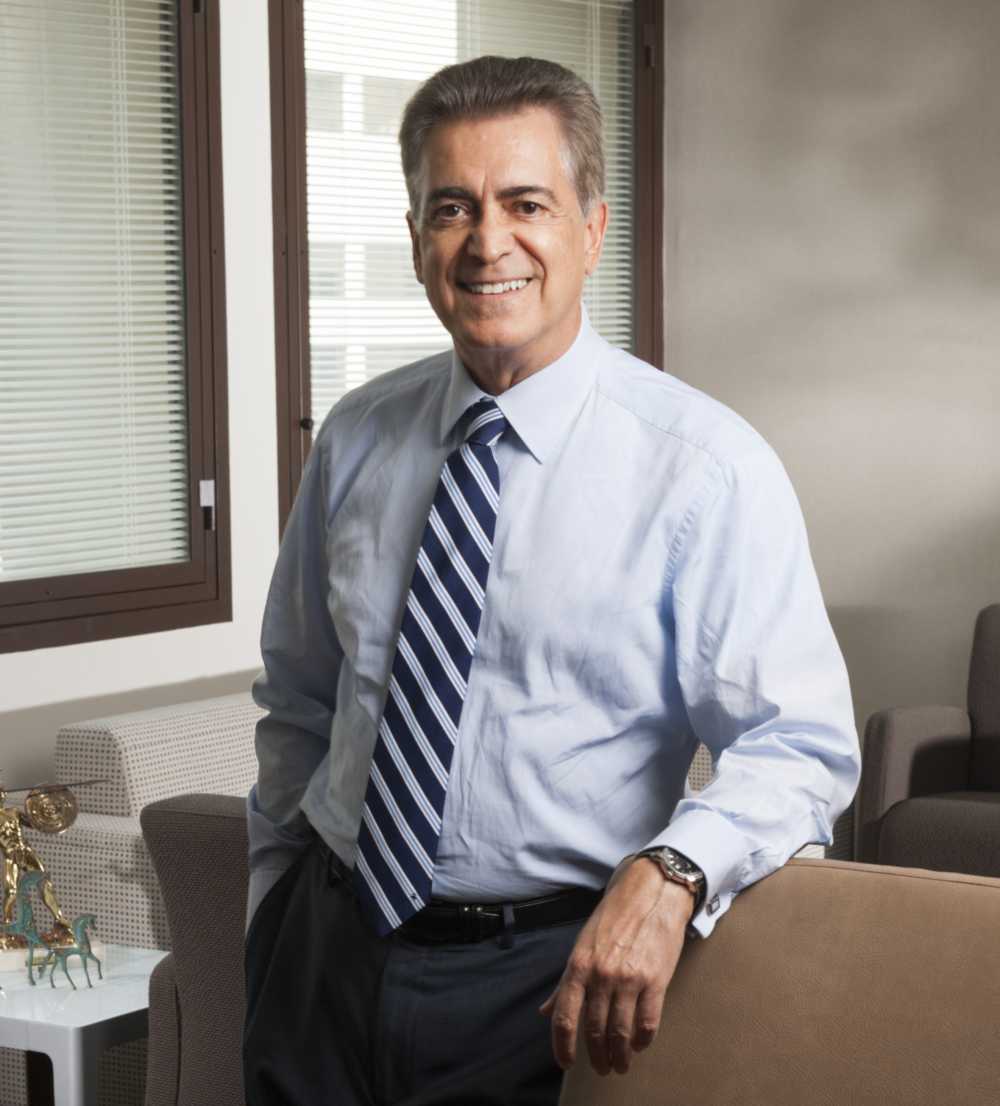 John Kastanis is not afraid of a challenge, especially when there are opportunities to ease people’s suffering.

Kastanis is CEO and president of the University Hospital in Newark, New Jersey.

“We’re the repository of all the human frailties, coming into your emergency room, by ambulance, helicopter or police car. It all winds up here at your doorstep,” he says.

University Hospital is a 519-bed acute care teaching hospital for Rutgers University Medical School, and its related schools. It boasts a main hospital, an ambulatory care center, doctor offices, the Rutgers Cancer Institute of New Jersey and the Waymon C. Lattimore Clinic, a regional tuberculosis clinic.  It is the only acute care hospital owned by the state of New Jersey. It’s also the only level 1 trauma center in northern New Jersey.

It serves 650,000 residents in the greater Newark area, who offer their own unique challenges. One-third are born outside the U.S. Forty-six percent speak a language other than English. Twenty-five percent have no health insurance and 30 percent live under the poverty level.

“Newark is one of the more diverse cities in the country,” Kastanis says.

“With so many under-insured and uninsured patients we struggle financially to meet and fulfill that mission,” Kastanis says.

Newark also has a higher rate of chronic illnesses such as obesity, diabetes, malnutrition, mental illness and substance abuse. That’s a new challenge that Kastanis is working on.

“You get to that end stage of their disease and you are scrambling to keep them alive. You’re just not really getting out there and trying to educate these populations to take care of themselves through preventative medicine.”

He’s looking to partner with health care providers in the city like the Newark Department of Health and Newark Beth Israel, an acute care facility, to hand off services and reduce duplication.

“Just to give you an idea, our emergency department sees over 90,000 visits a year. Our outpatient visits are over 165,000. The faculty practice sees almost that much and that doesn’t include all the inpatients we see as well,” he says.

The hospital has made progress on several fronts under Kastanis’ 2.5-year watch as CEO. They reactivated and expanded a liver transplant program, the only one in New Jersey right now. There is a new care center focusing on the high incidents of diabetes in the Newark area. The hospital has reached out to the LGBTQ groups and is the only hospital in New Jersey doing transgender surgeries.  There are new labor and delivery suites, a new lobby and chapel and they are integrating their faculty practices with the hospital’s ambulatory care service.

Kastanis, a native New Yorker,  was formerly CEO and president at Temple University Hospital in North Philadelphia, which had similar inner-city problems.

“That’s one of the reasons also they recruited me to come here,” he says.

He has a proven track record of success in financial turnarounds, mergers, corporate restructurings and union negotiations. He’s an expert in strategic planning, fundraising, academic medicine and dealing with a large Medicaid/Medicare patient population.

This first generation Greek American graduated from Queens College in the 1970s with a BA in political science.  Kastanis describes himself as an altruistic child of the 1960s. “I always wanted to do something that is kind of socially related and I really became a hospital administrator through altruistic beliefs in doing social good.”

A friend convinced him to become a drug and alcohol counselor for a rehab center in upstate New York.  He became services coordinator of the facility for Sullivan County while coordinating two other rehab programs.

He earned an MBA degree in health administration from Baruch College- Mt. Sinai School of Medicine.  After serving a one-year residency with a hospital CEO, he chose a career as a health system CEO, launching out of grad school as an associate director at the Manhattan Eye, Ear and Throat Hospital, where they built a new hospital with a new surgery center.  He worked at the New Rochelle Medical Center, than became an executive at Baily Seton Hospital under the Sisters of Charity on Staten Island.

From there, he moved on to become the president, CEO of the New York University Hospital on Joint Diseases Institute, which he merged with the NYU Langone Orthopedic Center in 2005, now known as the Hospital for Joint Diseases Orthopedic Institute.  He remembers experiencing 9/11 first-hand from his top floor office at the hospital.

“I watched the twin towers get hit less than a mile as the crow flies,” he says. “We took on about 56 survivors. We operated on about 25 people that day.”

Kastanis was raised Greek in America.  “When I hit the streets of Brooklyn to go play with the kids, I didn’t speak English. I only spoke Greek,” he recalls.

His mother had been born and raised in Pittsburgh, Pa., but after her mother died she and her siblings were raised by an aunt on the island of Chios.  When World War II broke out, his grandfather in America tried to get them back into America but it took a long time. “They became refugees in Egypt while escaping the Nazis.”

His father came from the Asia Minor section of Greece but grew up in Athens. He served in the Greek Navy during World War II, than joined the merchant marines when the communists tried to take over Greece after the war. He was out to sea for seven years before coming to New York, where he met and married Kastanis’ mother.

“I grew up in the Greek tradition, in the Greek Orthodox Church as an altar boy. Kastanis was a member of the Sons of Heracles and is a current member of AHEPA. “I have taken great pride in my heritage. I’m very family oriented. As a Greek American with our Greek legacy and heritage, I always look back to the origins of Democracy and the value of life. Religion and a strong faith all play a major part of who I am.”