This past September, Kathy Kramedas McGuiness formally announced her bid for the Democratic nomination for Lt. Governor of Delaware.

“In local government, there is no place to hide. You have to be ready and willing to work to get results and make government work for the people you serve,” McGuiness adds.

At a December 3 fundraiser hosted by members of Delaware’s Greek American Community, more than 40 Greek-Americans came out to support her effort to become the first Greek-American to hold statewide office in Delaware. McGuiness, one of four sisters in her family, shared with supporters the Greek values her late father, John Kramedas, instilled in her. “In our house, we learned the value of getting an education and hard work. When you put those two together you can create your own opportunities for success.” The fundraiser host committee members were Demitri and Georgia Halakos, Michael and Liz Vassilikos, Gus and Maria Caras, Antonios Kypreos, Ted Hantzandreou, George Hantzandreou, Dr. Dean Lomis, Dr. George Moutsatsos and Sophia Pennias.

Kathy McGuiness, 48, lives in Rehoboth Beach with her husband Steve and their three teenage children. 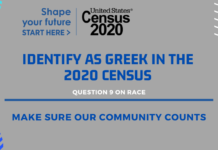 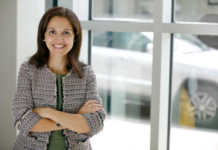 Metropolitan Elpidophoros of Bursa and Exarch of Bithynia as the new...