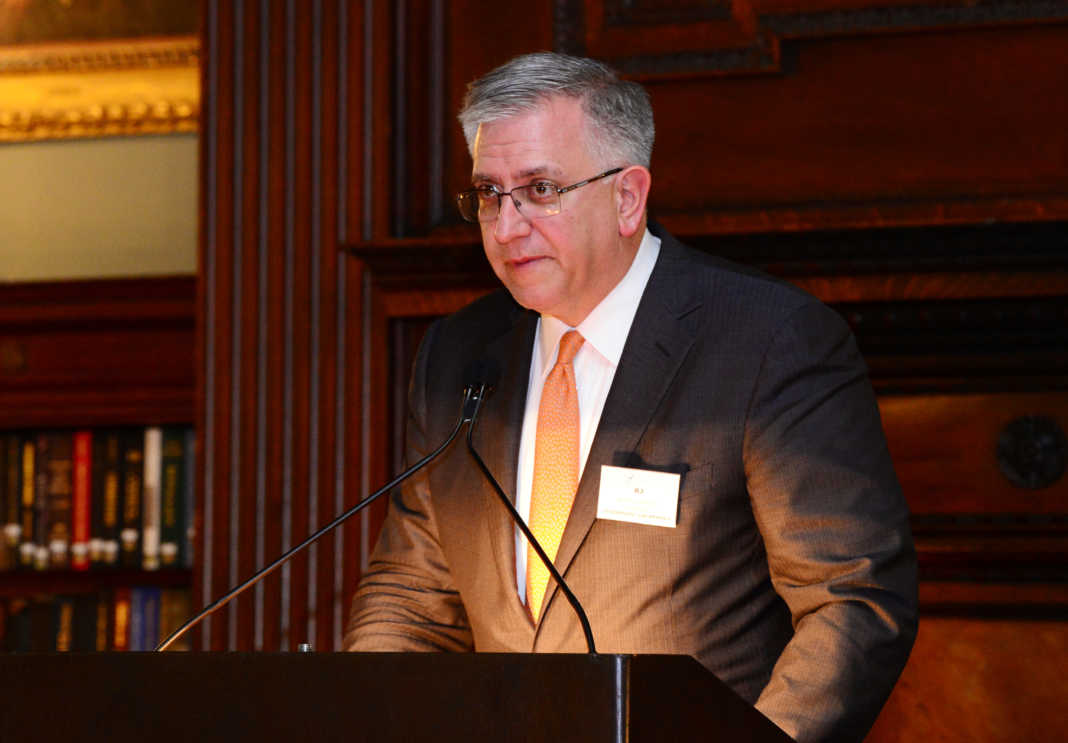 Chairman Argyris Vassiliou has announced, that in response to an appeal by His Eminence Archbishop Elpidophoros of America, Leadership 100 is becoming an Institutional Founding Member of the Ecumenical Patriarch Bartholomew Foundation. The unanimous decision was made by the Executive Committee today, May 21, 2021. While Founding Members of the Ecumenical Patriarch Bartholomew Foundation have committed to ensuring the financial foundation of the Mother Church, the Ecumenical Patriarchate of Constantinople, by pledging $100,000 over 10 years, the Executive Committee decided to make a one-time gift of $100,000.

In a letter to the Chairman of Leadership 100, His Eminence stated: “I am asking that the Archbishop Iakovos Leadership 100 Fund become an institutional Founding Member of the Ecumenical Patriarch Bartholomew Foundation. So many of your members are already Archons, and they will also receive requests to join as Founders, as well as the rest of the fulfilled members of Leadership 100. Nevertheless, setting this example as the L100 Fund, may inspire others to band together and multiply your faithful stewardship, as the Lord has said, ‘and bear fruit: thirtyfold and sixtyfold, and a hundredfold’ (Mark 4:20). This is an opportunity for the kind of leadership that has been the hallmark of Leadership 100 for its entire history and will be a defining moment in the Church for the next one hundred years.”

Previous article
Greece’s Peloponnese Prepares for a Dynamic 2021 Tourist Season
Next article
Dr. George J. Korkos, co-founder of the Milwaukee Bucks and champion of Hellenism has passed away