GreeceCultureMaloney Leading Presidential delegation to Warsaw for opening of Museum of Polish...
GreeceCultureFeatured 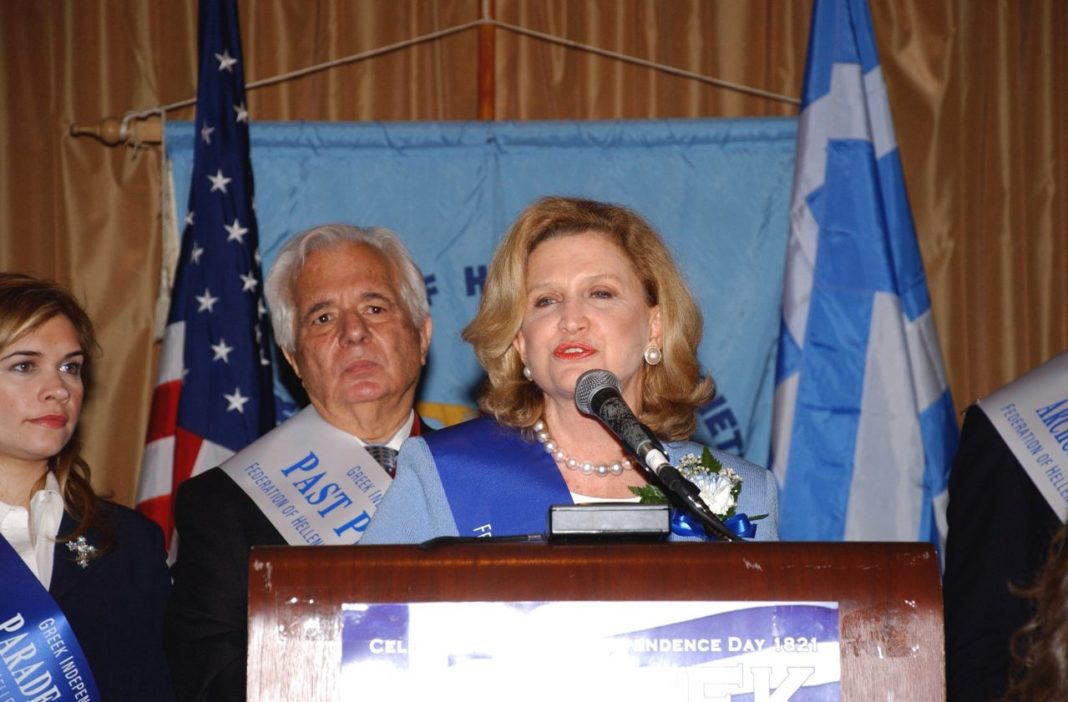 With rising anti-Semitism, President Obama asks Maloney to join Presidents of Israel and Poland to open new museum that will educate world on Jewish history, heritage

“It is such a great honor to have been asked by President Obama to lead the United States delegation to the opening of the History of Polish Jews,” said Maloney. “Learning their history helps foster greater cultural understanding and combat prejudice. At a time of rising anti-Semitism across the world, it is particularly important that we study Jewish history. In that sense, I believe the Museum of the History of Polish Jews in Warsaw will act as a bulwark against the spread of hate. The story of Polish Jews is rich and complex and one that must be told.”

Members of the Presidential Delegation:

· The Honorable Stephen D. Mull, U.S. Ambassador to the Republic of Poland, Department of State
· Mr. Ira N. Forman, Special Envoy to Monitor and Combat Anti-Semitism, Department of State
· The Honorable Lesley L. Weiss, Chair of the United States Commission for the Preservation of America’s Heritage Abroad
· Ms. Sharon A. Kershbaum, Deputy Assistant Secretary of Treasury for Management and Budget
· Ms. Shoshana M. Lew, Deputy Assistant Secretary of Transportation for Policy
About the Museum:
The Museum of the History of Polish Jews opened its doors to the public in April 2013. It currently functions as a cultural and educational center with a rich cultural program, including temporary exhibitions, films, debates, workshops, performances, concerts, lectures and much more. The opening of the Core Exhibition, presenting the thousand-year history of Polish Jews, is scheduled for October 28.

Formally founded in 2005 by the Association of the Jewish Historical Institute of Poland, the City of Warsaw and the Polish Ministry of Culture and National Heritage, the museum is an unique and unprecedented initiative, spanning many fields of research and drawing on the expertise of scholars and museum professionals from around the world. The museum also works with the community at large to create a vibrant place of exchange and dialogue where all have the opportunity to express their views, ask questions and grow.

Occupying around 4,000 square miles, the museum’s Core Exhibition will immerse visitors in the world of Polish Jews, from their arrival in Po-lin as traveling merchants in medieval times until today. The exhibition was developed by an international team of more than 120 scholars, working under the direction of Professor Barbara Kirshenblatt-Gimblett from New York University. It is being produced by the Association of the Jewish Historical Institute of Poland thanks to the support of donors from all over the world. Each of the eight galleries will present a different chapter of the story of Polish Jews, enabling visitors to come into intimate contact with those who lived that story through images, artifacts, first-person accounts and interactive multimedia.

The museum stands in what was once the heart of Jewish Warsaw – an area which the Nazis turned into the Warsaw Ghetto during World War II. This significant location, coupled with the museum’s proximity to the Monument to the Ghetto Heroes, demanded extreme thoughtfulness on the part of the building’s designers, who carefully crafted a structure that has become a symbol of the new face of Warsaw. The design by the Finnish studio Lahdelma & Mahlamäki was selected in an international competition. In 2008, with the building still under construction, it received the prestigious Chicago Athenaeum International Architecture Award (2008).