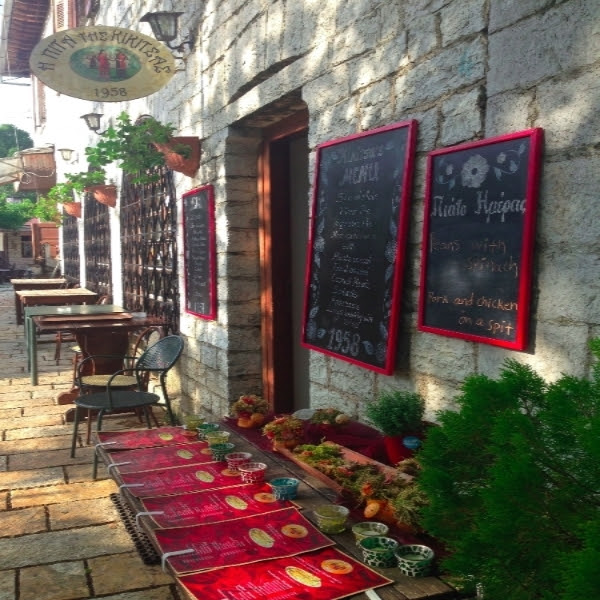 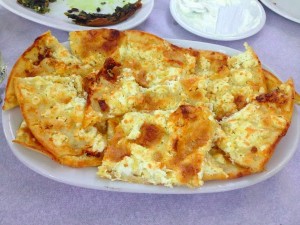 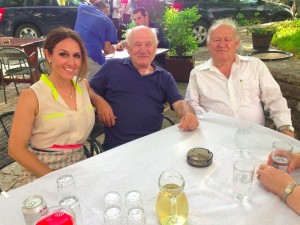 Epirus is known for its pita pies.  I’m lucky enough to have learned to make home-made phyllo dough and pita pies from the best teacher, my mom!

A unique type of pita pie, known as zimaropita, can be found in the village of Monodendri in the Zagori region, a town characterized by traditional stone-built architecture. The most famous of the pitas from Monodendri comes from “H Pita Tis Kikitsas” right in the town’s center. The story of this famous eatery, which opened in 1960s as a cafe only serving coffee and other beverages, goes like this:  One season, hunters from the Netherlands passing by during one of their excursions, stopped in for coffee.  Hungry from their travels and work, they asked for something to eat.  Looking to accommodate them, Kikitsa, the owner, told the hunters she could whip up a quick pita pie with some ingredients she had on hand.  The guests loved the pita and continued to stop by each hunting season after, asking for it by that name.  Now, at 94-years-old, Kikitsa has since retired but still lives in Ioannina and has visits with the current owner who uses her same recipe.

We also stopped in Metsovo, a town in Epirus on the mountain of Pindus, between Ioannina and Meteora, famous for its delicious local cheeses (Metsovone and Metsovela), bread, wineries and a dish called Gida Vrasti (boiled goat soup).

Select cheese, such as the Metsovone Tositsa and the Kapnisto Tositsa (“kapnisto”), is only available in the town, so I sampled both paired with fantastic bread from the local “fourno” biting into the crisp crunch crust leading to a soft center. Paired with wine produced from the Katogi Averoff vineyard, I reminisced on the great adventure in this unique and spirited town. The vineyard is named after George Averoff, a politician with roots in Metsovo, who truly spear-headed the production of the great cheeses and wines Metsovo manufactures today. A statue pays homage to him right in the center of town.