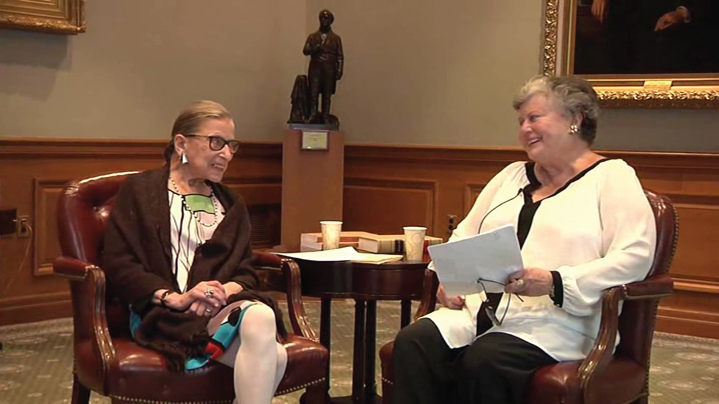 In an exclusive interview with U.S. Supreme Court Justice Ruth Bader Ginsburg, Temple University Law Professor Marina Angel chronicles the Justice’s legal career and influences during a transitional period in American history. Facing many challenges during this turbulent period of social change, Justice Ginsburg was a trailblazer in the legal field where she played a crucial role in advocating for women’s rights as a core constitutional principle in America. Admitted to law school in 1956, she finished top of her class from Columbia Law School. Justice Ginsburg was one of the few female legal scholars of her time and was able to excel, eventually paving the way for women to have greater access to legal scholarship and the judiciary. Today Justice Ginsburg serves for the United States Supreme Court, where she was the second female Justice appointed to the Court in American history.
Click the link below to watch the exclusive interview on-line:
https://www7.law.temple.edu/video/?id=Cc5sxfu-40SOTMNof56KCA 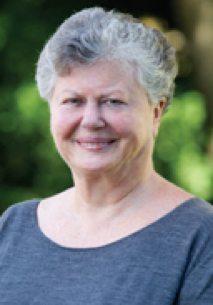 In this one hour interview, Professor Marina Angel captures the essence of Justice Ginsburg’s oeuvre of legal accomplishments. Professor Angel herself was a legal pioneer, whose scholarship covers a wide array of topics pertaining to equal participation of women in society, including legal education, juvenile justice, gender studies, and comparative law. In 1965, Professor Marina Angel earned a bachelor’s degree from Barnard College and began her legal career in 1969, when she received a law degree (magna cum laude) from Columbia Law School. She later continued her studies, finishing with an L.L.M. degree from the University of Pennsylvania. She has had a long-standing history with Justice Ginsburg, beginning in 1972, when there were still very few women law teachers. At the time, Justice Ginsburg lived in Manhattan in New York City and had just started teaching at Columbia Law School. During this period, Professor Angel lived in the Washington Heights area of New York City and had embarked on her career as a scholar teaching at Hofstra Law School in Hempstead, Long Island.

[/col]
Today Professor Marina Angel teaches at Temple University Beasley School of Law located in Philadelphia, PA. She has enjoyed a long and successful career that has culminated in her receiving many honors and legal awards, including the Margaret Brent Woman of Achievement Award, by the American Bar Association. This award is the highest honor bestowed upon women in the legal profession “who have excelled in their field and have paved the way to success for other women lawyers”. Past Margaret Brent Award recipients include Ruth Bader Ginsburg, U.S. Supreme Court; Hon. Elaine R. Jones, director-counsel of the NAACP Legal Defense and Education Fund; Hon. Janet Reno, former U.S. Attorney General; Patricia Schroeder, U.S. House of Representatives (retired); and Dean Herma Hill Kay, University of California Berkeley School of Law.
For more information about Professor Angel’s background and the Margaret Brent Woman Achievement Award please click here

Previous articleMore time in Epirus eating pita pies and goat soup!
Next articleBe sure to vote: Today’s election is important to Pennsylvania