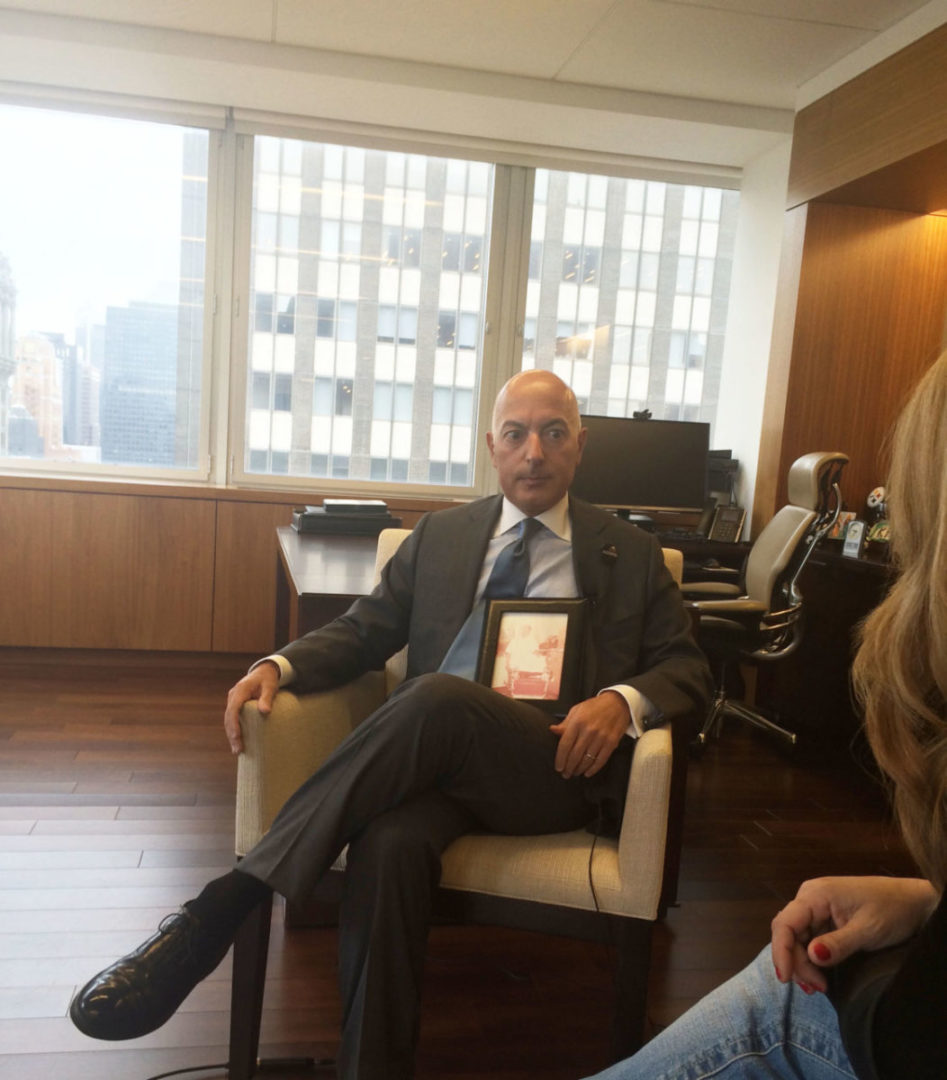 Astoria, NY – DATE – The Board of Directors and the Homeric Award Committee of the Chian Federation cordially invite you to attend the 37th Homeric Award Gala.

The Chian Federation is pleased to announce, the 37th Annual Homeric Award Gala will take place on Friday, December 2, 2016, at the Hellenic American Cultural Center of the Chian Federation located at 44-01 Broadway, Astoria, New York.

The 37th Homeric Award goes to Mr. Michael Psaros, a Greek-American businessman of Chian heritage, major philanthropist and great supporter of US/Hellenic and Orthodox causes. Mr. Psaros is a Co-Founder and Co-Managing Partner of KPS Capital Partners, LP, and a member of its Investment Committee. KPS Capital Partners, LP is the manager of KPS Special Situations Funds, a family of private equity funds with approximately $5.6 billion of assets under management focused on making controlling equity investments in companies across a diverse range of manufacturing industries.  As a result of its investments, KPS has saved tens of thousands of premium U.S. industrial and manufacturing jobs.

Mr. Psaros is the Treasurer of the Holy Greek Orthodox Archdiocese of North America and serves on the Executive Committee of the Archdiocesan Board. He is an Archon, Ostiarios, of the Ecumenical Patriarch, Order of St. Andrew the Apostle, where he serves on the National Council. He is also a founding member of FAITH: An Endowment for Orthodoxy and Hellenism; and serves on the Board of Trustees of The Leadership 100 – Advancing Hellenism and Orthodoxy in America and the board of The Hellenic Initiative.  He is also on the Parish Council of the Greek Orthodox Church of Our Savior, in Rye, New York. He received the Recipient of the Archbishop Iakovos Leadership 100 Award for Excellence, the Humanitarian Award from the Hellenic Times Scholarship Fund, the Executive of the Year Award from the Hellenic American Bankers Association, and the Inspiration Award from the Loukoumi Foundation. Michael and Robin Psaros are benefactors of the St. Nicholas National Shrine in New York City, and the Orthodox Church in Korea, Sierra Leone (Father Themis), Mexico and Jerusalem.

The Homeric Award is presented annually to distinguished individuals, advocates of human rights, democratic ideals and persons who have excelled in furthering human knowledge. For years, the Homeric Award has been considered one of the most prestigious awards presented by the Greek-American community. From its humble beginnings in 1977, when the late Congressman Benjamin Rosenthal was honored for his contributions to find a just solution to the Cyprus issue, the Homeric Award has been bestowed to a distinguished roster of individuals including the former President of the United States Jimmy Carter, the late President of Greece Constantine Karamanlis, the late former Primate of the Greek Orthodox Church Archbishop Iakovos, the late Speaker of the House Tip O’Neill, Senators Paul Sarbanes, Edward Kennedy, Olympia Snowe, Bill Bradley, Charles Schumer, Congresswoman Carolyn Maloney, Congressmen Michael Bilirakis, Benjamin Gilman, Gary Ackerman, Bob Menendez, the President of the Council of Greeks Abroad, Andrew A. Athens, the former United States Ambassador to the United Nations John D. Negroponte, distinguished scientist, Dr. Stamatios M. Krimigis, Head Emeritus of the Space Department at the Applied Physics Laboratory, Johns Hopkins University and many others.

For reservations and additional information

We thank you and we look forward to your positive response.