New Democracy’s Law Proposal for the Postal Vote of Greeks Abroad: A Chance (Under Certain Conditions) for a True Policy Concerning the Greek Diaspora

Infrastructure and Transport Minister Costas Karamanlis said that e-mobility was a key pillar of transport development in Greece at the 5th Ecomobility Conference. The first...
Read more
Greece

FM Dendias with Kosovo counterpart in Athens: ‘Western Balkans should look to the future, not the past’

"The Western Balkans should look to the future, not the past," Foreign Minister Nikos Dendias said on Thursday after meeting his Kosovo counterpart Donika...
Read more 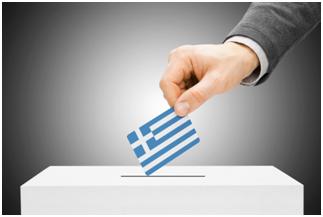 On 8th of April 2016, the party of New Democracy has submitted a law proposal concerning the voting right of the Greek diaspora and the voters abroad during the parliamentary elections. That way, ND opens the floor to the discussion of a “hot” political issue that has been occasionally of interest of numerous Greek governments.

At first sight, it might seem as a proposal aiming solely at creating impression and at grabbing the votes of Greek diaspora so as to reinforce the big center-right party as the Greek diaspora has recently shown more “right” tendencies. On the other hand, however, the seriousness and the ideas of the new leader of the party of the official opposition (ND) set a new basis for the discussion of the issue.

It is a rather tough proposal as the Constitution demands a vast majority of 200 votes and the Greek Parliament which is facing hard times during the last years, might not be ready to provide such a general agreement by consensus.

However, we shall bear in mind that even the law proposal could be a beginning for legislative interference and a new serious policy for the Greek diaspora from the part of the Greek State; a policy that would embrace the Greeks abroad and that could make them feel that their homeland supports them and really needs them. Such an approach could even offer them the right to stand for election by giving the Greeks abroad the chance to be candidates in the municipality or community in which they are already registered. A regulation of great importance is the one according to which the votes of the Greeks abroad will be based on the principle of universality. This means that any person of Greek nationality will have the right to vote provided that they are registered in the electoral registers. Additionally, the children and grand children of those registered will be able to vote, provided that they will have been already registered themselves. The Greek diaspora will participate actively in the elective procedure from where their country of residence and the Greek embassies as well as their servants could be of help during the procedure. The law proposal includes a special provision for the votes of sailors who will be able to vote in the nearest port even if they are on a ship under foreign flag.

The law proposal is of course open to further legislative and technical improvements, which will be discussed by the responsible executive bodies.

Mr. Mitsotakis is fully aware of the offer of the Greek diaspora to Greece as it consists one of the most vivid parts of the nation; the Greeks abroad have proved over decades their love for their homeland, not only economically through the foreign currency which had been for many years the main source of money for the country’s economy but also by being constantly on the move for any national issue through their interference in institutions and office, in their countries of residence. The new leader of ND will try to base the the way out of the crisis on a policy which will bring the Greeks of around the globe together and he will try to reinforce the Nation. Mr. Mitsotakis strongly believes in such a policy by which not only the country could attract investments from the Greek diaspora but the State will also adopt a strategic policy for the Greeks abroad such as the programs of Greek education and Greek culture.

We hope that all political parties in Greece will embrace this hard attempt of ours and that it will not step on obstacles once more due to the populism of the present Government with its anti-Greek sentiment of the radical left ideology that could become an obstacle for the upcoming Mitsotakis Government with the Greeks abroad.