“No” To Deceptive Influences Faced by Greek Orthodox Christians 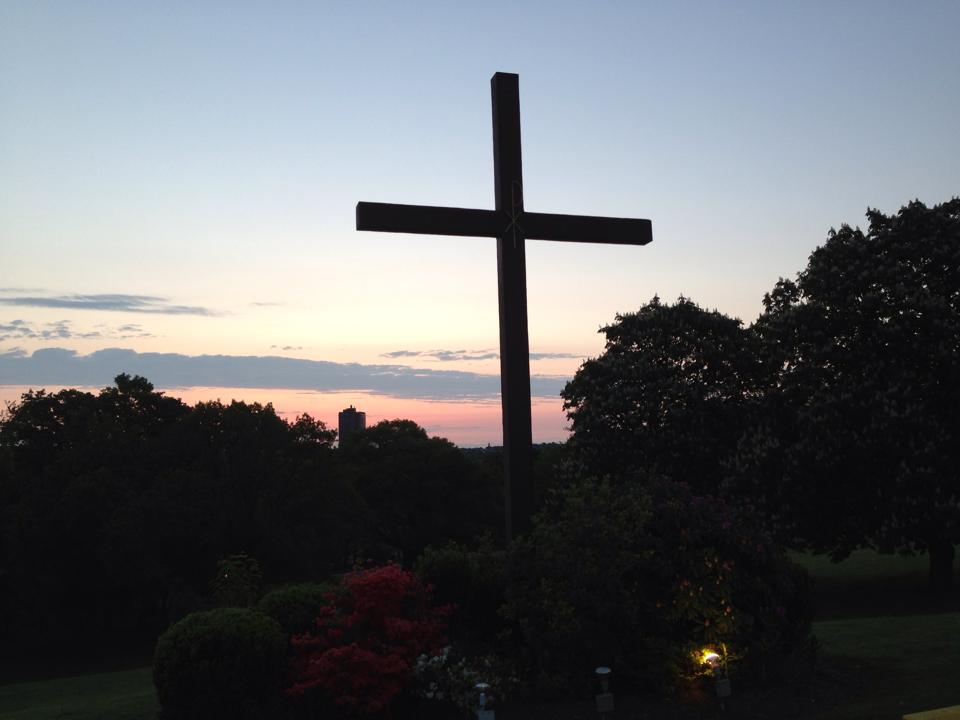 We just celebrated the feast of Pentecost, in which we commemorate the outpouring of the Holy Spirit upon the Apostles and the Church. When we say “the Church,” as Orthodox Christians, we mean the Orthodox Church. When we pray in the Nicene Creed that we believe “In One, Holy, Catholic, and Apostolic Church,” we mean the Orthodox Church, which we see as the original and ancient Church, the Church founded by Christ, the Church guided by the Holy Spirit, the Church spread by the Apostles, the Church which upheld the teachings of the Holy Fathers and Saints through the centuries until today. We mean this with respect and love towards all human beings. This is our Faith.

We see the fruit of the Holy Spirit in the Church through the lives of the Saints. It is this fruit that refreshes and encourages us. The Saints were and are wonderful examples for us of how to live a life in Christ, a life in the Church, a life full of faith and love towards every human being-regardless of background. “God is wondrous in His Saints,” as we pray in the Book of Psalms (Psalm 67 (68): 36).

The Saints nevertheless set boundaries when they needed to, in order to protect their own souls and to protect the souls of those around them.

I share this all as an introduction to allow ourselves to reflect upon the reality that the Saints were people just like us, from all different kinds of backgrounds and walks of life, and yet, even in the 20th and 21st centuries, they put Christ and the Church first in their lives. There are many challenges that are encountered nowadays to living an Orthodox Christian life. I’d like to address one challenge that we face, among the many, that we should be well-informed about as Greek Orthodox Christians.

While sadly many push aside the things of God, it has become nevertheless a fashion to turn to superstitious things that have the influence of the Evil One, such as horoscopes, astrology, tarot card readings, psychics, ouiji boards, coffee cup readings- even nowadays pantheistic, pagan, Mother Earth, and certain Buddhist & Hindu beliefs and “energies.” We cannot turn to these things as Greek Orthodox Christians.

As Saint Gregory the Dialogist, Pope of Rome, writes (St. Gregory’s Presanctified Liturgy we celebrate during Great Lent), “Man was not made for the stars, but rather the stars for man; and if a star can be called the ruler of man, then man must be considered the slave of his own servants.”  If I decide to smack someone (not that I should and not that I will!) it is not the stars’ fault that I decided to smack someone! If someone becomes a thief, it is not the star’s fault that that person becomes a thief. We take ownership and responsibility for our actions.  God has given us free will and we are all called to allow our free will to cooperate with the grace of God. As Saint Basil the Great tells us, God cannot do two things: He cannot go against our free will and He cannot commit evil.

This additionally means that we should be avoiding ouiji boards, which should be thrown out of the house if they are even there to begin with. The soul of the Holy Prophet Samuel in the Old Testament reprimanded King Saul who sought a witch in order to communicate with the dead. We do not communicate with the dead with a ouiji board. Sadly, the communication is with dark spirits. I am sorry for the strong language, but it needs to be said. As Orthodox Christians, we communicate with the dead through prayer, through offering alms and charity on their behalf, through the Divine Liturgy, through trisagia, memorial services, and kollyva (boiled wheat), through bringing the names of departed to the priests to pray for. There are many times when Saints and righteous people who have since reposed have appeared in dreams and in broad daylight to others. Take, for example, Saints Raphael, Nicholas and Irene of Mytilene and Saint Ephraim of Nea Makri who, after nearly 500 years, began appearing to pious Christians- in the 20th century no less! Or, in our more recent days, the encounters of Saints Paisios, Porphyrios, and Iakovos of Evia (while they were alive on this side of life) with the Panagia. But, you notice, they were not turning to ouiji boards and the spiritualists to do these things!

Orthodox Christians also do not subscribe to karma. If karma were true, why do bad things happen to good people? How can karma explain the life of Christ and the Panagia especially, but of all the Saints, whose lives were not always a walk in the park? Christ and Panagia were, are, and always will be the best human beings that ever existed, yet Christ was crucified on a Cross and His Precious Mother saw Him suffer, tortured, and crucified. How does karma explain that? We have to remember that there is a life beyond this one here on earth, that we are called to a heavenly Kingdom, a heavenly Jerusalem, a heavenly Constantinople.

We do believe that the devil and demons are real, but that they are a big fat zero in front of God’s power. We should not expose ourselves though and play with fire because that is how we get spiritually burned. If we deny the reality of the devil and demons, we make Christ Himself a fool, as Christ healed people who were demon-possessed in the Gospels. If we deny the existence of the devil and demons, we make Saint Gerasimos of Kephalonia a fool, who has cured many who have been demon-possessed. This reality of the existence of the devil and demons we acknowledge every time there is a baptism in the Orthodox Church, as during the catechesis prayers that are said in the narthex in the back of the church, exorcism prayers are read and the godparent spits three times towards the devil to show that the devil and the demons are rejected. Spitting on someone was seen as the greatest form of disrespect in the Middle East.

All these pagan things are spiritually harmful and dangerous, exposing ourselves to demonic influence. I know that again sounds like strong language to some, but sometimes strong language is necessary.

If we want to additionally address these issues from the treasures of our ethnic heritage that belong to the Church, I quote our beloved Saint Kosmas Aitolos, who celebrates in August (August 24), who was like another Apostle Paul in Greece during Ottoman Turkish times, traveling all over to preach the Faith and help the slaves maintain their Orthodox Faith as well as the Greek language:

Those things which the holy Fathers commanded and those of our Church are good and sacred, spiritual, and physical. All that takes place outside of the Church belongs to the devil. And often the devil performs illusionary miracles so that you are putting fire inside of you and are being burned spiritually and bodily. And if you want to see your future or your fate, get up at dawn and go to Church and look at the graves of the dead. Think and ask yourself, weren’t they men too like me, and they died? I too am destined to die tomorrow, and I shall not dare to do these devilish things because I’m lost, and destroy myself.”

Let us say no deceptive influences and yes to the All-Holy Spirit, as lived and experienced in the lives of our Greek Orthodox and other Orthodox Saints!