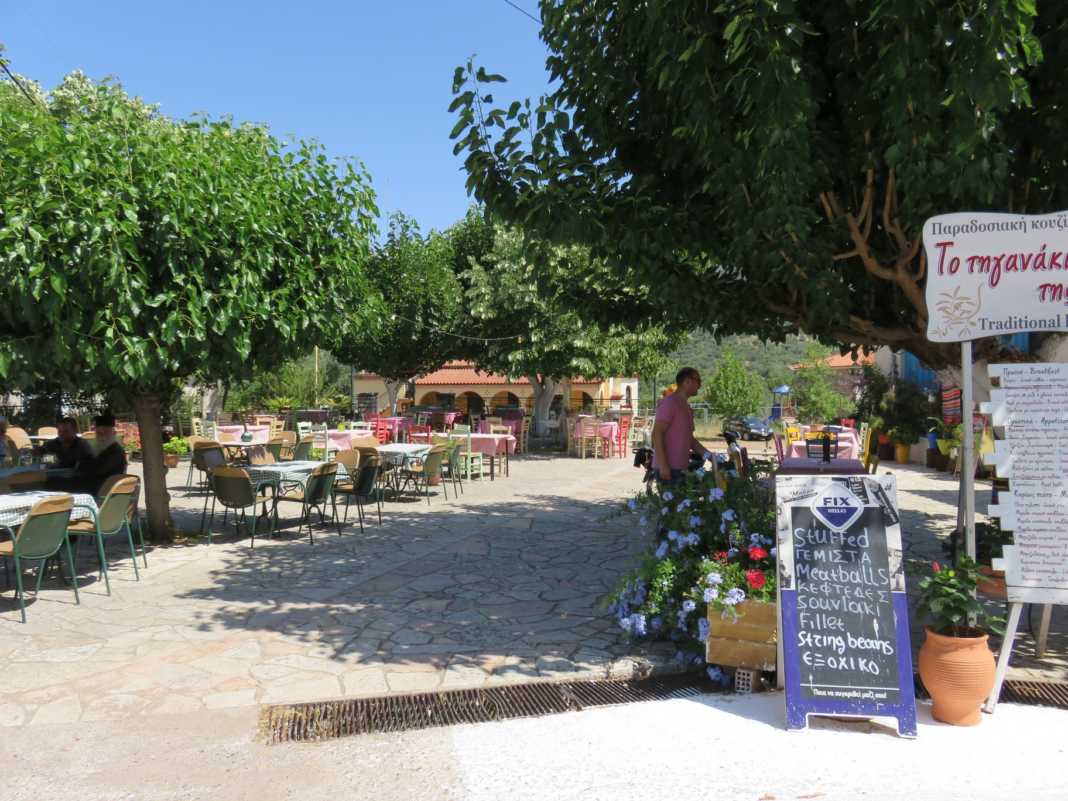 Share
Facebook
Twitter
Pinterest
WhatsApp
Linkedin
Email
Viber
By Ctherine Tousnis,
The 2500-year anniversary since the Battle of Thermopylae and the Battle of Salamis in 480 BC began in Athens on Wednesday, October 16, 2019. A series of events called ”Thermopylae – Salamis 2020” will commemorate and highlight the importance of these two battles, which occurred in 480 BC for humanity as a whole. These two decisive battles are seen by many to mark the very beginnings of Western civilization itself, as the united forces of Greeks won over the Persian threat, paving the way for Greek classical antiquity to flourish.
The Gateway to Arcadia is a memorable image in the movie “300” about the 300 Spartans at Thermopylae. I visited this impressive structure during the summer.
“The Arcadian Gate is an impressive monument, a symbol of power and example of high fortification technique. It consists of one of the two gates on Ancient Messini and part of the fortifications of the ancient city. It is very well preserved and is the most attractive point of the city. It is located to the north of the archeological site at the merging point of the roads to the villages Mavrommati, Neochori and Zermpisia.

The Arcadian Gate is a monumental construction, built with large limestone rectangular stones and that is why, it inspires awe to the visitors. It is circular and spacious, with two entrances (a dual internal and external). The internal entrance led to a paved road towards City Market and the external to the road, which ended at the capital of Arcadia, Megalopolis. There are two square protective towers- to the right and left of the external entrance of the Arcadian Gate – communicating with the main construction of the gate, which has a circular plan view.

Hermaic columns were erected in the internal circular space of the Arcadian Gate as the god Hermes protected the gates. These columns were also described by Pausanias. There is an inscription over the northern niche of Hermes: “Κόιντος Πλώτιος Ευφημίων“. A cluster of funerary monuments was recently discovered outside the Arcadian Gate and it was used during the 2nd, 3rd and 4th centuries. A.D. for the burial of the noble families of the city.”2
Nearby was the village of Arsinoi. Picturesque landscape straight out of a travel book, we had lunch at the tradition restaurant called “To Tiganaki tis Christinas” (Christina’s Grill House).  My taxicab driver Pavlos Hliopoulos has family from Kalamata that is nearby. We had a pleasant conversation with Father Elias who serves at St. George and Prophet Elias Churches villagers and restaurant owners. Greek salad, souvlaki, crusty village bread with wine was enjoyable. Enjoy a ride to the Arcadian Gate.