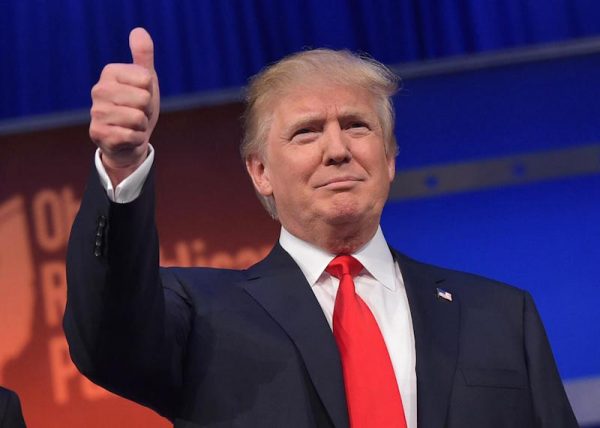 Events taking place last week will wind up playing a substantial role in determining President Trump’s fate in the 2020 Election. And to the shock and dismay among most members of the Washington D.C. Cognoscenti, these developments have absolutely nothing to do with the impeachment obsession consuming their lives.

As Nancy Pelosi and her brain trust presumably huddled together at the Capitol Building somberly, prayerfully, and carefully deciding which souvenir pens to order for their impeachment charade, the Trump administration was pulling off a pair of monumental trade wins on behalf of American workers while boosting our economy. The final passage of USMCA [United States, Mexico, Canada Accord], and the Trump administration’s historic phase one trade agreement with China will lift the economic prospects of America’s working-class and middle-class families.

For decades elected officials from both sides of the aisle have complained about unfair trade policies from China. Even more Democrats than Republicans have spoken out against the devastating effects that NAFTA has had on the American Middle Class. In a single week, President Trump replaced NAFTA and ushered in a new era of trade cooperation between the United States and China that effectively addresses multiple longstanding economic disputes between the two countries.

The USMCA replaces the disastrous agreement known as NAFTA, which not only cost millions of American jobs, but even wreaked havoc on a once burgeoning middle class in Mexico. The USMCA will create close to 200,000 jobs in the United States and will increase U.S. agricultural exports by $2 billion. In addition to spurring more domestic automobile production with 20,000 new jobs, USMCA provides for a $16 minimum wage for all member countries employed in the auto industry, this will discourage automakers from the all too familiar practice of being able to move production from one country to another almost overnight. U.S. dairy farmers will have more access to Canadian markets. Intellectual property protections are included. Unlike NAFTA, the USMCA provides real enforcement mechanisms for hard fought labor and environmental standards and support for e-commerce.

During a bitter partisan climate, the USMCA trade deal passed the House of Representatives in December by a vote of 385-41. Last week the Senate overwhelmingly approved the USMCA by a vote of 89-10. All the Democratic Presidential candidates voted for it except for Bernie Sanders who claimed it didn’t go far enough on climate change.

Democratic praise for USMCA is widespread.  “There is no question, of course, that this trade agreement is much better than NAFTA,” House Speaker Nancy Pelosi (D-CA) said. House Ways and Means Committee Chairman Richard Neal (D-MS), called the House-backed version a “triumph for workers all across America.” “For the first time, there truly will be enforceable labor standards,” the AFL-CIO said.

There can be no confusion here, the Democrat Speaker of House, the Democrat Chairman of the House Ways and Means Committee, and the AFL-CIO one of the biggest and most powerful labor unions supporting the Democrat party are all praising a trade deal that never would have seen the light of day if not for Donald Trump being elected President of the United States.

President Trump and his administration faced withering criticism for a hard-line negotiating position with China. The phase one deal is unquestionably a triumph for the Trump administration because it is the first time in modern history that a U.S. government has extracted numerous meaningful concessions from Chinese officials. China has agreed to increase its U.S. imports by at least $200 billion, increasing energy imports by $52 billion and services by $38 billion. China will also buy $32 billion worth of U.S. agricultural products and will oversee a $78 billion increase in importing U.S. manufactured goods.

The Chinese government has also made stronger commitments to fight counterfeiting as well as agreeing to remove onerous procedural barriers against companies claiming copyright infringement. Commerce Secretary Wilbur Ross predicts the deal with the Chinese will add half a percentage point to U.S. GDP.

What is truly politically remarkable about the Trump Administration’s historic phase one trade agreement with China and passage of USMCA is that Democrats are left with no response aside from the feeble rejoinder that it doesn’t go far enough. The same Democratic party complaining about Trump not extracting more concessions from the Chinese, is the same party that labeled the imbecilic Trans-Pacific Partnership (TPP), the “gold standard of trade deals.” One of the most highly contemplated provisions of TPP was exactly how much government assistance would be provided to all of the employees losing their jobs as a result of its enactment. Upon taking office, President Trump swiftly withdrew the United States from the ridiculous TPP.

It is becoming obvious to voters that without a Trump Presidency we could forget about any kind of fair deal with China or passing the USMCA. We are in a new trade era where voters expect elected officials to help create jobs, not assistance programs to help the people whose jobs they eliminated. In November 2020 most voters will ignore the call of the Washington D.C. Cognoscenti, they will not maniacally obsess over a public conversation with the President of Ukraine. Voters will focus on policies that will protect them and improve their lives.

President Trump has demonstrated that better deals can be negotiated and that he is the person voters trust to fight for them and their interests. No one cares about impeachment anymore—except perhaps the politicians with the shiny new pens.