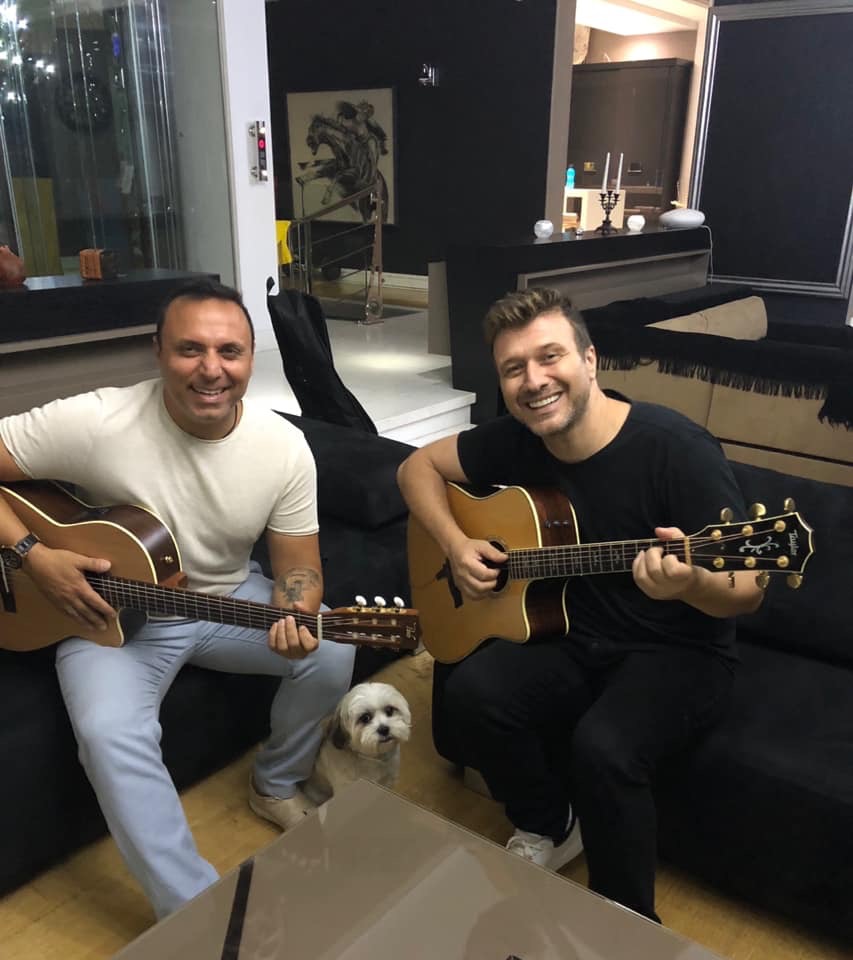 Pavlo’s recent concert at the historic Wilshire Ebell Theatre in Los Angeles, California is a continuation of performances that started 12 years ago and the city feels like a second home to Pavlo and his family now. Pavlo Simtikidis, known as Pavlo to his fans, was born in Toronto Canada from Greek immigrant parents and was drawn to music from an early age but it was a visit to the majestic Greek island of Santorini where Pavlo was inspired to write his first song with a bouzouki called “Santorini Sunset” and then he realized he had found his own sound. That sound has developed into what Pavlo calls a “Mediterranean sound” a mix of folkloric styles from Greece, Latin America and Spain. His sound found an accepting audience and his first 2 records, Pavlo and Fantasia, were certified Gold in Canada.

Pavlo achieved a wider acceptance of the American public in 2015 when his television concert that was filmed in his parents’ hometown of Kastoria was distributed nationally by PBS. The special “Pavlo: Live in Kastoria” was picked up in over 150 cities across America making Pavlo a household name. The success of that special gave Pavlo the opportunity to follow up with another concert special this time filmed in Guadalajara, Mexico. Guadalajara is a familiar place to Pavlo as he has performed there a number of times. “We were looking at several locations to do the next special and my good friend conductor Marco Parisotto, suggested to do in Guadalajara. It was a comfortable decision.” Pavlo will be accompanied by a 93 piece orchestra, the Jalisco Philharmonic Orchestra that will be conducted by Parisotto, and it will air on PBS starting in June and the DVD will be released on September 6th.

At his Los Angeles concert, Pavlo announced that his new record “Together” will be released on June 14, 2019. This is the first all-vocal record he is releasing comprised of 11 songs performed by 11 different singers. Pavlo told HNA that the new record “is a departure of my previous instrumental records because it was time to follow a new path. I wrote the lyrics and composed the music and I have 11 fantastic singers performing them.”

At the concert, he performed live for the first time a song from his new album “Never Ending Love Story” with the talented singer Steegs. Pavlos’ refers to his concerts as a ‘two-hour Mediterranean escape” in which you can see Pavlo off stage dancing in the isles with fans or Pavlo flipping his guitar over his head and play it backward, ala Jimi Hendrix. And at the end of the concert, he holds a drawing and one lucky fan gets to go home with Pavlos’ guitar.

And Pavlo’s next concert will be another departure, a collaboration with fame Greek singer Yiannis Ploutarhos. Pavlo and Yiannis met last summer and they spent time together at Yiannis’ home where they co-wrote four new songs. One of those songs will be performed for the first time onstage in the upcoming Yiannis Ploutarhos’ concert on Friday, May 31st. Pavlo will be the opening act for the Ploutarhos’ concert which will take place at the John Anson Ford Theater in Los Angeles. The concert which is a Power Muse Production promises to be an evening of beautiful music, an array of Ploutarhos’ most beloved hits along with the eclectic instrumental music of Pavlos.