CommunityPeopleReview: 'The Supernaturalists' with Criss Angel phenomenal at Foxwoods
People

Review: ‘The Supernaturalists’ with Criss Angel phenomenal at Foxwoods 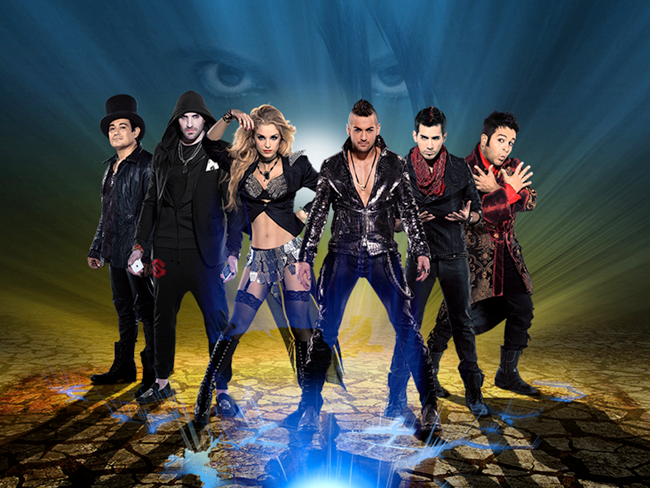 Most impressive about this show is that it coincided with executive producer, director and creator Criss Angel’s 48th birthday. It began with a neat comic set from “The Great Maestro” and Fifi, and a video greeting from Angel emerged from the giant televised screen, where he remarked, “Welcome to my world, ‘The Supernaturalists,” prior to sharing that this magic spectacle is going to blow people’s minds, and rightfully so. “Are you ready?” he asked.

“How are we doing Foxwoods?” Swank asked the Fox Theater audience, prior to noting that he has been doing magic for as long as he has been walking. He performed his first demonstration where he was able to properly pick an audience member’s card from a deck of cards, by shooting a bow and arrow, and it turned out to be the chosen card. Swank then subsequently disappeared in front of the audience’s eyes.

Female magician Chloe began with her razor swallowing demonstration, and their in-house DJ went to the stage and played the electric guitar as she underwent Houdini’s straight-jacket escape while hanging upside down, and it was followed by her version of the famous “metamorphosis.”

Stefan proved to be a true grand-master of “hands and movement” with his exceptional card manipulation technique, which was a true masterpiece. Mentalist Banachek was able to guess a few audience members’ birthdays, as well as the last four digits of their driver’s license. Dog conjuror Johnny Dominguez was fantastic with his dog routines, where the dogs were performing some really cool stunts, coupled with some even cooler magic tricks.

Adrian Vega showcased the “dexterity of his fingertips” with his impressive close-up magic, where he was able to change four one dollar bills into four one hundred dollar bills. Spencer Horsman was successful in completing the challenging “Submerged” escape in 3 minutes and 45 seconds, thus proving to be one of the best escape artists in the world.

After a brief intermission, “The Supernaturalists” returned for their second act, which featured a live performance from the world’s top magician, Criss Angel. “How are we doing Foxwoods?” Angel asked, and the venue burst into a roaring applause. “It’s so awesome to be here tonight celebrating my ’21st birthday’ with all you beautiful people,” he added, jokingly.

With the help of Banachek, Angel was able to correctly predict three words from three random audience members, which were written down in a locked-up chest. These three words included an audience member’s first name (Surge), a fan’s street address (Bryant Street), and a two-digit number (16).

Angel went on to give a brief, yet moving speech to his fans. “This is a dream beyond my wildest dreams,” he said, prior to noting that he never imagined any of this as a kid, since for him, it was all about learning.

When he was practicing magic in high school, he shared that people would come up to him and ask him if he was from another planet. The esteemed magician noted that his answer would be as follows, “Maybe I am from a black star,” and a melodic composition played in the background.

Another outstanding magic trick that Angel performed was a close-up routine with coins, where he was able to make coins appear, multiply and vanish, all in the blink of an eye.

He continued with yet another dangerous demonstration, “In Two,” where he was able to cut one of his female assistants in half with a giant electrical saw.

After the second showing of “The Supernaturalists,” Angel invited his fans to the Shrine nightclub for a celebration of his “21st birthday,” and he underscored that he has the best fans in the world, and acknowledged the men and women in the military who were in the audience at his show.

“The Supernaturalists” concluded with an amazing version of “Enigma,” which involved Fifi, Horsman and Angel, the latter of which teleported himself in the middle of the venue, where he reemerged in an audience member’s seat.

Overall, “The Supernaturalists,” starring Criss Angel, was an excellent magic show at Foxwoods Resort Casino. It is highly recommended for the whole family, and it was great to see Angel perform live in the second act. All nine magicians showcased an enormous amount of talent, enthusiam and charisma. It is worth seeing live whenever these magicians are in town. “The Supernaturalists” garnered 5 out of 5 stars.