Saint Sophia School is a parochial school that was founded by the Greek Orthodox Community of Salt Lake City, Utah, in 1996. It was founded on the principles of Hellenism and Christianity.  The school started with Pre-K and Kindergarten classes and each year after that it added another grade.  Eventually, it offered up to sixth grade.  In 2016, the school decided to put a focus on early education and now focuses on Pre-K and Kindergarten only.

Hellenic News of America chatted with one of Saint Sophia’s trustees, Dr. Elaine Bapis.  Dr. Bapis has been involved with Saint Sophia since its inception.  She shared with HNA that her dear friend, Margo Satirio, an educator of over 20-years who specialized in elementary education called her and asked her to get involved.  She remembers saying she’d love to help but only for a year.  Fast forward 22 years and she is still part of this influential and dynamic school who is now educating its third generation of students.

“I would go to sleep at night and think I am crazy.  Then, I would wake up and go to the school, I’d walk into the building and think ok, now I know why. The kids are so fabulous and so are so happy when they come to school.  You see their minds turning and how they actually learn and that’s the love for education.  It is a wonderful thing seeing children in such a successful and productive environment,” expressed Dr. Bapis.

The school follows the Utah State Core Curriculum with a strong academic emphasis in literacy, math, science, and social studies.  The curriculum is then enhanced to include religion, Greek language, art, PE and music.  “The children even learn yoga,” shared Dr. Bapis.  The Greek language is taught twice a week with Greek language programs twice a year for Christmas and in March for Greek Independence Day.  The school is made up of 46 students.  It has one Pre-K 3, two Pre-K 4 and one Kindergarten class.  The school also hosts a toddler-parent class twice a week for parents and toddlers to learn and play together.

The school is pretty diverse.  It has children that are attending from as far as half an hour away.  They even have families who want to move closer to the school so that their children may attend.  “That is how much children love coming in.  They cry when they have to go home and even the graduates from 22-years ago still say that they learned the most they know at Saint Sophia’s School.  I think it is a really nice, trusting and safe environment for them to learn,” said Dr. Bapis.

V. Rev. Archimandrite George Nikas of the Greek Orthodox Community of Holy Trinity Cathedral in Salt Lake City, UT, makes sure to stop by to visit the children as well and spends time with them at the school.  Dr. Bapis shared how much the kids just love it when he visits.

The future holds horizontal growth for Saint Sophia.  The school wants to continue to serve as the premier early childhood education center in the Valley.  “We want to focus on those years because the first six years, with all of the research being done on children’s brain, are the most important for foundation building.  Once they build the foundation, they can go anywhere and be able to learn anything,” said Dr. Bapis.  Dr. Bapis expressed that her involvement has been a labor of love and she is very proud to be able to provide a place for them to learn and grow.

Interested in joining the Saint Sophia School community?  It is a fairly easy process.  Parents can log in online and fill out a few forms and from there a brief interview will be conducted.  “We do not specialize in special needs or something like that because we are not licensed.  Other than that, if your child wants to be here, we will make a place for them,” said. Dr. Bapis.

For more information on the Saint Sophia School, visit https://www.saintsophiaschool.org/ 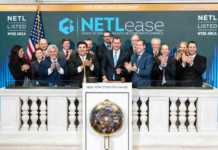 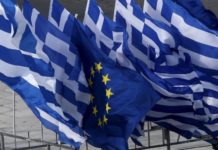 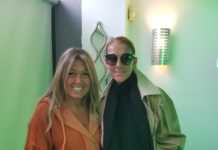 Bouboulina:  Giving All for the Sake of Her Nation