CommunityStan Spirou Calls it a Career After 33 Years as SNHU Men’s...
CommunityCultureFeatured 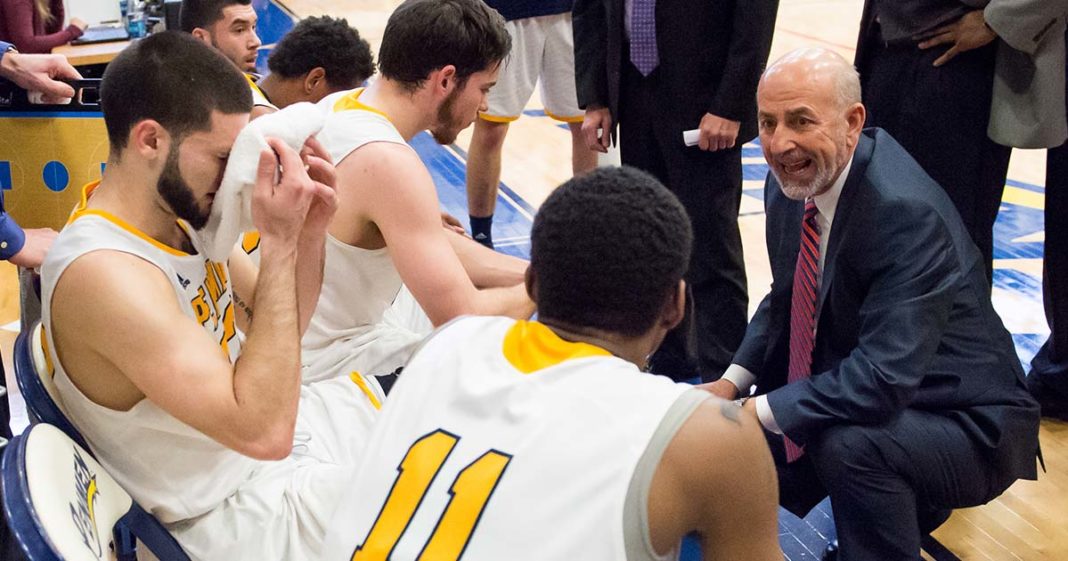 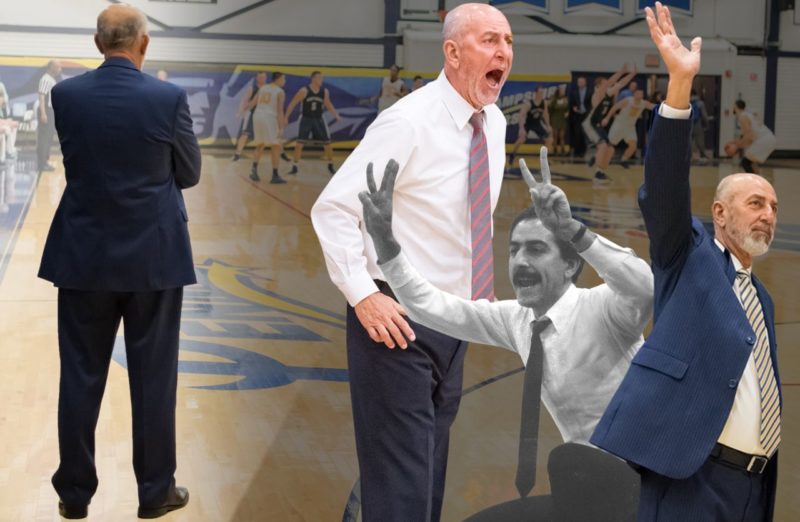 Spirou has agreed to stay on while a national search is conducted to find his replacement. There will be a night to honor Spirou and his remarkable career on Friday, May 4 at the SNHU Fieldhouse. More information will follow once plans have been finalized.

“It has been an honor to work at a place that I consider one of the greatest academic stories,” Spirou said. “Being a part of that story for the past 33 years and watching it evolve has brought me great joy and given me an immense amount of pride for Southern New Hampshire University. The support I have had from the administration and campus community over the years, has made it easy for us to enjoy our success.”

Spirou will step away from the game of basketball with a 640-341 record during his 33 years with the Penmen, good for a .652 winning percentage over 981 total games. He is currently the 11th longest tenured active head coach in NCAA Division II, with only three others having been at the helm of their current team for longer than Spirou, and only one of those featuring a higher winning percentage. His 640 victories rank 25th against active NCAA coaches at all three divisions, while they place him fourth amongst active Division II coaches and seventh all-time in DII. Spirou is the winningest coach in New Hampshire basketball history, regardless of division, while he ranks fourth all-time in New England, including first for DII.

“It’s hard to think of SNHU without Stan,” said Paul LeBlanc, University President, SNHU. “His larger-than-life personality filled any room he walked into, his steadfast dedication to our student-athletes is unmatched, and he’s overall just an amazing person who will be truly missed. As Stan steps aside from basketball to spend more time with his family, he leaves behind a lasting legacy that will continue to inspire student athletes for years to come.”

“It is hard to put into a few words what Stan means to the men’s basketball program and to SNHU,” said SNHU Director of Athletics Anthony Fallacaro. “He is one of the all-time greats, both on the court and off it. He is so much more than a hall of fame coach; he is a hall of fame family man and someone I consider a good friend, now and forever. I am selfishly sad to see him retire, but I understand and know how much he loves his family, including his six beautiful grandchildren, and wants to spend more time with them.”

Spirou was named the head coach at then-New Hampshire College on July 2, 1985 and led the Penmen to a 24-7 mark, as well as a spot in the conference finals, in his rookie season. A year later he would earn New England Division II Coach of the Year honors after piloting his team to a 24-8 record and its first NCAA Regional title. Spirou’s first league title would come in 1990 with a team that finished 26-6.

From 1992 to 1995 Spirou guided the program to an impressive 84-15 (.848) record and three straight Elite Eight appearances in the NCAA Tournament, as well as back-to-back Final Fours. The Penmen also became the first team in the history of the NECC to capture three consecutive league tournament titles during that span.

In 2013-14, Spirou passed longtime University of Bridgeport head coach Bruce Webster (549-405 from 1965-99) for the most victories among New England Division II head coaches. He then returned the Penmen to regional and national prominence in 2014-15, posting a 24-8 record, capturing the NCAA East Region title and advancing to the Elite Eight for the fifth time in Spirou’s tenure and seventh time in program history.

Spirou guided the Penmen to their second NE10 title in 2015-16, as the team went 23-11 and earned its 19th NCAA Tournament berth. The Penmen made some history along the way, becoming the first team in the division-era ever to knock both No. 1 seeds out of the Northeast-10 Championship, in addition to being the second team to win four games in a single NE10 postseason, with three of those coming on the road. SNHU then became the first 8-seed ever to topple a No. 1 seed in the East Regional, giving it four straight road wins in the postseason – all coming against top-five teams in the region. Spirou collected win No. 600 of his career with an 88-82 Northeast-10Championship first round win against American International College on Feb. 26.

The 2016-17 Penmen reached the conference title game for the third time in five years and earned NCAA Tournament appearance No. 20, as well as the 18th and final for Spirou.

Success has been the common denominator wherever Spirou has coached; first, while building Manchester Central High School into a state power, and, later, as an assistant coach with the Penmen under Tom Sullivan. Spirou compiled a four-year record of 80-22 at Central and led the Little Green to a pair of Class L state titles in 1979 and 1981 before joining Sullivan’s staff in 1982. He was inducted into the Central High School Hall of Fame on Sept. 25, 1998.

Spirou earned a basketball scholarship to Keene State College, where he lettered two years for the Owls. He received his bachelor’s degree in history from KSC in 1974 and later earned a master’s degree in school administration from Antioch University in 1979.

Spirou, while recognized as a legendary basketball coach, might be better known for his work within the Manchester community and his penchant for helping individuals. Spirou would often aid former players with internships and job searches after their Penmen careers came to a close. He was also the ultimate advocate for student-athletes, staying diligent in his efforts for them to complete their education.

An avid golfer and trivia whiz, Spirou is also involved in numerous activities in the Manchester community. He is the director of the popular New Hampshire All-Star Basketball Camp, which runs every summer at SNHU, and has also served as an honorary coach of the New Hampshire Special Olympics team. In addition, he held free basketball clinics in his native country of Greece every summer for a long period of time.