The First Modern Islamist Fundamentalist Conquest of the West?

“All truths are easy to understand once they are discovered; the point is to discover them,” by Galileo di Vincenzo Bonaulti de Galilei, an Italian astronomer, physicist, and engineer.1Hagia Sophia...
Read more
Featured

Debbie Matenopoulos is the co-host of "Home & Family" on the Hallmark Channel. She chatted with HNA's Markos Papadatos about her show, cookbook, and...
Read more
Community Organizations

Brooklyn AHEPA Chapter 41 held a monthly meeting on August 5, 2020 virtually via Zoom due to the COVID pandemic. On the agenda was...
Read more
Obituaries

Antonios (Tony) Malitas of Philadelphia has passed away

Malitas, Antonios (Tony) was born on January 15, 1940, in Epirus, while it was under the communistic rule of the Albanian government. Harlambos, (Harry)...
Read more
Community

“We celebrate the first fruits of the harvest on August 6th, the Transfiguration (Metamorphosis) of Christ Feast Day,” said His Eminence, Archbishop Elpidophoros. “I...
Read more
In Greek

The destruction of civilization, the other side of the Conqueror and conquest

By Ioannis MpaltzoisThere are more mosques in Turkey than there are schools. To the existing 84,684 mosques, one more was added. Hagia Sophia became...
Read more 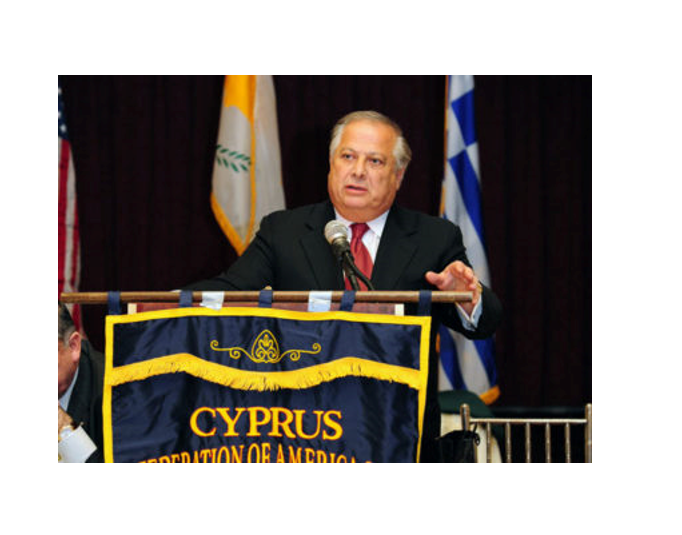 In the 1970’s, a young mogul named Donald Trump was making news as a young, brash and very successful real estate developer.  At the same time, Turkey’s invasion of Cyprus in 1974 made international headlines.  Now, 44 years later, they are on a collision course of historic consequence.  President Trump is the leader of the Western World and Turkey’s occupation of Cyprus has now become the first modern Islamist fundamentalist attempt to capture Western World territory and resources.

New revelations expose Turkey stealthily positioning itself to attempt to permanently possess the northern third of Cyprus, which is rich in hydrocarbons and stands as a bulwark of Western civilization in the Eastern Mediterranean. Cypriot citizens fought beside the United States in event 20th century war and have shown their unwavering common thinking.  When Turkey refused treatment of our dying soldiers at our base at Incirlik, after Islamist fundamentalists bombed US military barracks in Beirut, Cyprus stepped up and take care of our soldiers.

Turkish President Recep Tayyip Erdogan duped US officials into believing he would end his illegal military occupation of Cyprus.  He was so convincing that news stories indicated President Barack Obama spent more time on the phone with Erdogan than any other head of state for the better part of his presidency.

Erdogan ignored the Geneva Conventions and quietly transplanted hundreds of thousands of Turks to live among Cypriot-born Turkish-Cypriots in Cyprus who are traditionally Western, moderate and secular Muslims.  The Turkish-Cypriots recently exposed Erdogan’s play by pointing out that here are 684,301 active mobile phones and 715,000 loaves of bread baked a day in the northern third of Cyprus and that they, who are supposed to essentially be the totality of the population, number only 130,000.

The Turkish-Cypriots complain that Erdogan has forced mosques and extremist Imams into the occupied area that “brainwash our children.”  Recently, Erdogan’s ‘Grey Wolves’ Turks violently attacked a Cypriot newspaper that stood with America in opposing Erdogan’s assault on US-backed Syrian Kurds who have fought Jihadi Islamists.  The birthrate of the roughly 500,000 illegal settlers in the occupied area is higher than that of the 800,000 Christian Greek-Cypriots who live in the remaining two thirds of the Republic of Cyprus.  This means that illegal Muslim Fundamentalists could become a majority of the people in this western democratic island nation and pose an even more serious threat to American security interests.

Spurred by the need to distract domestic attention from Erdogan’s collapsed economy this conquest attempt will reach a historic tipping point under President Trump’s watch.  And, we are confident that President Trump will put an end to it.  His “common sense” will replace Washington’s “wisdumb” that has effectively given the “green light” to Turkish aggression on Cyprus.  There are dozens of examples that include looking the other way during Turkey’s illegal use of American arms and planes in violation of the Foreign Assistance Act to invade Cyprus.  They even include our helping Turkey with shameful silence as the hid for ten years their execution of five Americans captured alive, dumping them along with 2,000 Greek-Cypriot men, women and children into mass graves.

President Trump’s extraordinary business sense will protect Cyprus, a hydrocarbon-rich ally that has been working with Exxon, Shell and Noble Energy of Texas.  It is also working with America and Israel to provide a safe path for these resources to Western Europe.  He will not be frightened as Turkish warships try to intimidate companies licensed by Cyprus, like Italy’s ENI, to explore for hydrocarbons in their Exclusive Economic Zones.  Nor will he remain silent as Erdogan attempts to takeover Cyprus’ northern third in his drive to create a new Ottoman Sultanate and a world caliphate.

Washington “wisdumb” cannot manipulate President Trump.  As long as he is the leader of the Western world, he will not allow Erdogan’s Islamist fundamentalists to achieve either first modern conquest of the West.   President Trump, please stand with the Republic of Cyprus, member of the European Union and a strong ally of the United States and Israel.