On The Trail in Greece: Nafplio City Tours By Catherine Tsounis 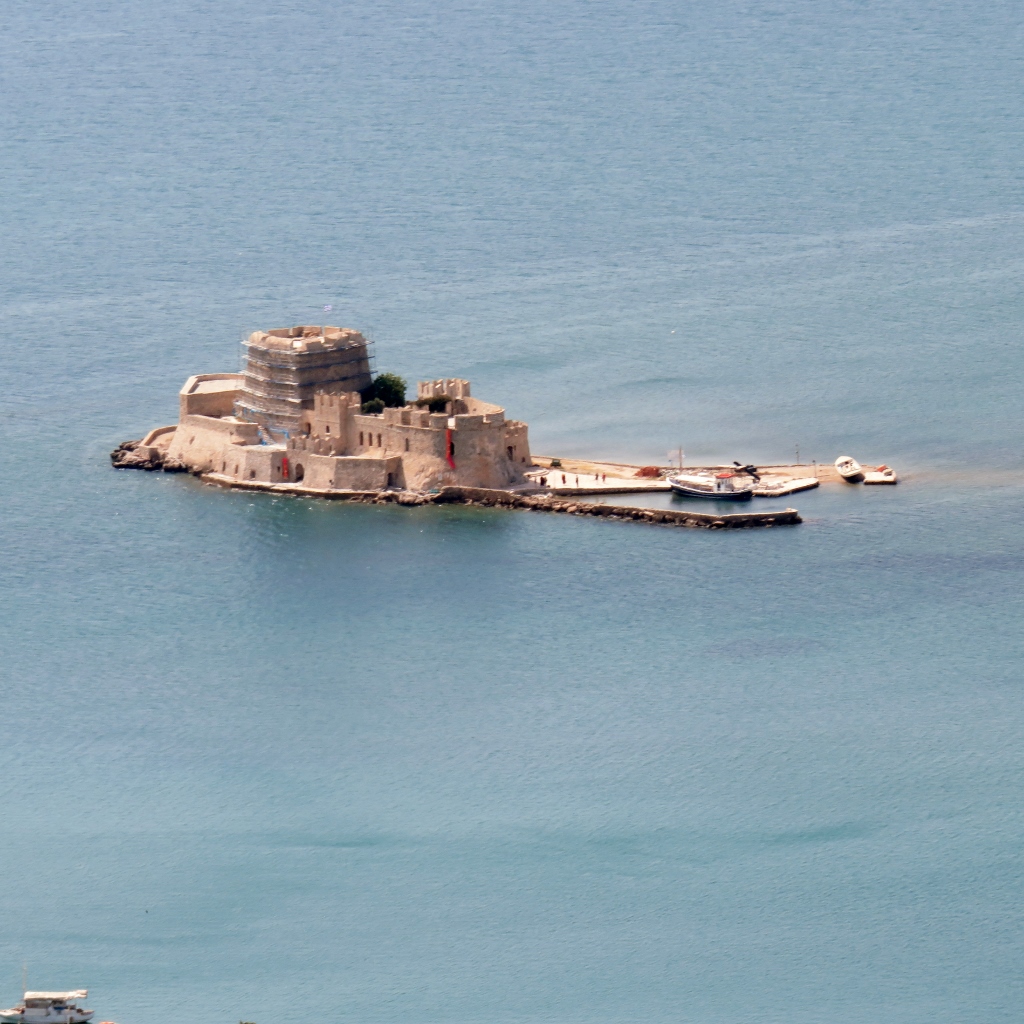 Our classic Tour arranged by Uli of Dolphin Hellas/GO Tours gave us one day free in the Nafplio, in the province of Argos on the coast of the Peloponnese. As we were driving to our hotel Amphityron, overlooking the sea, I noticed a small sign saying “City tour”. Greek cities have economical tours, partially funded by the municipalities. It is one hundred percent cheaper than a taxi.

The hotel’s reception said it is on the pier. I began exploring the waterfront. Everyone knows English and multiple languages. I came across “the trenaki” I little train” operated that day by Kosta. It is located at Papakostopoulou 10.

“We need more persons on board to operate ‘the trenaki’”, he said. “Wait one hour”. It is a hop on and hop off operation with ear phones connected to a multi-lingual commentary in seven languages. I don’t recommend hop on and hop off in late May. A tourist needs guidance in locating the stops on the map. Just stay on. Enjoy a great view of stores, shops and landmarks. Some landmarks are Kolokotronis Park, the Court House, Museums, Statue of Ioannis Capodistrias Square, Syntagma Square, stairway to the Palamidi Castle, old town residential homes and buildings from the time of the Ottoman Empire, Bourtzi mini castle, statue of Archdeacon Christos Kokkinis and other sites. The pink oleander, orange and purple Judas trees create a feeling of nature in this resort city.

A fellow tourist paid 21 euros to a taxi to go to the Palamidi fortress on top of a cliff, overlooking the town and coastline. The “City bus tour” with Driver Eleni was five euros. It runs every hour from 9 a.m. to 5 p.m. near “the trenaki” at Filellinon Square. Eleni and Kosta were helpful with a big smile. On the way to the Palamidi fortress, we saw the “The Bavarian Lion” carved out from the cliff.

In Russia, I spoke Greek, not English. This was the result of anti-American feeling created by President Obama administration in the United Nations against President Putin’s military action to destroy Isis in the Middle East. In Athens and in excursions I took in May and June 2016, fellow tourists did not want to hear the Greek language. In Athens, Greek is not heard. The hotels and business establishments are in the hands of foreign owners. Speak English here.

What I like about Nafplio, is that I could speak Greek freely in a positive environment. Why go to Greece? We go to speak the language and feel Greek civilization. Otherwise, I can visit American, southern cities that have recreations of Greek buildings and museums of Greek culture. Let us hope when I return to Greece in 2017, there is still a Greek character. Traveling on “the trenaki and City bus tours”were economical, enriching and a great way to spend the afternoon.

Photo 4 – The “Bavarian Lion” from the City bus. 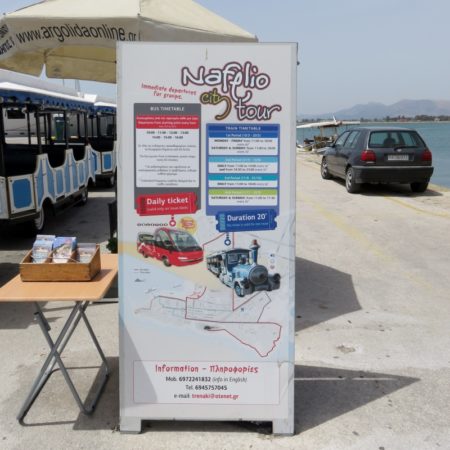 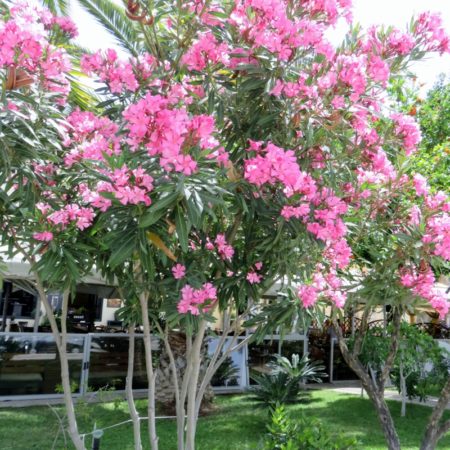 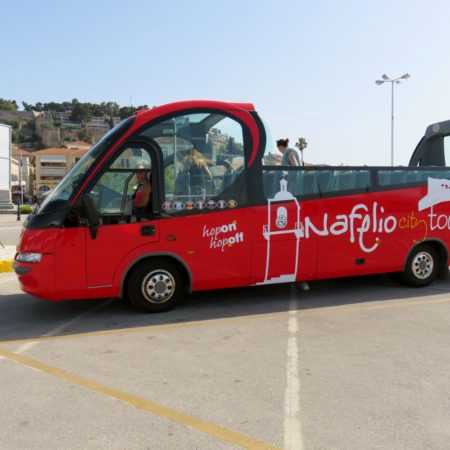 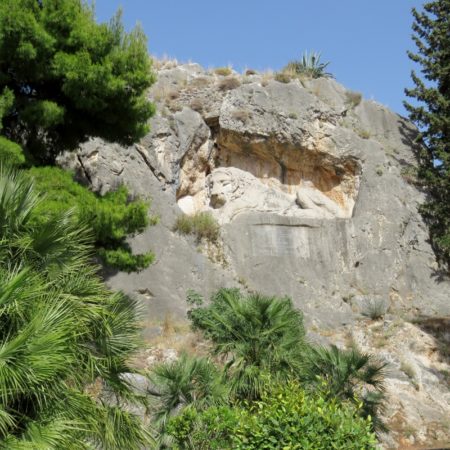 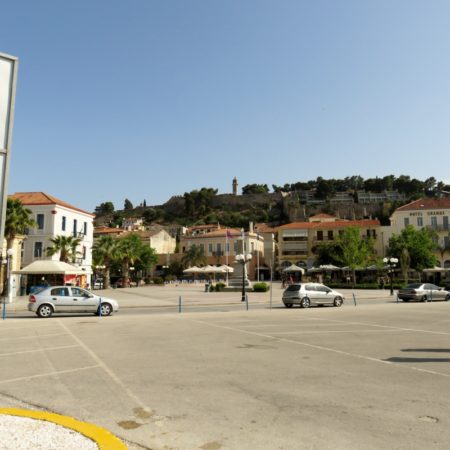 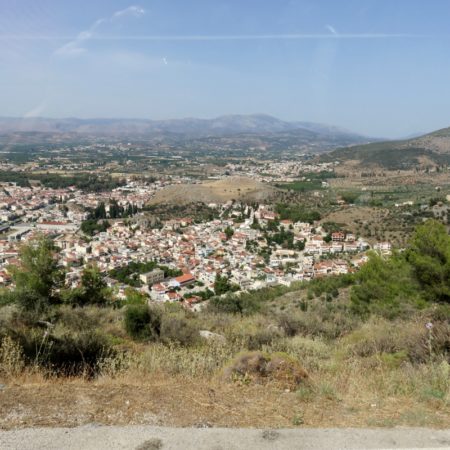