Nikos Chrystodoulides decision to resign as the Foreign Minister on Sunday 9th of January 2022 has shaken Kommatokratia (politicocracy) in Cyprus. During his press...
Read more
Business

Special to Hellenic News of America  When you learn a language, you learn about the people who speak it.  Language is a tool to connect...
Read more
Cyprus

Throughout the history of the Cyprus problem, Turkish rhetoric and propaganda was based on a well-orchestrated distortion of the facts with the aim of...
Read more
Featured 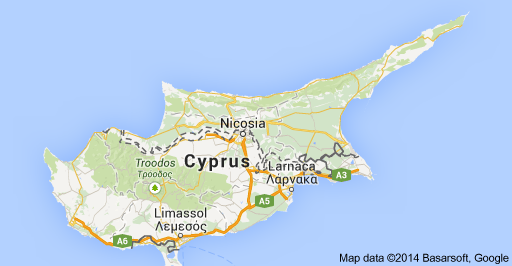 When John Churchill, later the first duke of Marlborough, led the Anglo-Dutch alliance against Louis XIV, he and his ally differed constantly over tactics. Marlborough sought a knock-out. The Dutch preferred maneuver warfare to the risk of all-out battles. But the two states agreed on the broader goal: preventing Louis from achieving hegemonic continental power.
Alliances – or alliance members – that cannot agree on ultimate objectives are in trouble. NATO member Turkey and the rest of the Atlantic alliance once agreed on basic principles: democracy, and the need to keep the Soviets from swallowing the part of Europe that remained free after World War II. No such agreement about basic principles unites Turkey with the rest of NATO today.
Turkey’s current leadership – President Recep Tayyip Erdogan and his Justice and Development Party, known by its Turkish acronym, AKP – have led Turkey on a steady drift away from democracy since Erdogan came to power in 2003. Turkey now holds more journalists in its prisons than does any country in the world. The oppression does not stop with individuals – Erdogan fined an opposition media group $2.5 billion dollars in 2009 for “evading taxes.”

The AKP’s siege of democracy doesn’t constrain only the organs of free speech. A law passed earlier this year restricts the judicial system’s independence and corrodes the state’s rule of law, and the government is now considering a draft security measure that would give Turkish police sweeping new powers. More than forty people were killed across Turkey in October protests against Erdogan’s hands-off policy in defending the besieged Syrian border town of Kobani. Orthodox churches in Iznik, near the Sea of Marmara, and Trabzon, on the south coast of the Black Sea, have been converted into mosques.

The U.S. Congress recently passed a law that requires the Obama administration to submit annual reports on Christian churches in Turkey and the Turkish-controlled portion of the Republic of Cyprus that have been looted, turned into mosques and casinos, or otherwise desecrated. The AKP is not choosy about which non-Muslim religion to oppress, though. The party’s anti-Semitic words and actions are pushing young Jewish Turks to leave the country. Their flight mirrors Turkey’s own departure from the circle of free and open societies.
At odds with the Alliance

Turkey’s foreign and security policy parallels its departure from democratic institutions. Under Erdogan, Ankara is at odds with NATO’s interest in a stable pro-Western anchor in its southeastern quadrant. “ISIS Draws a Steady Stream of Recruits from Turkey,” read a New York Times headline from September this year that described the active recruitment of Turks to the terrorist group operating in Syria and Iraq. Ten Arab states joined the United States in signing an agreement in September to cooperate in destroying ISIS. Turkey declined, and Erdogan’s administration continues to ignore would-be jihadists as they transit through Istanbul south to join ISIS. Meanwhile, Turkey remains a major financial backer of Hamas.
1 | 2 | Next Page››

Seth Cropsey is a senior fellow at Hudson Institute and director of its Center for American Seapower. He served as a naval officer and as deputy Undersecretary of the Navy in the Reagan and George H. W. Bush administrations.
https://www.realclearworld.com/images/icon_sn_comments_color.gif