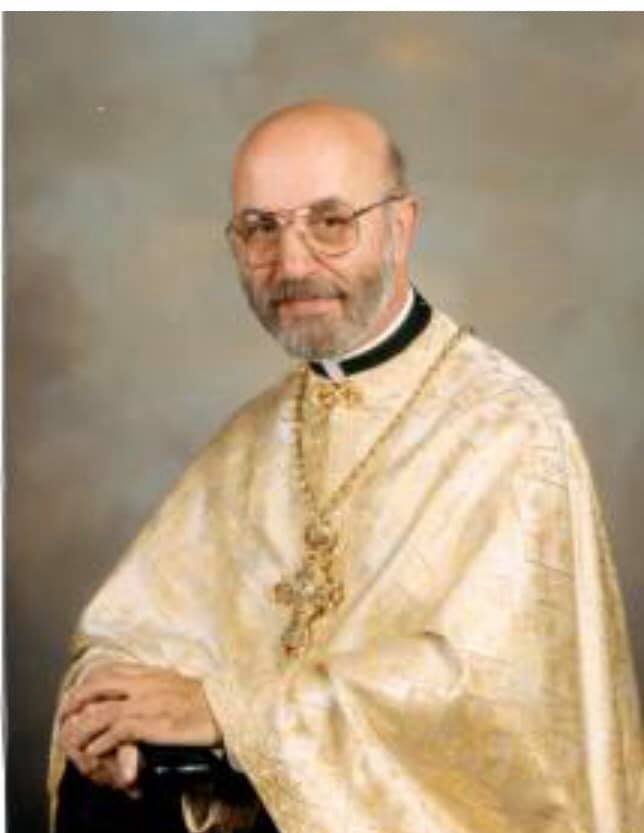 Father Arambiges will lie in state at St. Demetrios Greek Orthodox Church 2504 Cub Hill Rd. Balto. MD 21234 on Tuesday, Sept. 3rd from 11 AM to 9 PM. A Matins (Orthros) Service will be held on Wednesday at 9 AM followed by the Divine Liturgy at 10 AM with Funeral Services to begin at 11 AM. Interment in the adjoining Church Cemetery.

Family moved to Baltimore, Maryland in 1941

From the marriage of George and Vivian Maroulis there are two grandchildren:

From the marriage of Thomas Freeman and now Charles and Renee

Stombaugh there are three grandchildren:

Served the parishes of:

Was actively involved in the: