The American Hellenic Institute (AHI) announced it has published a fact sheet that details the humanitarian issue of the Missing Persons in Cyprus, a...
Read more
Church 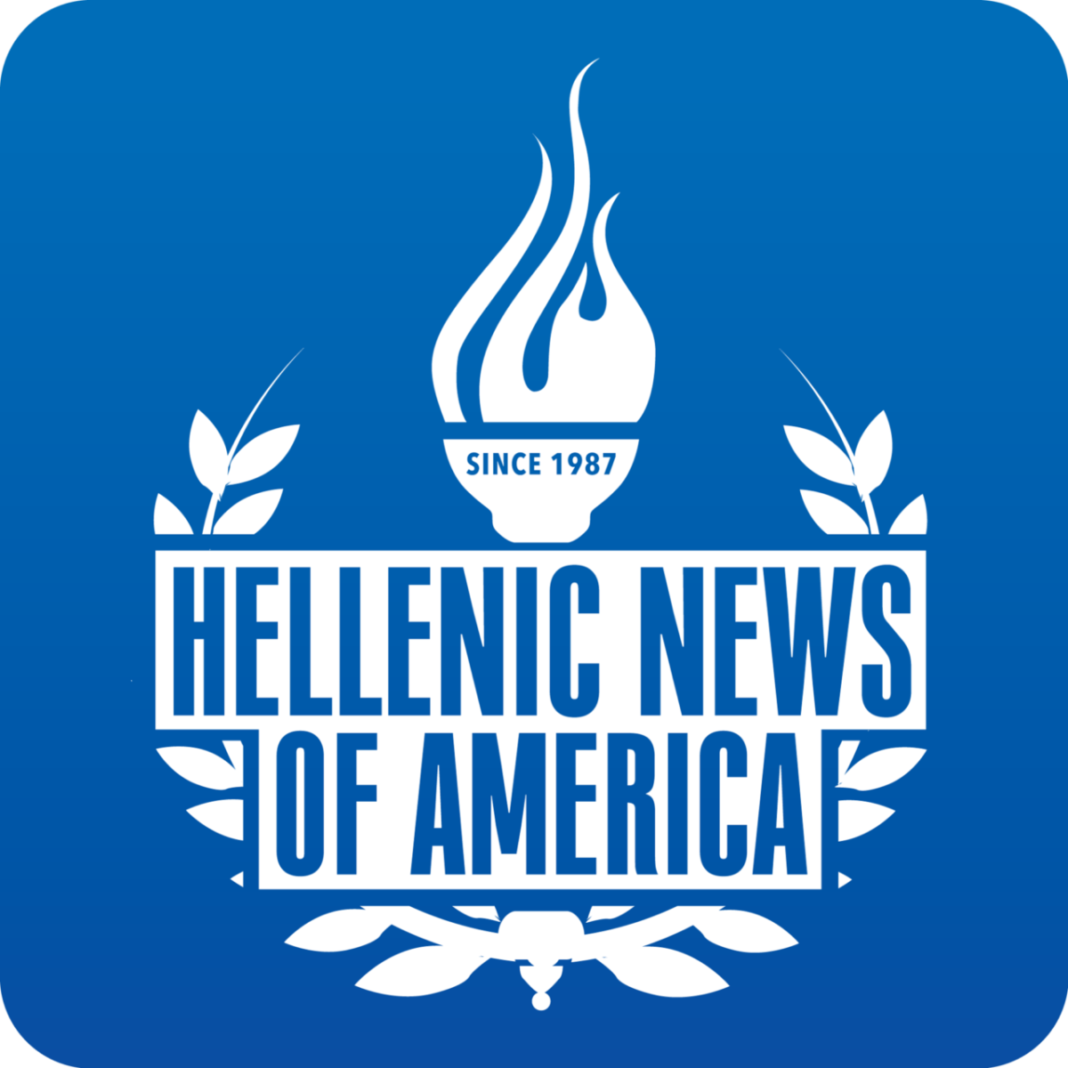 The etymology of the term leads to “orthe doxa, right faith”

In order to understand the importance of the Orthodox lifestyle we must revisit our progenitors Adam and Eve. The Ancestral sin of Adam and Eve lead humans outside of Paradise and separated them from God. God in his infinite love, having created man according to his image and likeness, knows that the only path of happiness for man would be the one leading man back to God. It was in his pre-eternal plan to become a Man himself taking upon himself all human characteristics except sin. He voluntarily tasted death in order to vanquish death. He ascended victorious into heaven, leaving his church as the guardian of the Truth. Through Baptism, man grafts his contaminated nature on the Body of Christ, His Church.  As a child of God he then finds his only true destination. The 2,000 years of the Church through human history with untold persecutions, is wondrous and proves its divine origin.

The name Christian, first given to the faithful of Antioch (Acts 11:26) is the steady name of every man who confesses the Son of God, having come from heaven, risen, ascended and seated at the right hand of the Father.
Through the ages many claimed the name Christian, without expressing the fullness of the Truth of Christ, many even denying His divinity and His mission.
The frequency of the word “Truth” in the Gospels and Epistles is not only impressive but of paramount importance.  Matthew emphasizes that whoever breaks one of the commandments, will be called least in the Kingdom of God (Mathew 5:19)

St. Paul orders Timothy to administer the word of the Truth (2 Timothy 2:15)

The insistence of holding on to the Christian Truth, the respect to its integrity and uncompromising devotion to its preservation, makes the difference between right and wrong, Orthodox and Non-Orthodox.

The journey of Hellenism from the very ancient years is characterized by the search for the truth. “What is truth” was the philosophical quest of Socrates, who expounded in his Apology that “ if someone does not come from heaven to reveal us the truth we will not be able to discover it by ourselves”, a profound spermatic word prophecy of the ancient world regarding the coming of God to earth so he can witness the truth!

The incarnation of God as the ultimate loving motive of the revelation of the Truth towards man is clearly grasped in Aeschylus’ tragedy “Prometheus Bound”.

“Do not expect to be redeemed from your suffering before God takes your suffering upon Himself and with His will he descends in the sunless Hades and into the lightless depths of Tartar (pp.1041-1043).

While the revealing of the truth was made accessible to all of us from the incarnated Lord, preserving it is a sacred duty of the Church as the pillar and foundation of the truth (1 Timothy 3:15).

The preservation of the faith once entrusted to the saints (Jude 1:3), was managed through the summoning of the Ecumenical Synods.

The presiding hierarchs of the 5 Ecumenical patriarchates with their bishops signed the dogmatic articulation of the faith after prayer and the invocation to the Holy Spirit, who leads and illumines the participants to correctly articulate the Orthodox teaching and condemn falsehood and heresy.

Synods are apostolic, ecumenical or local. The Synods during the first millennium were often summoned by the Emperor and the dogmatic articulations or canons are binding for the entire body of Orthodox Christians through the centuries.

Thus, the 1st Ecumenical Synod at Nicaea of Bithynia in 325 AD was summoned by St Constantine the Great. 318 Bishops participated. The main theme was the condemnation of the radical teaching of Arius that the Son of God is a creation and not coessential with the Father.

The 2nd Synod in 381 AD at Constantinople was called by Theodosius the Great, with St. Gregory the Theologian, Archbishop of Constantinople being its presiding hierarch. It condemned Arius and the heresy of Macedonius, who was teaching that the Holy Spirit is a creation of God thus blaspheming the Triadic dogma. The twelve articles of the Symbol of Faith (Creed) were articulated by the first two Synods.

The 3rd Synod in 431 AD at Ephesus was called by Theodosius II. It condemned Nestorianism and stated that The Mother of God is indeed Theotokos and not Christotokos, because she gave birth to God himself and not a mere human being.
The 4th Ecumenical Synod at 451 AD at Chalcedon of Asia Manor with 630 Bishops was called by the emperors Marcianus and Pulcheria and condemned Monophysitism.

The 5th Synod at 553 AD with 165 fathers was summoned by the emperors Justinian and Theodora. It condemned Origenism, Nestorianism among other heretical teachings.

The 6th Synod at 680 AD at Constantinople was called by the emperor Constantine Pogonatos. It condemned the heresy of monothelitism. This Synod decreed that Christ has both, a divine and a human will.

The 7th Synod at 787 AD at Nicaea of Bithynia was called by the emperor Constantine and his mother Irene the Athenian. 365 Church fathers were present. This Synod brought the iconoclastic controversy to an end; it anathematized the adherents of iconoclasm and declared that “the honor paid to the image is passed on to the original”.
It further dogmatized that since God appeared on earth as a human being and we “saw him as he is”, we can now depict his image on an icon.

The 8th Synod at 879-880 AD at Constantinople, was called by the emperor Basil the Macedonian under the guidance of the Orthodox Pope of Rome John VIII and the Patriarch of Constantinople and New Rome, St. Photios the Great. It ratified the decisions of the 7th Synod and condemned the Filioque clause that had just begun to be imposed in the West. He condemned Charlemagne’s heretical synods of Frankfurt (794) and Aachen (809).

The 9th Synod at 1341 AD articulated the distinction between the uncreated essence and uncreated energy of God, which was lost in the West. It further declared that man through hesychastic prayer can unite with God and experience theosis from this life.  St. Gregory Palamas, the staunch defender of hesychastic prayer or noetic prayer, presided in this Synod which condemned Barlaam the Calabrian.

The proponents of the above heresies distorted the truth and created their own christianism. Driven by their egotism and rationalism, they did not allow the Holy Spirit to interpret the truth in their hearts.  They chose as a criterion and measurement of the truth, their “ego” and their logic of the fallen man and overlooked the Ecumenical synods, the Holy Scriptures and the Holy Tradition of the Church. They overlooked the advice of St. Paul who most emphatically said, “stand fast and hold on to the traditions which you were taught , weather by word or by our epistle” (2 Thessalonians 2:15)
Repeating the plight of Lucifer who attempted to become God they pulled the majority of the Christian world to a false understanding of God. This false christianity is not able to heal man and lead him to the likeness of God.

The Ecumenical synods confronted all these man-made heresies. Correct belief is a criterion of authenticity according the Holy Fathers, because whoever loses the truth faith (orthodoxia) loses his correct lifestyle (orthopraxia), which is the therapeutic discipline by which the Christian heals his after-fall nature and becomes God-like.

All the heretical teachers with their cacodoxies lead to the loss of the therapeutic method passed down to us by the Lord and his disciples.

A characteristic example is the Latin Church which fell into many innovations after the Schism (1054). Its leaders distorted the therapeutic uncreated grace of God –the source of psychosomatic healing- into something humanistic and legalistic. This spawned the revolution of western man against this inimical God and his representatives, with an inescapable consequence, the emergence of Protestantism as an understandable reaction to the Papist distortion of the understanding of God and salvation.

The persistence of Protestants to the use of the term “Christian” instead of “Orthodox” is a result of the ignorance of the historical facts and struggles of our church saints so that “not an iota, not a dot (Matthew 5:18)” would be lost from the truth of Christ.

The divergences were so many and the danger of the confusion of the sheep of Christ by the noetic wolves was so threatening that it forced the bishops of the church to bequeath the name “Orthodox” to the One, Catholic (the one that includes the whole truth) and Apostolic Church, as a necessary safeguard, for what is true church and what false.

Religious relativism through the recognition of all the heresies as parts of the One truth is the biggest delusion of our times.

Orthodoxy as knowledge and vision of God leads us to Orthopraxy. Orthodoxy cannot be separated from Orthopraxy, according to “whoever has my commandments and keeps them he is the one who loves me and I will love him and I will reveal myself to him” ( John 14:21)

Orthopraxy once again, according the Holy Fathers is the very use of the therapeutic method, which leads man gradually to the cleansing of the heart (via the victory over the passions and the cultivation of the virtues), to the illumination of the mind and to theosis.

The tools for this therapeutic method are prayer, the study of the scriptures and the proper use of the mysteries of the Church, especially Holy Confession and Holy Communion. With Holy Confession the heart is cleansed and with Holy Communion man is united with God, a presupposition of salvation. The Lord was very clear: “I clearly say to you, if you do not eat the body of the Lord and you do not drink his blood you will not have life in you” (John 6:53).

Every other path promising salvation is proved to be a deception!

In conclusion we could say that Orthodoxy is not an estranged Christianity.
It is not the cultivation of guilt in today’s man, it is not fanaticism  and religious superstition but the THERAPEUTIC method of the holy fathers of our Church, the One Church that Christ brought into the world!

It is the word of Christ as given to the holy Apostles and through them to the Apostolic and subsequent Holy Fathers of the Church, through whom it was preserved through the centuries.

Orthodoxy is Christ and his Body, the Church itself!

The therapeutic method of the Orthodox Church, the way of the cleansing of the heart, the illumination of the mind and Theosis, is still producing Saints more than 2,000 years later and this path is available to everyone for free!